Yesterday afternoon the Green Lantern coaster at Warner Bros. Movie World suffered an incident that saw several riders stranded on the coaster while rescue crews worked to safely release them. As online speculation continues, we sum up a few of the observation and known facts. 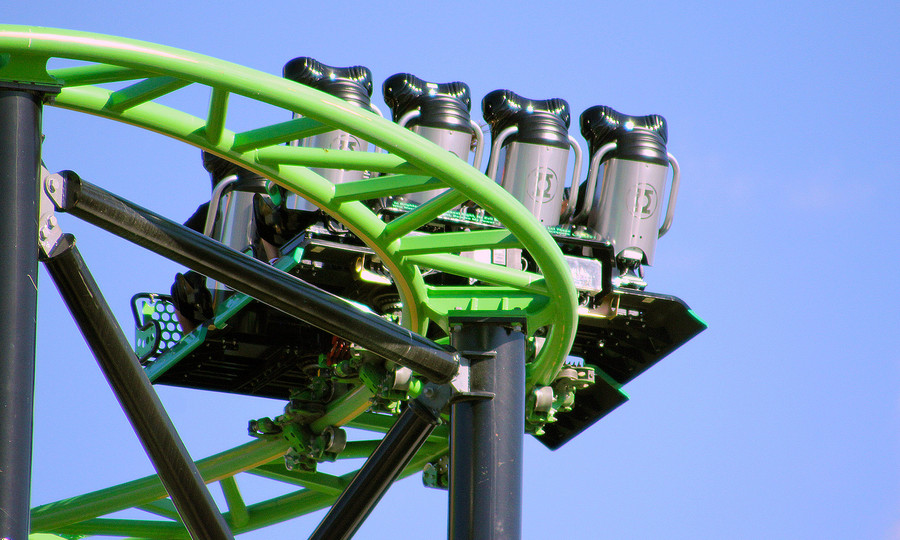 Image: Parkz. A photo dated 2012 showing a car in the same position where one was damaged and came to a halt yesterday afternoon.
By Richard Wilson
16 March 2015
158
Shares
Tweet

Riders onboard reported hearing unusual sounds before the ride stopped. Rachelle Williams, one of the riders on board told the Gold Coast Bulletin: "We heard like a grinding noise and all of a sudden we stopped really hard... we had no idea what was going on but there was a jolt and we could tell that we were tilted."

The riders trapped on the lift hill were able to be safely evacuated as in a standard scenario such as a power outage, as there were no apparent mechanical faults with this car.

The first responders allegedly told the other riders trapped on the course that there were only two bolts holding the car on the track. Rescue teams first worked to secure the damaged car to the track with nylon straps before starting to unload the riders.

At least two sets of wheels have been seen to have become separated from the car. One on the ground underneath the ride, one on one of the platforms next to a section of brakes. 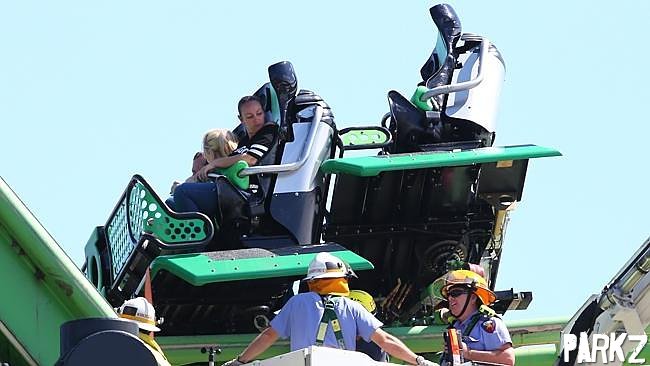 This photo from by David Clark (via Gold Coast Bulletin) shows both wheel bogies on the left side of the car are separated from the rail.

There is a possibility that rescue crews have removed some wheels once the car was safely secured to the track, in order to facilitate the safe removal of riders. 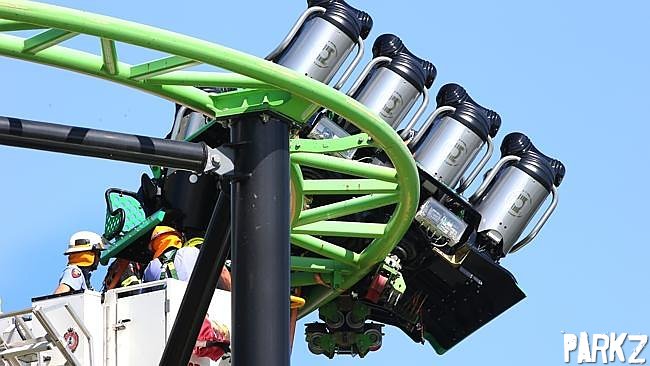 This photo by David Clark (via Gold Coast Bulletin) shows the view at the back, looking now at the right side of the car, both wheel bogies on this side have completely separated from the track.

The front right bogie is entirely intact with all six wheels. The back right bogie is missing its guide and upstop wheels. None of the wheels on the car appear to be engaged with the track as they are under normal circumstances; the car at this point is balanced on the track completely unattached and unaided by any safety mechanism or system.

The guide and upstop wheels are the only mechanism designed to hold the cars securely on the track. When these wheels failed, it would appear that the car came to a stop where it did through chance rather than the intervention of any specifically designed safety or backup mechanism. 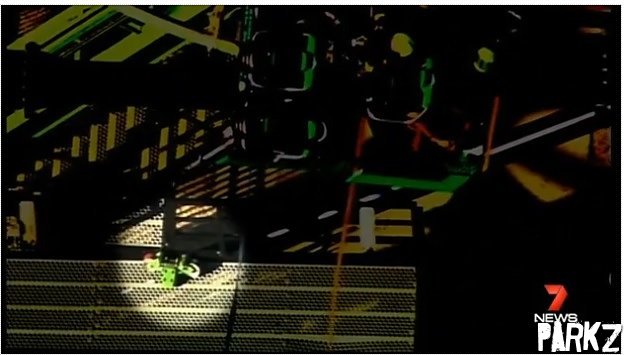 This Channel 7 helicopter footage shows that one of the sets of wheels that has become dislodged from the bogies It has fallen to a nearby ride platform. These appear to be upstop wheels. 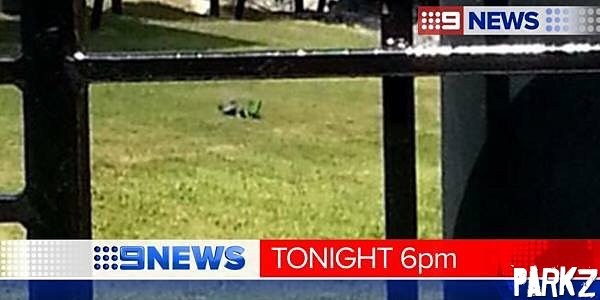 This Channel 9 sourced photo shows a second set of wheels dislodged, seen underneath the ride area where it fell.

The cause of this incident is likely to be the focus of intense investigations from Village Roadshow Theme Parks, ride manufacturer S&S Worldwide, as well as local authorities to determine the cause.

At this stage all we have to go by is that no one was seriously injured, and all accounts suggest that it is a serious incident that could render Green Lantern closed for weeks or months.