More characters – both villains and heroes – appear at DC Comics Super-Villains Unleashed, while an iconic but long-disused part of Warner Bros. Movie World looks to be gone for good. 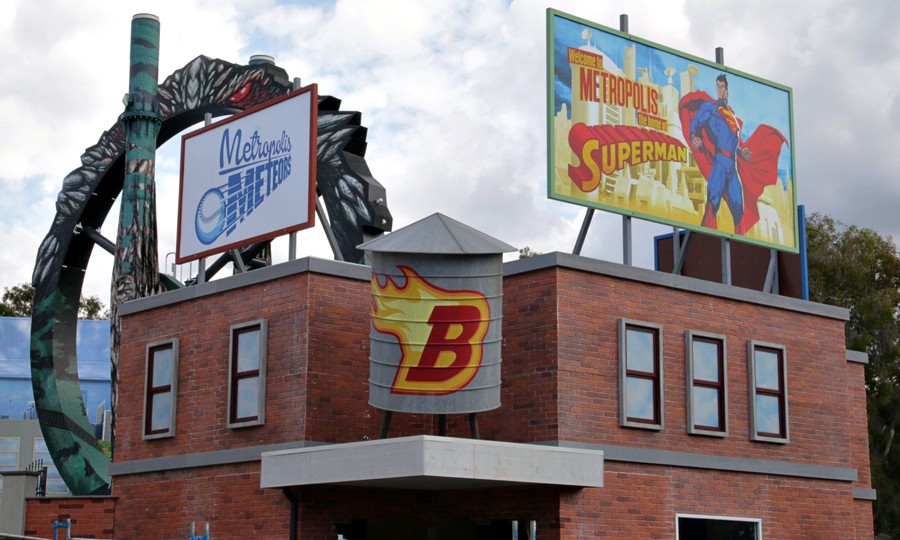 Right when you think that Movie World must be just about done with the theming work for Doomsday Destroyer and Super-Villains Unleashed, they take things one step further and add even yet more detail to what is already perhaps the most immersive themed attraction in Australia.

It's a very welcome change from the 2D cutouts and bare-bones themes of previous DC Comics themed rides at Warner Bros. Movie World 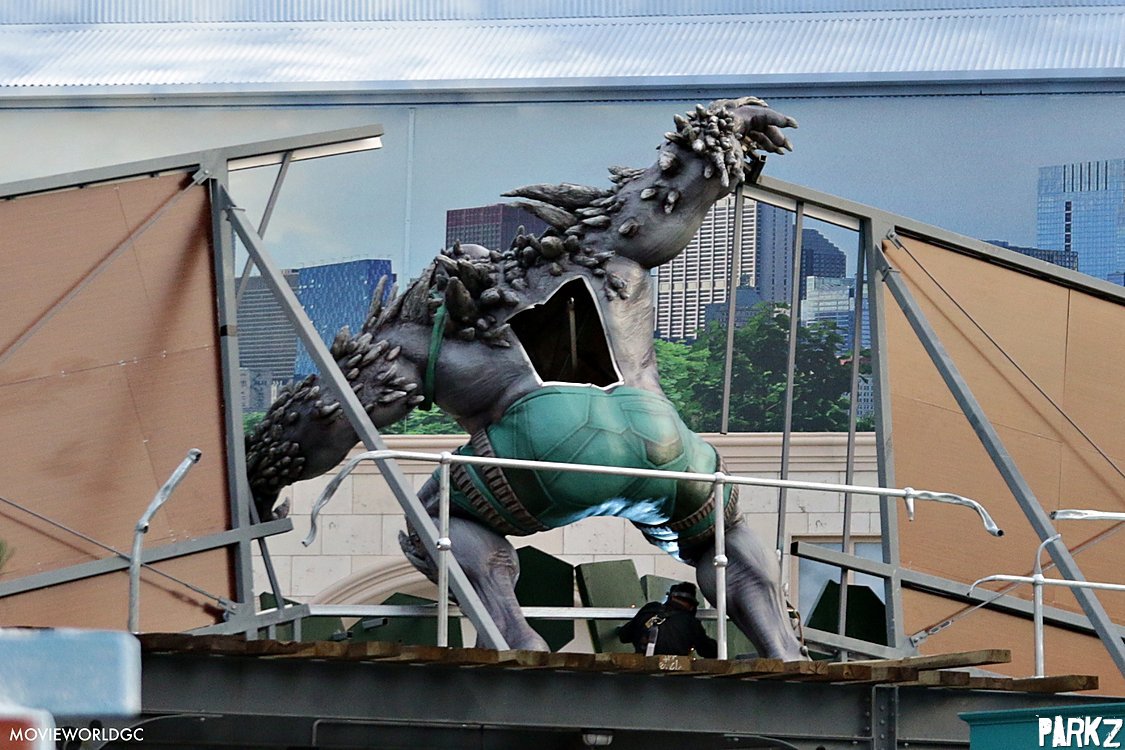 A Doomsday statue has appeared over the entrance to the ride. 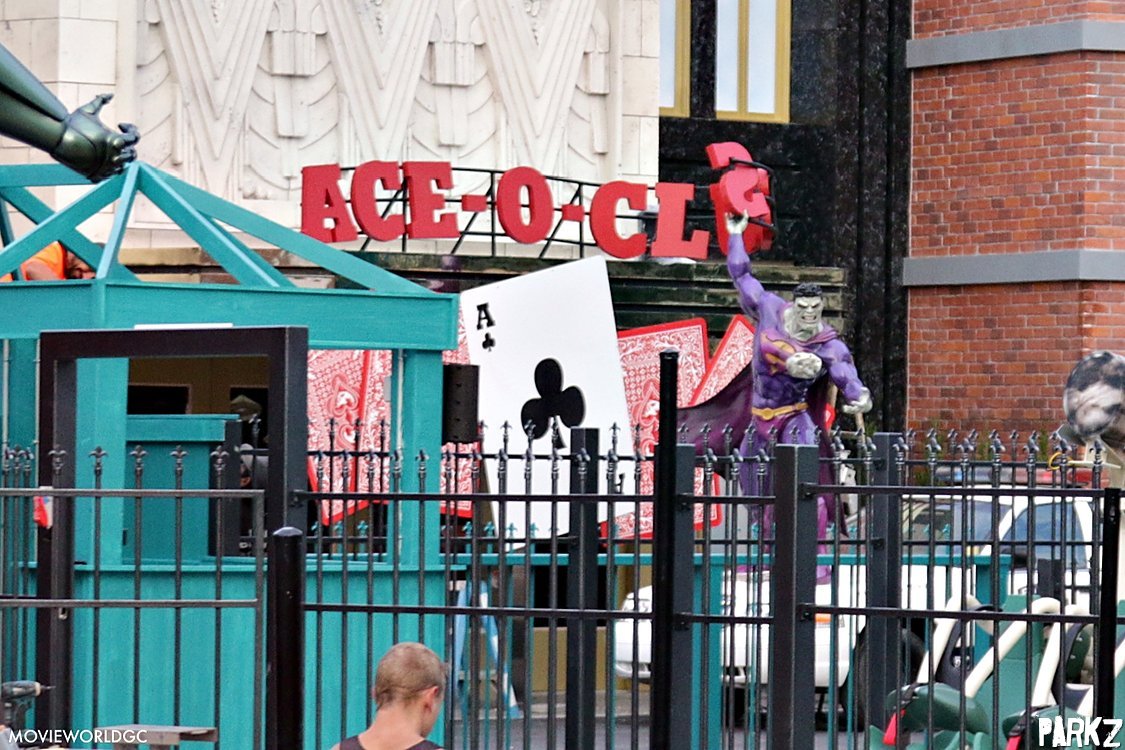 Bizarro tearing down the Ace of Clubs signage. 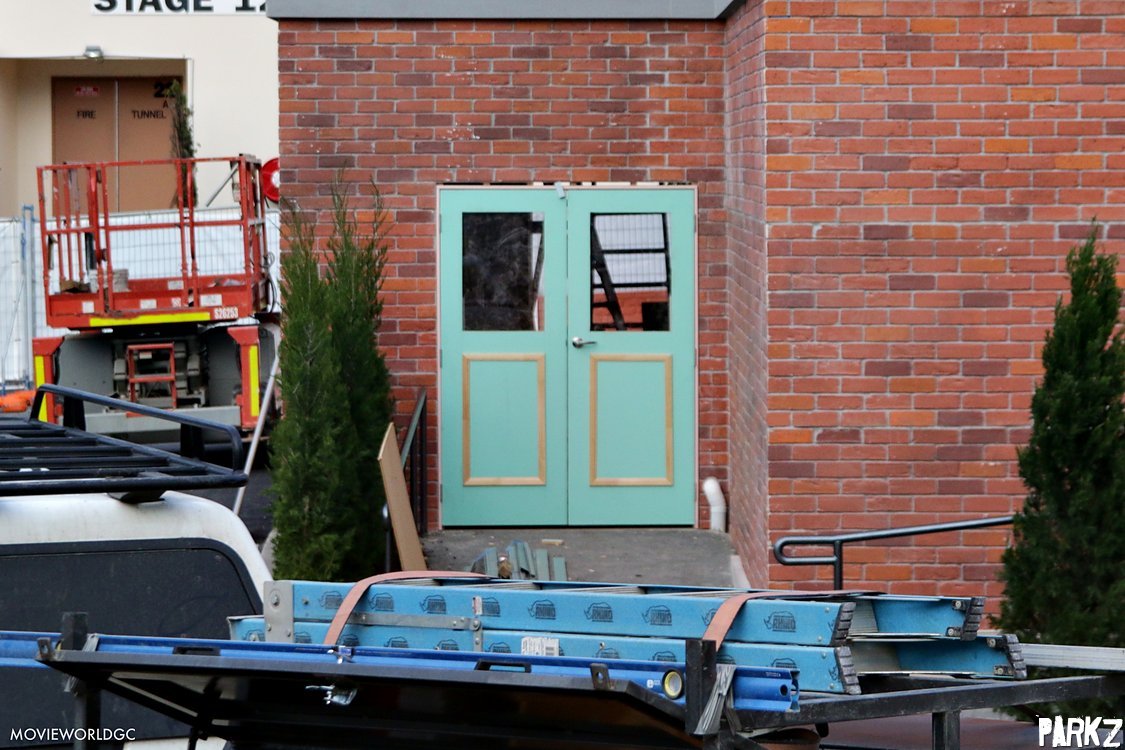 Doors in place on the ride shop building, 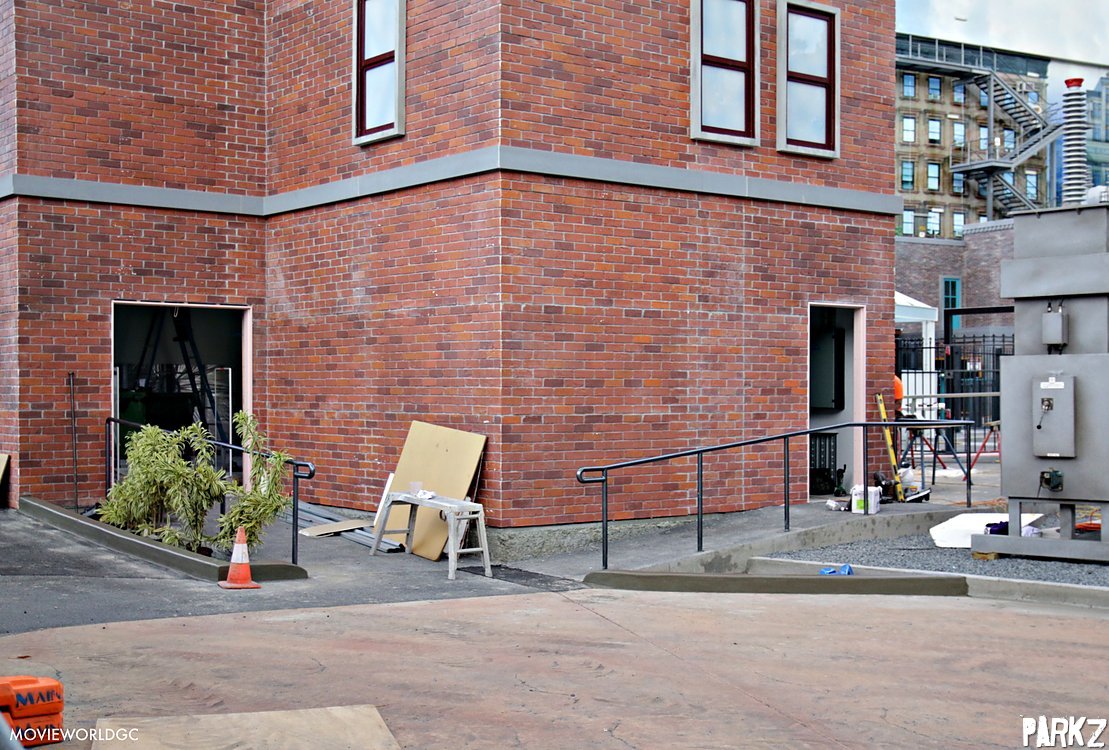 Finishing touches including gardens and handrails are put on the building, though the brickwork is still looking a bit rough around the edges. 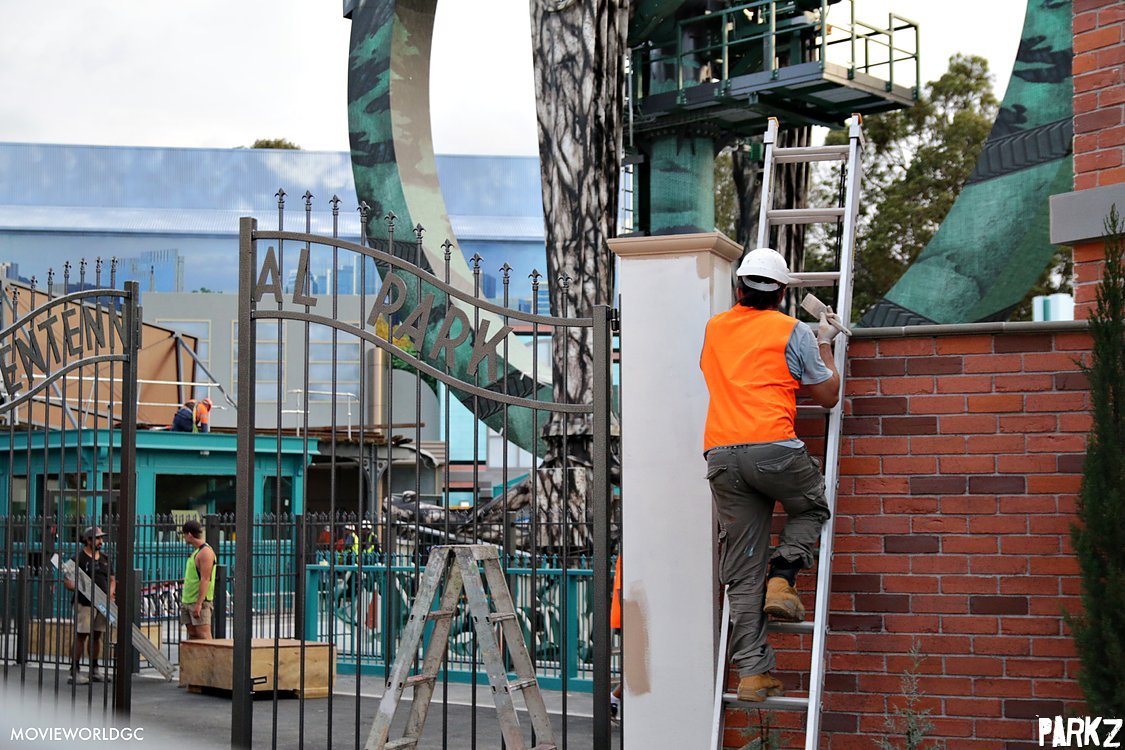 Work busily continues as finishing touches are put on the area. The besser block fence has been given a brick treatment to match the area's main shop. Sheets of faux brickwork in place. The grout where the sheets join looks OK, but it's everywhere else still needs to be filled in, like in the previous photo. 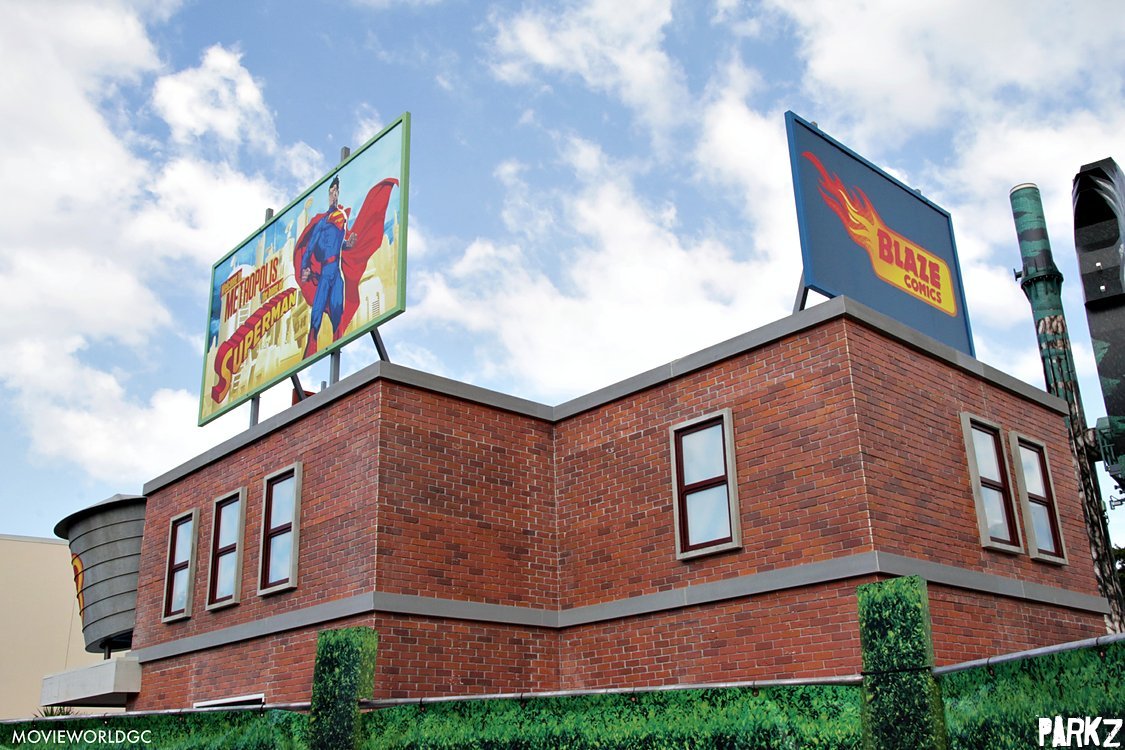 More signage goes up to add character and DC-ify the area. 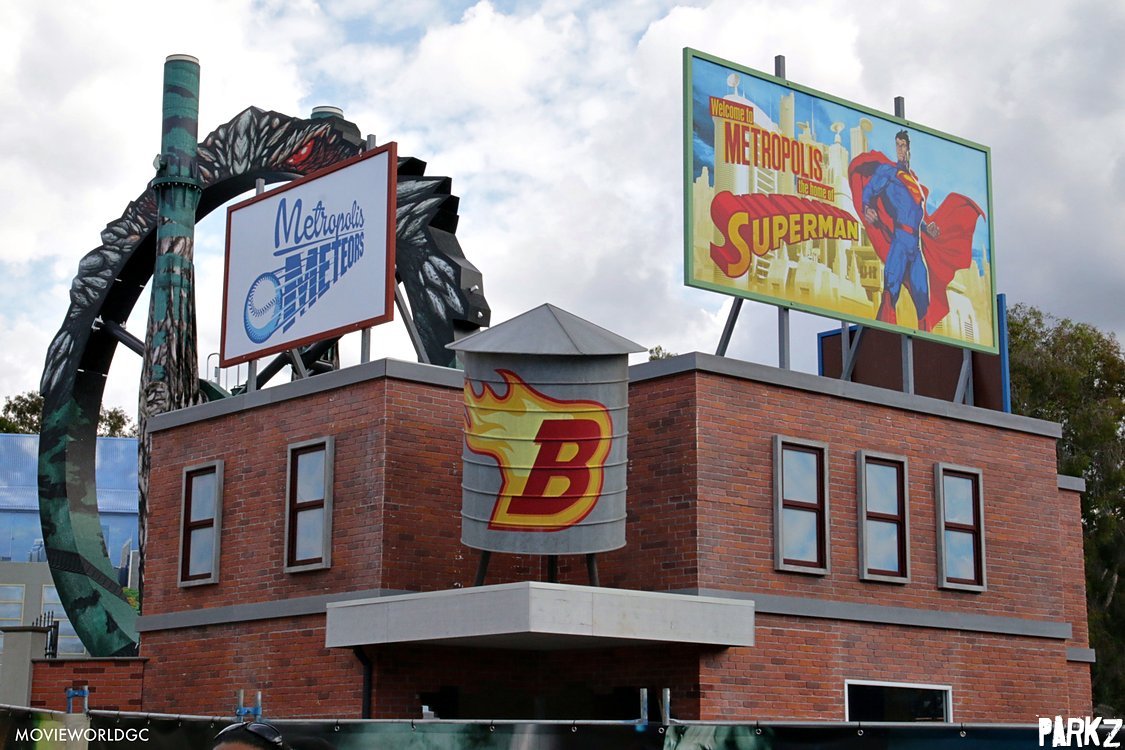 The area is starting to really capture that comic book vibe perfectly. If only superheroes were real, then superhero billboards might be a thing. 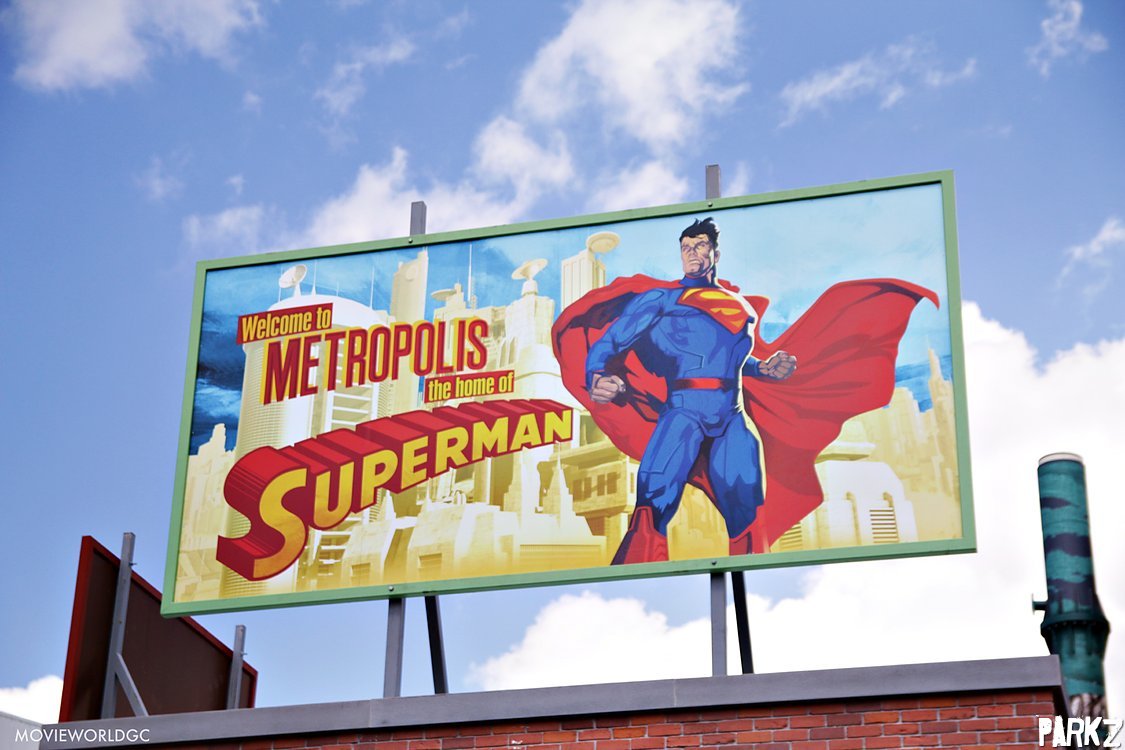 There won't be too many superheroes like Superman around DC Comics Super-Villains Unleashed. 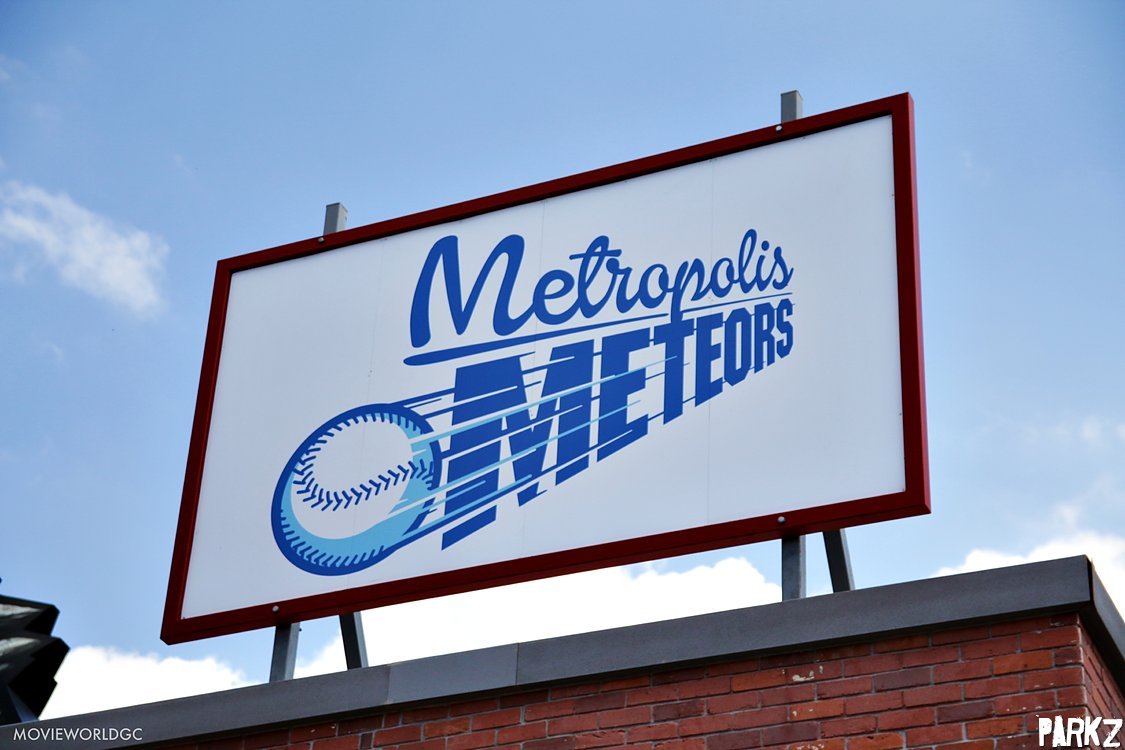 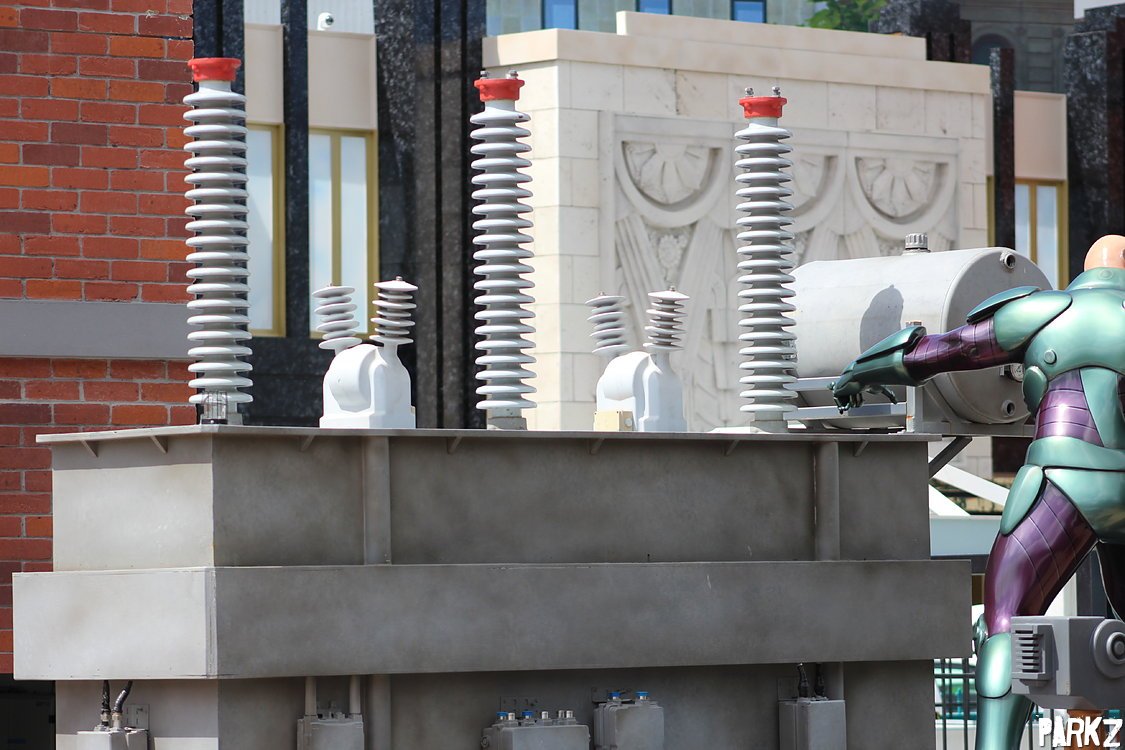 You can easily picture some nifty electrical spark effects coming from this transformer. 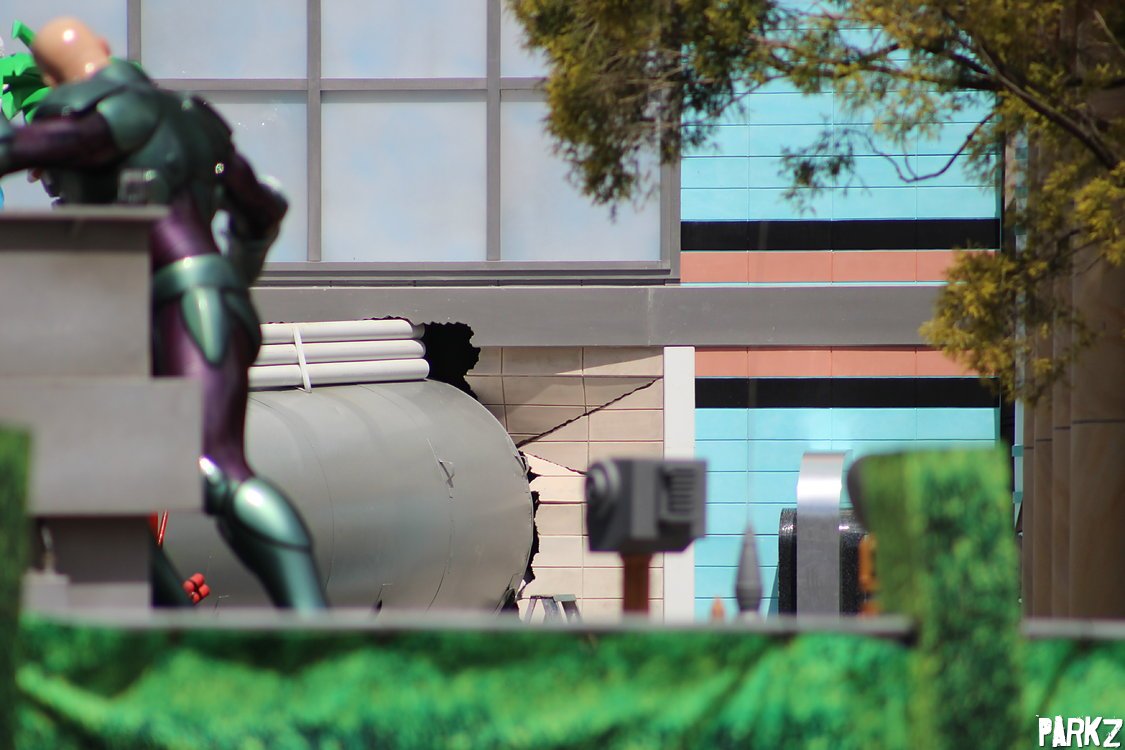 One solution to the tanker/awning sizing discrepancy discovered earlier: just smash the crap out of everything... that's what happens when super villains are unleashed!

Years after the retheme of Lethal Weapon to Arkham Asylum and the subsequent closure of the Chinatown alley, Movie World have finally removed the last remaining traces of the area. 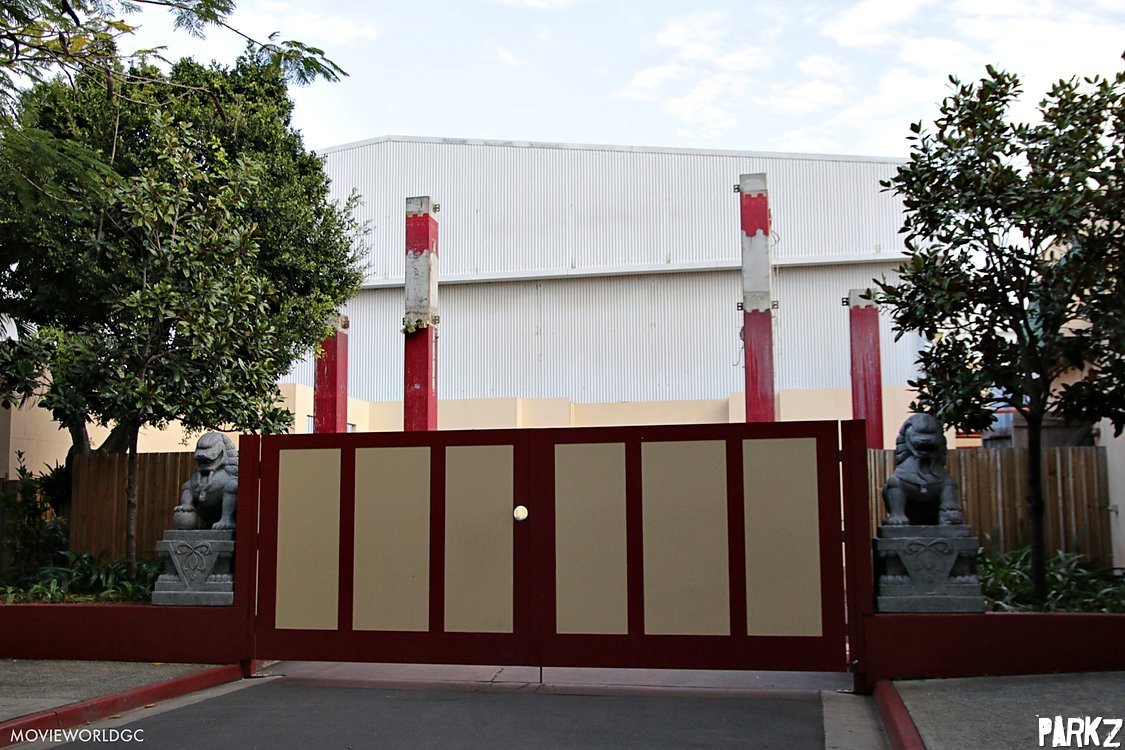 The awning over the Chinatown entrance has been removed, many years after the area was closed to the public.

Dirt continues to be moved around in one of the most exciting displays of dirt moving seen at Movie World since the last time they moved dirt around. 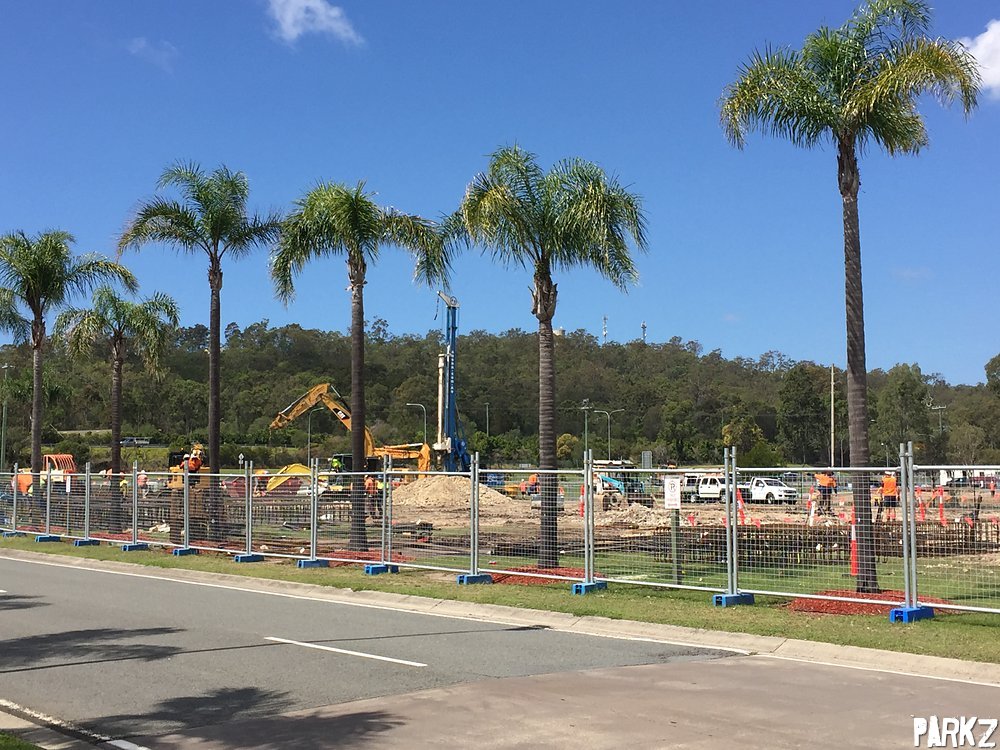 Foundation work is full steam ahead on the 2017 roller coaster. Survey pegs are also spotted on the opposite side of the swamp. This would be the likely location of the ride's station given its close proximity to Justice League and Green Lantern.

Doomsday Destroyer is due open in October, but with school holidays kicking off in the meantime, things might be looking good for a sneak preview by way of soft opening or technical rehearsals if you're lucky.

Thanks to Parkz members as always for the great photos that make such regular updates a possibility... JaggedJanine and themagician this time around supplied us with all the goodness!