Get ready to soar through the sky riding your very own dragon in a fantasy world inhabited by trolls, knights and pirate ships this season at Funfields theme park in Whittlesea, Victoria. 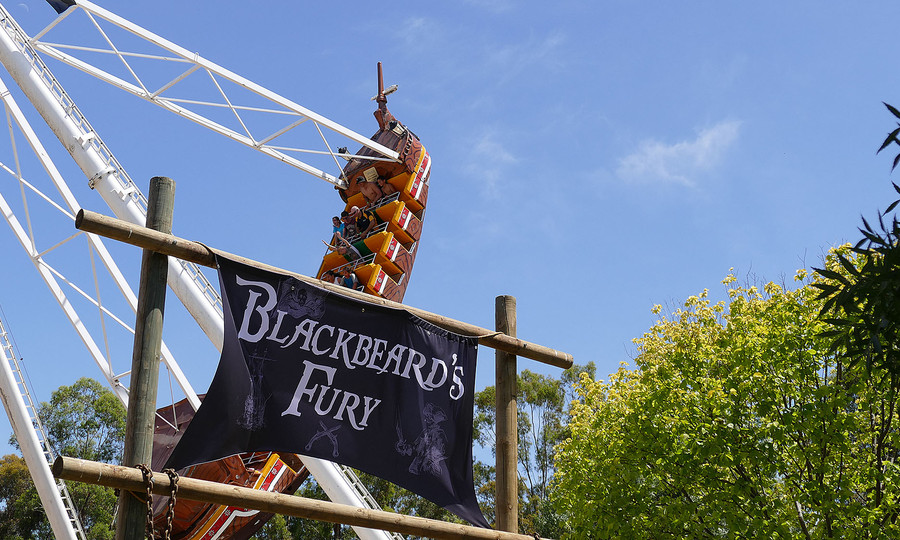 Designed and developed in Victoria, Dragon’s Fury is the first VR technology released in a themepark in Victoria.

Wearing the latest technology Samsung Gear VR Headsets visitors will experience the physical sensations of the death-defying pirate ship motion while being visually transported to a science fiction world.

Soaring through the sky riding your very own dragon you’ll feel the beat of your dragon’s wings while swooping under bridges and diving across oceans.

You’ll be bursting through clouds, avoiding the fiery breath of your fellow dragons whilst navigating around floating islands, warring pirate ships and evading a castle siege.

This experience will be more than you could imagine.

“Dragon’s Fury is truly out of this world and you won’t experience anything like this in Australia, you truly feel like you have been transported to another world”, said John Verga, Managing Director of Funfields. “We can’t wait for visitors to experience this exciting new attraction.”

“In addition to Dragon’s Fury VR we’ll be opening Birdy Cove Waterplay for toddlers, new mini go-karts and new racetrack, a new carousel, new Screaming Eagle Go-Karts and an architectually designed icecream shop which will be sure to please families of all ages”, said John. “With 20 rides and attractions, there’s something for the whole family at Funfields.”