Gold Coast theme park Dreamworld will be closed until further notice due to today's incident on the iconic Thunder River Rapids ride where four riders were tragically killed. 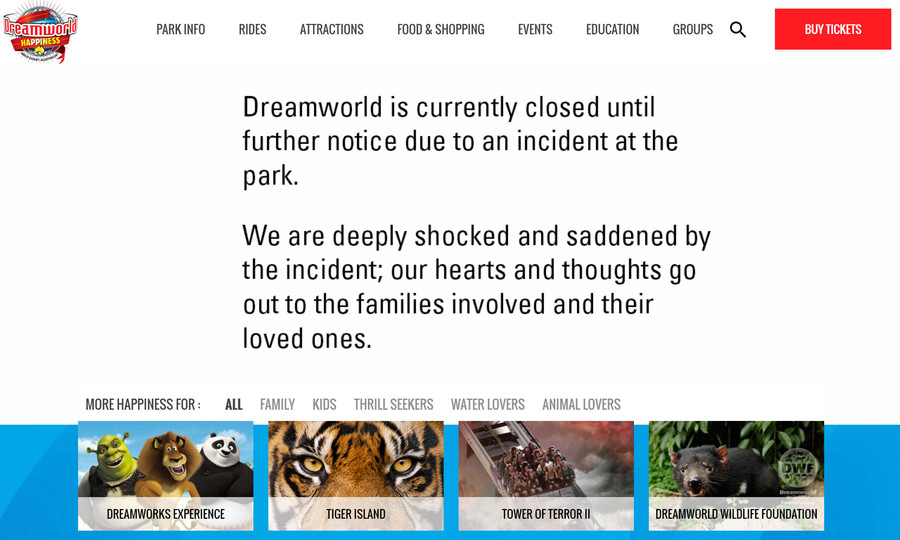 The unprecedented incident occured in the early afternoon and left four riders dead on the popular ride.

Dreamworld have placed a simple statement on their website:

Dreamworld is currently closed until further notice due to an incident at the park.

We are deeply shocked and saddened byt he incident; our hearts and thoughts go out to the families involved and their loved ones.

Earlier Dreamworld owners Ardent Leisure announced in a letter to shareholders that the theme park "will remain closed tomorrow as a mark of respect for the victims and their families."