Dreamworld's announcement of a flying theatre attraction is the first indication of a real recovery strategy. 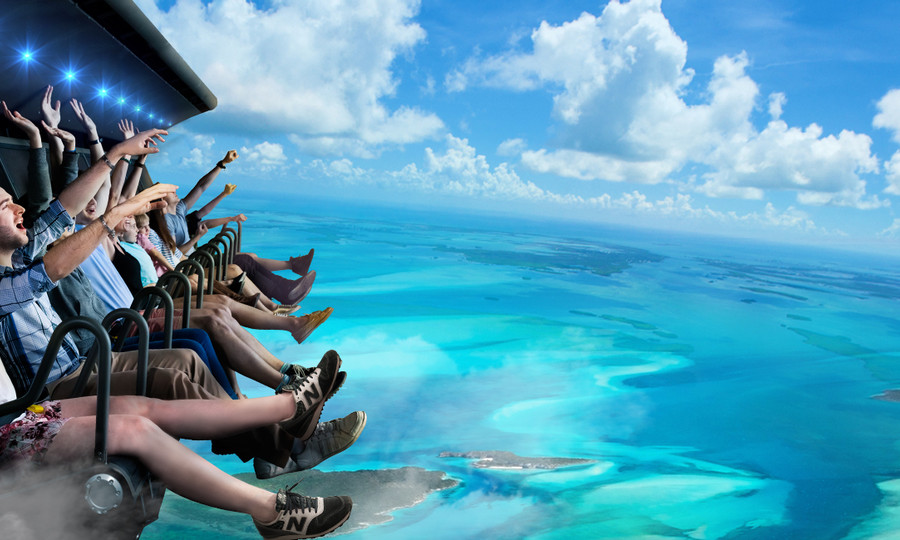 The simulator attraction – due to launch at Dreamworld in late 2018 – will be the first of its kind in Australia. It's an incarnation of a concept first popularised at Disney California Adventure with Soarin' Over California, and one that has been on the wishlist for many Australian theme park fans.

It will replace the Dreamworld Cinema, a largely underutilised facility that was originally an IMAX theatre when the theme park opened in 1981.

At a press conference yesterday Dreamworld CEO Craig Davidson spoke about the content of the ride: "This technology will take visitors on a flying, soaring, swaying ride over some of the most beautiful contryside in Australia. It has an adventure element as well. It's a ride for families and all ages from four to 94 years of age."

It's the first signs of a real recovery for Dreamworld; it's been more than a year marred by extensive downtime and ride closures. Dreamworld have set their eyes on a year from now as they seek to claw back the public's trust and support.

The ride will feature four 10-seat arms that tilt, surge and roll in front of a hemispherical screen. Riders are exposed to wind, sound, light, mist and smells throughout the journey.

It's undoubtedly going to be a success much like similar installations around the world, though like many other Dreamworld rides, low capacity will surely lead to long queues if it's as popular as it deserved to be.

40 seats and a ride experience of 4-5 minutes as is common on this style of ride will give the ride a theoretical maximum capacity of 400 riders an hour, half the hourly capacity of almost every major ride at Warner Bros. Movie World or Sea World.

Dreamworld are working with Brogent to deliver the as-yet untitled flying theatre simulator attraction by late 2018.