Gold Rush and Thunder River Rapids come down at Dreamworld, no plans for a replacement

Dreamworld permanently remove Thunder River Rapids and its surrounding area, but indicate that there are no plans in place for the expansive area. 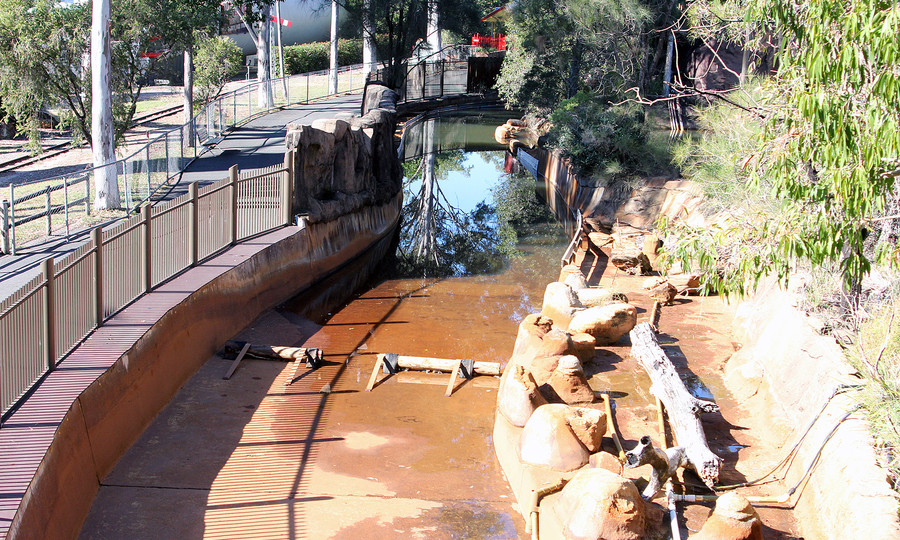 Dreamworld have followed on from the long-awaited demolition of Eureka Mountain Mine Ride in December 2017 to permanently remove Thunder River Rapids and the surrounding area. A tragic accident on Thunder River Rapids in October 2016 left this corner of the theme park closed and earmarked for demolition following official investigations.

No decision has been made on future plans for the Gold Rush site.

The removal is in line with CEO Craig Davidson's conversation with Parkz where he suggested that the decomissioned Skylink Chairlift would come down as part of a wider project to clear the area once the theme park got the OK to remove the rapids ride. Buzzsaw will soon be the last remaining attraction in what was once one of Dreamworld's largest and most iconic themed areas.

The expansive demolition project is well underway, though the park has no actual plans in place for the large area prominently located at the front of Dreamworld.

The next phase of Dreamworld’s remediation of its broader Gold Rush area commenced this week.

The broader Gold Rush site works began in September 2017, with the demolition of the mine ride
mountain and ride infrastructure. The next phase of these works include:

The Gold Rush area remains cordoned off from the main Park and, where possible, site access for
demolition of infrastructure is being undertaken out of Park operating hours.

Our hearts and thoughts remain with the families and all those affected by the tragedy. No decision has been made on future plans for the Gold Rush site.