The future looks bright for Gold Coast theme parks Sea World, Warner Bros. Movie World and Wet'n'Wild Water World as they commit to continued investment in new attractions off the back of their best year ever across the board. 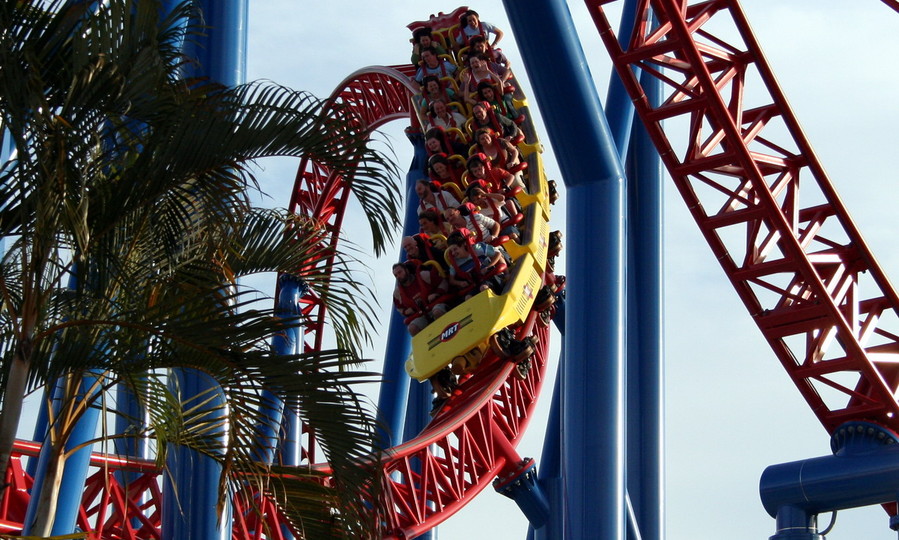 The latest reports from Village Roadshow, owners of Warner Village Theme Parks show that the company continues to perform strongly, with several new attractions due in the coming year.

Annual attendance at Warner Village Theme Parks' attractions exceeded 4.2 million guests for the first time ever with the three major parks showing strong positive growth, the figure bolstered by the colossal 18.8 per cent increase at Wet'n'Wild Water World. Warner Bros. Movie World and Sea World achieved over 1.3 million guests each, up 5.8 and 6.9 per cent respectively.

Australian Outback Spectacular continues to maintain 95 per cent occupancy, an impressive figure that has been in place since the attraction opened nearly two years ago. Paradise Country, a farm experience marketed to international visitors continues to perform well with its attendance up 6 per cent. Warner Village Theme Parks are now offering a half-day tour of the farm aimed at locals and domestic visitors.

Financially, the parks delivered their strongest year ever with EBITDA up to $82.8 million, making it the showbiz company's most profitable division.

Amid strong competition from nearby Dreamworld, which a year ago upped the ante with its WhiteWater World water park, Warner Village Theme parks are set to continue investing in their theme parks to ensure that their offerings are kept fresh and relevant.

Sea World will open its first new major attraction since Shark Bay's debut in 2004. Expected to be a hippopotamus exhibit, it will build on the park's strong wildlife heritage.

Warner Bros. Movie World looks set to launch a new stunt show with the Police Academy Stunt Show slated to end its near two-decade run at the theme park. It is one of the few remaining attractions that opened with the park in 1991.

Dreamworld's current strategy for the future is to continue to market Mick Doohan's Motocoaster, its latest major attraction, with no plans for more new attractions at this stage.