Despite South East Queensland's first truly wet summer in a number of years, Macquarie Leisure's theme parks have performed well against the same six month period a year ago. 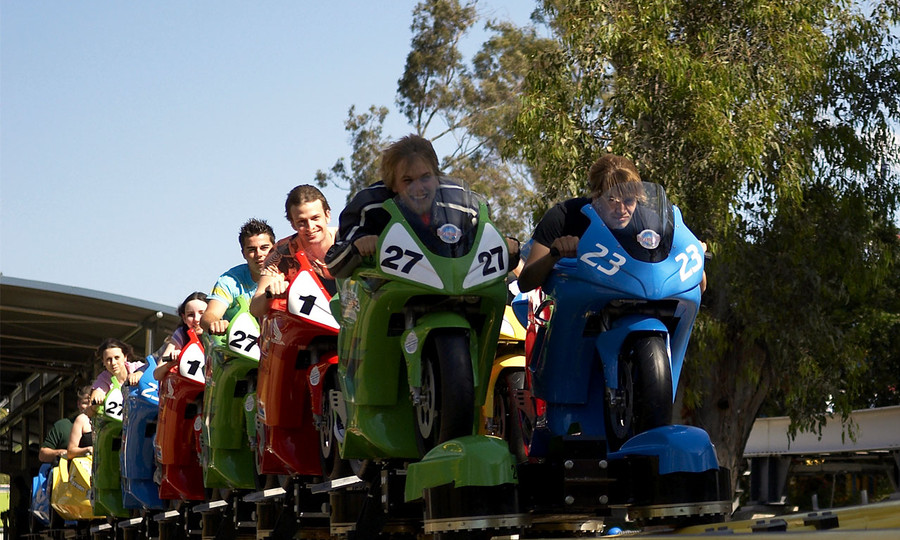 Image: Dreamworld. Back on track... Dreamworld attendance up following the launch of Mick Doohan's Motocoaster.
By Richard Wilson
22 January 2008
Tweet

Last time Dreamworld opened a new thrill ride, 2004's The Claw, it was met with an attendance boost of nearly 11 per cent for corresponding six month period.

Despite slow growth in attendance, the park has reinforced per capita spend for yet another year, with patrons now spending $66.29 on average per visit. This result is up nearly six per cent on a year ago.

Greg Shaw, CEO of Macquarie Leisure Trust Group stated that:  “Dreamworld’s trading performance has been very pleasing given that 14 days or 70 per cent of the period to date has been adversely impacted by wet weather resulting in the loss of significant day tour patronage particularly from the Brisbane market.”

WhiteWater World has had the benefit of its first full year of trading as it headed into the peak season. Total attendance since opening has reached nearly 500,000. The park experienced a 35 per cent boost in attendance for the peak January period against January 2007. Both this year and last year were thwarted by colder, wetter January periods than normal.

The coming year looks set to be a relatively quiet one for Dreamworld as the Motocoaster continues to headline the park's attraction lineup. Plans are underway for an expansion of WhiteWater World.