What rides have you gotten stuck on, or have seen broken down?

I just Got back from la and i got stuck on a lot of rides ! So i'm going to tell you my story Grizzly River Run : at DCA aka Disney California Adventure : got stuck there for 10 mins The Little Mer

^ Been married for 2yrs, not feeling your pain yet. Maybe you should trade in for a newer model? 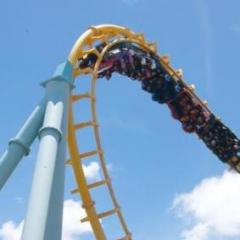 Just to clarify, Shockwave is not in the Big 9. I wonder what's wrong with TailSpin?