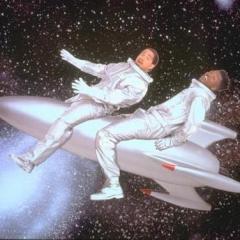 Had an awesome time at the Sydney Royal Easter Show this year, and it was a pleasure to meet @HussRainbow87, who was working on the Beast. Was so cool to see how the ride operated, and then had easily

@Tim Dasco and myself spent the afternoon at the Perth Royal Show sideshow alley preview day. How we got the invite was a story in itself. Tim went on lots of the rides(tons were open) and we got