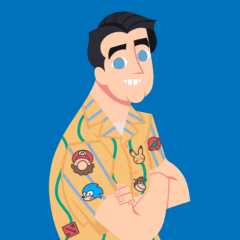 Good to see Movie World and Dreamworld battling it out where it really matters - Who was the worst park map...

A lot of theme parks are going down this route and I hate it. My biggest gripe is that it seems to eliminate the human factor of navigation using landmarks to get around. Most people will plot a menta

All the same criticisms from Movie World's 2017 map change can be applied to Dreamworld. This includes:           It is rather amazing that the same people wh