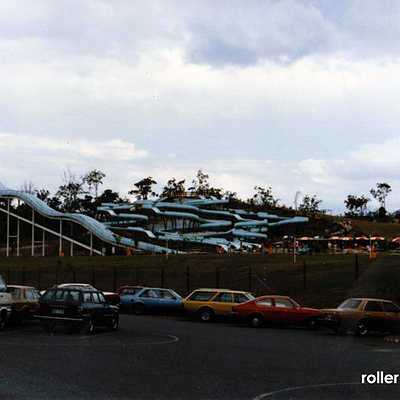 Former water slide at Wet'n'Wild Gold Coast. Built by Professional Recreations and opened in 1984.
Been on this?
90

Click on the item you wish to change. Your submissions will be verified for accuracy; please allow 24-48 hours for approval.
Originally named 'White Water Flumes', these were the original 4 body slides (All open) at Wet 'n' Wild, named Cascade, Bombora, Ripcurl and Pipeline.These four slides were originally designed to be ridden on mats. They were the first slides in the world to use a teflon coating for a smoother and faster ride. The way the slide sections were joined was revolutionary, in using Sikaflex®, instead of silicone, the previous filler of choice, which did not last as well.

In 1994, the slides were re-named 'River Rapids' as part of a refurbishment to form a whole new area known as 'Whitewater Mountain', which would also include a new separate slide - 'Terror Canyon'.

In 2007, this attraction was retired & replaced with 4 new body slides also known as the 'River Rapids'. 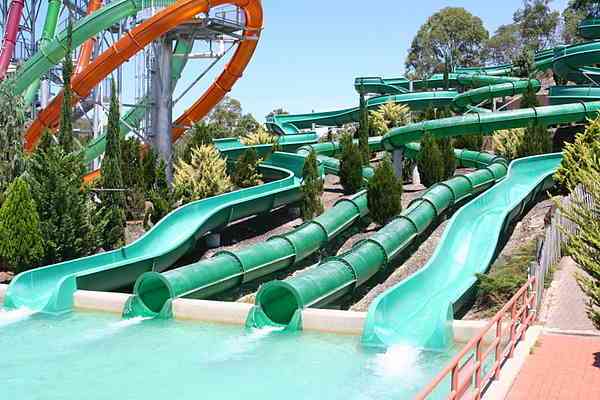 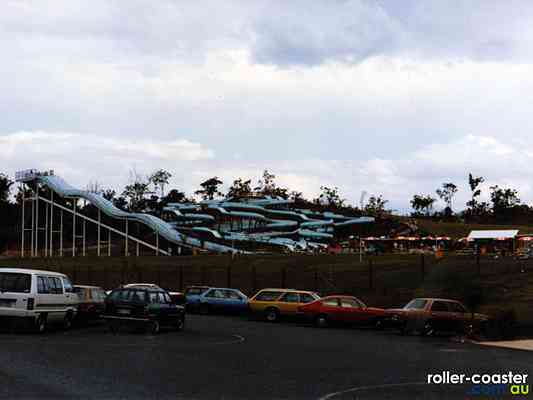