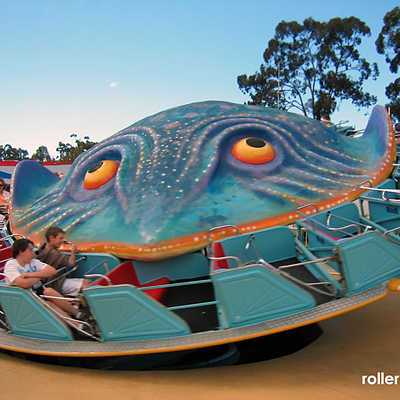 Former flat ride at Dreamworld. Built by Chance Rides and opened in 1983.
Ridden this?
120

Stingray was originally known as Roulette and appropriately themed to a roulette wheel. It was rethemed as a stingray in approximately 1994 with the introduction of Wipeout and the Ocean Parade themed area.

The ride was removed in May 2012. It was relocated to Funfields in Victoria where it now operates as Burnout. 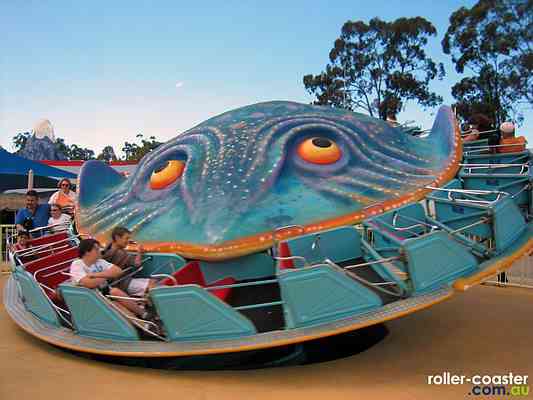