Australia's first Tornado will open next Saturday at Wet'n'Wild Water World on the Gold Coast. 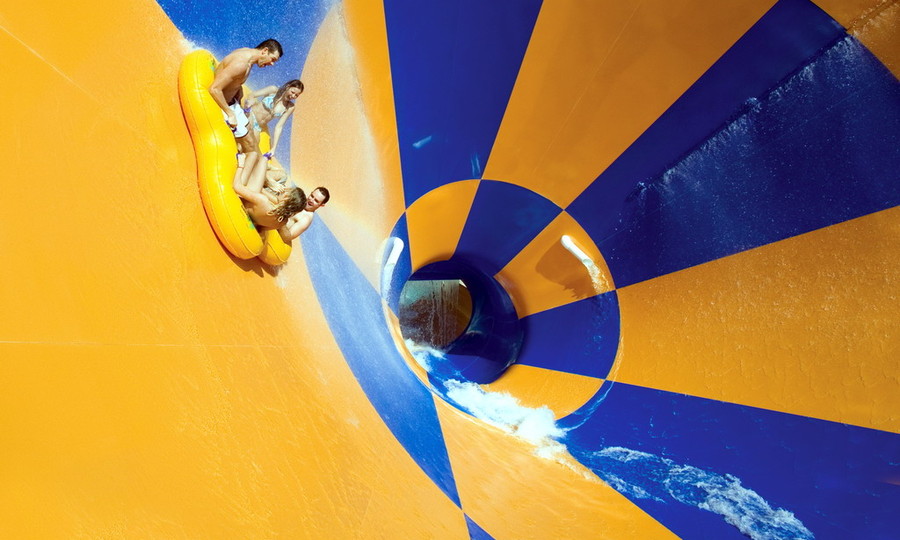 Image: WVTP. Completing a year of new additions to Wet'n'Wild Water World, making up the all new area Extreme H20 Zone, Tornado will let for riders ride the storm in this Australian-first attraction.
By Richard Wilson
8 September 2006
Tweet

Riders will begin their wild journey on the Tornado from a 15-metre high platform, then blasting down a 40-metre long tunnel into the middle of a storm. Here they’ll spin around the Tornado’s funnel in a four person clover-leaf tube splashing back and forth through the menacing, swirling water.

The new Tornado slide will complement Blackhole and Mach V, the existing attractions of Extreme H20 Zone which have opened in phases over the course of the past year.

The Tornado has already taken the USA by storm, with installations popping up at almost every water park across the country.

“The new Tornado slide is thought to be the most exciting waterslide in the world. Opening this giant new slide, along with Blackhole and Mach V, means that Wet’n’Wild Water World can now boast to be the biggest and best water park in Australia, with an increase in land size of 30% and a 50% increase in the park’s capacity,”  said Chief Operating Officer Steve Peet.

That's not all. Wet'n'Wild Water World will be adding beach volleyball courts, a half-pipe and even a stage, making Extreme H20 Zone an all-inclusive youth entertainment zone. It is expected that the park will be holding night-time events in the water park in the coming summer, similar to the Screamworld events which Dreaworld holds.

Dreamworld will also be opening an identical Tornado this December when Whitewater World, an all-new second gate water park opens this December.