Google Maps celebrated Australia Day in their own unique way - by performing a flyover of some popular Sydney landmarks on the day, allowing visitors to get an unparalleled look at these icons at an amazing resolution. 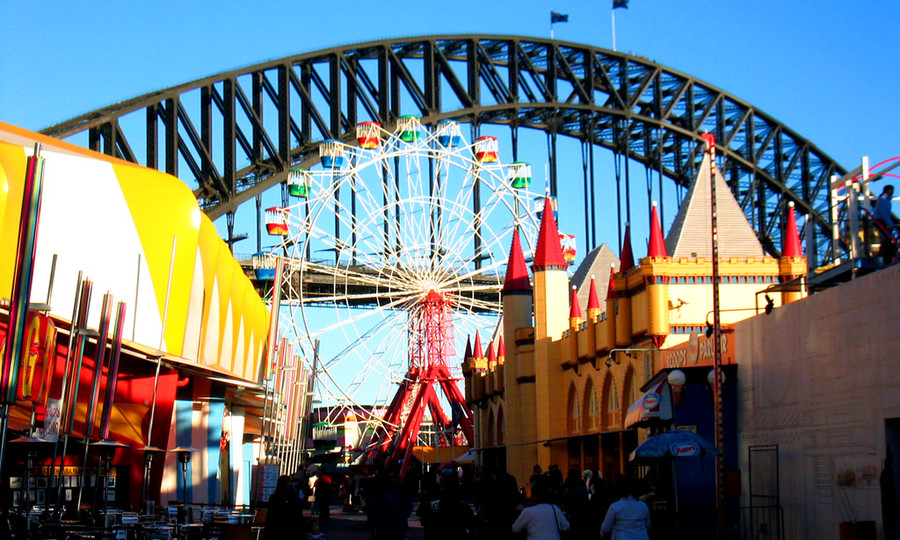 The flyover - the first of its kind in the world - took in many popular sights of Sydney on Australia Day, including Shark Bay, Bondi Beach, Queenscliffe Bay, Manly and a host of other areas of Sydney. Among them was Luna Park in Sydney Harbour.

Visitors to the Google Maps site are treated to an amazing up-close look at the 80 year-old theme park,. It's quite possible to make out individual people and even what colour their clothes are. Guests can be seen queuing for the park's Mad Mouse coaster, one of only a handful of wooden wild mouse coasters remaining in the world, taking a break at the park's range of food outlets and just generally enjoying their day at the park which could possibly lay claim to being the amusement park with the best views in the world - looking over Sydney Harbour and the Sydney Harbour Bridge.

Check out the satellite image, part of our Luna Park profile.