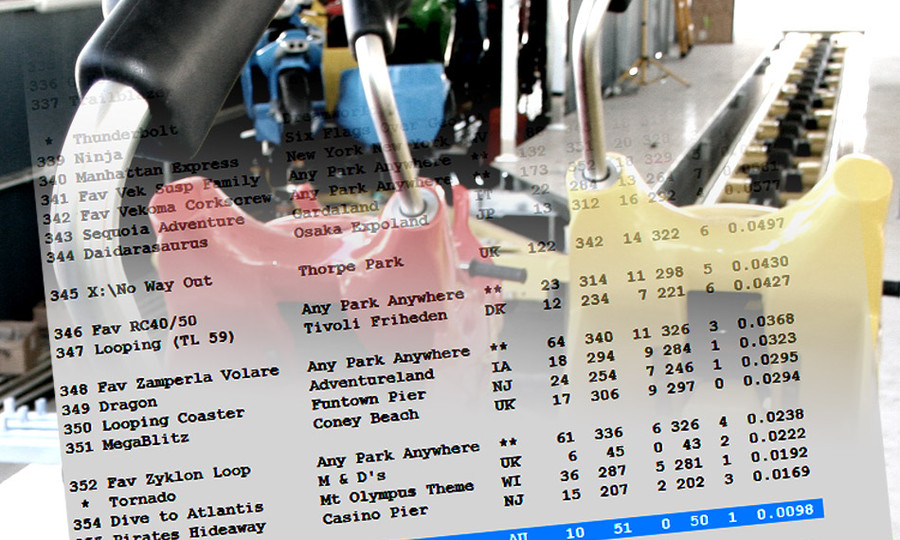 Each year roller coaster enthusiasts around the world get the chance to submit a detailed ranking of the coasters they have ridden. Mitch Hawker uses an advanced algorithm that compares each set of results to rank almost every roller coaster in the world.

Let's say a person submits a list which includes a ride very few others have included. Though it'd most definitely lose out if this were a simple vote where pure numbers count, instead Hawker's system uses other rides that person has ranked to then determine how that ride performs in relation to other rides, using more popular rides that appear on many submitted ballots as benchmarks. So long as a ride gets at least six votes it is included and can be ranked effectively and without bias.

The system is so effective and popular among enthusiasts that many theme parks overseas will proudly advertise their rankings and use them as a selling point for top-scoring rides.

In its first year in the poll, Superman Escape achieved Australia's highest ranking at position 16. It maintains the title as Australia's best roller coaster though has slipped down to position 35. Warner Bros. Movie World also takes the number two position in Australia with Scooby-Doo Spooky Coaster in at 151.

On the system's 'winning percentage' figure that ranks each ride, Mick Doohan's Motocoaster came in with just under 1 per cent, beating out Goudurix, a Vekoma coaster from 1989 at France's Parc Astérix with a 0 per cent rating. Motocoaster ranked as the worst new roller coaster of 2007. By comparison, Superman Escape achieved 88% and Scooby-Doo 56%.

Now defunct, the oft-criticised and almost universally hated Thunderbolt roller coaster at Dreamworld achieved a higher position than Motocoaster at 338, or 6.8 per cent.

Australia's other coaster of 2007, Wet'n'Wild Water World's SurfRider, was not included in any ballots and as such not ranked, possibly owing to its low-key debut at the Gold Coast water park. Other identical rides overseas achieved results in the 150-200 range.