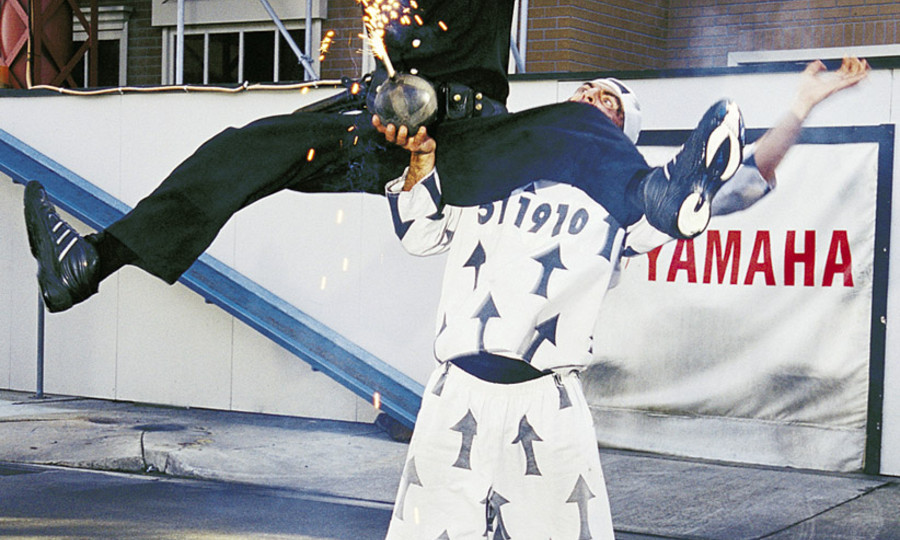 Based on the Police Academy film series, the show brought to life the hijinks and chaos of the films in a uniquely humourous series of car chases, falls, explosions and endless slapstick.

After 17 years of operating virtually unchanged, the show will make way for an all new stunt show centred around stunt driving.

The show appears to be based on the Lights, Motors, Action! show at Disney's Hollywood Studios theme park at Walt Disney World, Florida. This stunt show at the popular movie park opened in 2005 to generally positive reviews.

Movie World has launched a handful of new shows over the years, most in the indoor stunt show arena in the Western section of the park, which sits largely dormant most of the time. Just about all these shows shared one thing in common: few lasted more than a few months, largely unpopular due to weak storylines, problematic scripts or poor production values.

Only time will tell if Movie World's new show will live up to the standards of its predecessor. One can only hope that it wasn't greenlit without a script that lives up to the quality of Police Academy.

Police Academy Stunt Show is due to run through to the end of April, with the new show opening in the same arena in October.