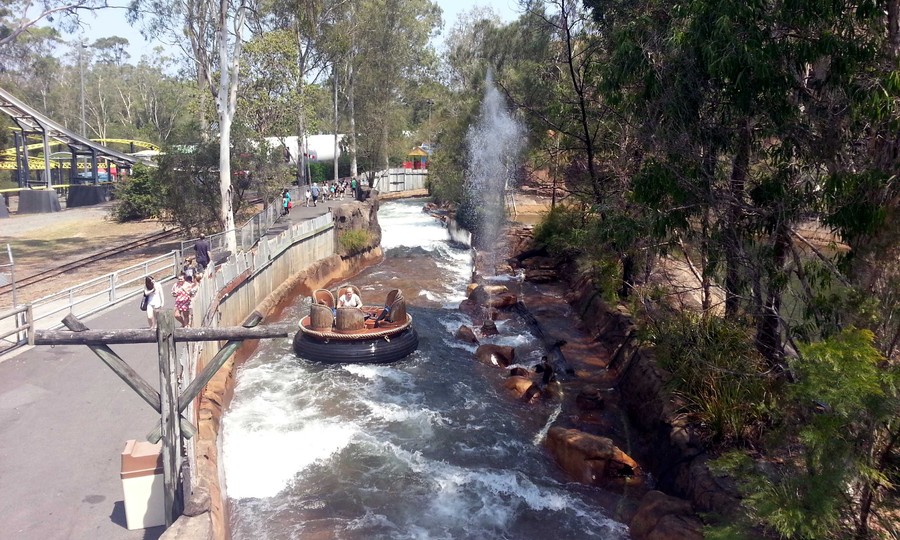 Update 6:20pm
Contrary to reports in media, Thunder River Rapids was not shut earlier this year for a similar incident. In early 2016, the Rocky Hollow Log Ride was temporarily shut when a rider was injured. In that incident a guest reportedly ignored the attraction's signposted rules and stood mid-ride. The two water attractions use vastly different ride systems and share little in common with their conveyor belt lifts.

Update 4:00pm
Dreamworld confirmed that three riders have been killed.

Four people have been critically injured at #Dreamworld. There is nothing further we can confirm at this stage.

Update 3:17pm
Close inspection of the Seven News footage shows one of the ride's 6-person rafts upended on the ride's conveyor belt lift.

Update 3:25pm
The incident appears to have taken place at the top of the ride's conveyor belt lift where it reconnects with the ride's unload platform.

Update 3:08pm
Sources are variably suggesting that the incident took place on either the park's Thunder River Rapids or Buzzsaw.

Nine News Gold Coast reports that one rider is believed to be deceased.

UPDATE: One person believed to be deceased and multiple people injured after accident at @Dreamworld_AU. #9News pic.twitter.com/4DUgfnIexs

The Daily Telegraph has reported that one person became caught in a conveyor belt.