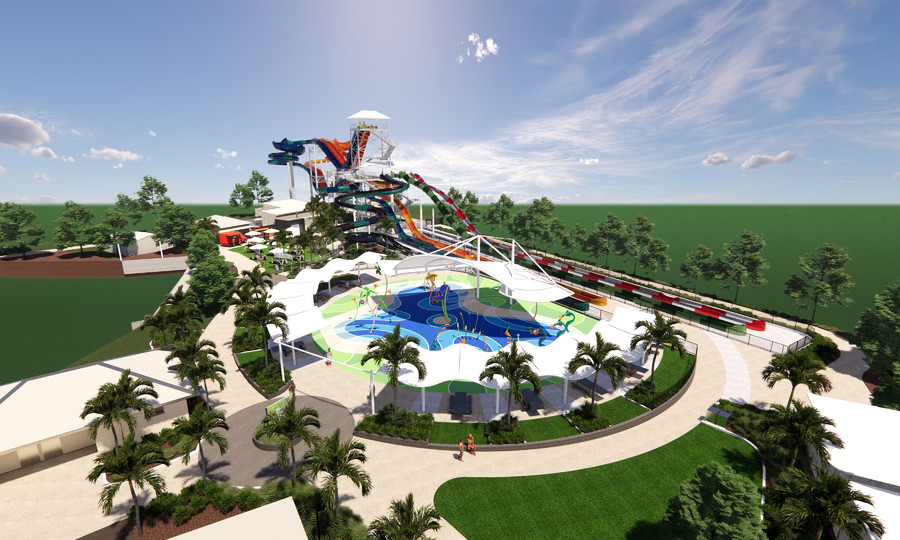 The investment includes an all-new, world-class waterslide complex for Wet’n’Wild which will be the tallest tower slide in Australia, a limited time only special event ‘Hooray For Hollywood’ at Warner Bros. Movie World featuring the biggest parade the park has ever seen and a new Meerkats exhibit at Paradise Country.

These new attractions and events will join the already announced New Atlantis Precinct at Sea World to make it one of the biggest years ever for the company, totalling an investment of $70 million dollars. Village Roadshow Theme Parks CEO, Clark Kirby said these investments reaffirm the company’s ongoing commitment to the tourism industry on the Gold Coast.

“We are delighted to announce this massive line-up of new attractions for our parks in the coming months and are excited to have the Deputy Premier here at Movie World,” he said.

“At Village Roadshow Theme Parks, we remain committed to providing world-class attractions and experiences for our guests and this $70million investment will play a vital role in reviving the Queensland Tourism Industry while also creating an additional 100 new jobs.”

Queensland Premier Annastacia Palaszczuk said new attractions would support the economic recovery of the tourism industry on the Gold Coast.

“New tourism infrastructure is an important part of our economic recovery plan for the Gold Coast,” the Premier said.

“To see one of the tourism industry’s largest employers investing in new attractions is a sign of great confidence in the Gold Coast.

“Because Queenslanders have been able to contain the virus, our economy has been able to open up. The Gold Coast is good to go. I urge Aussies, particularly those in southern states to escape the cold, come to Queensland and experience some of our world class attractions this winter.”

Deputy Premier and Minister for State Development, Infrastructure, Local Government and Planning Steven Miles said this was a significant commitment to drive Queensland’s tourism sector’s economic recovery. “Queensland’s theme parks have long been a major drawcard for domestic and international tourism, but the ongoing pandemic has hit them particularly hard,” The Deputy Premier said.

“Like our world class rollercoasters, the tourism sector has had its ups and downs over the past 12 months, but our message to Australians is that the Gold Coast and our theme parks are open for business and they’re better than ever.

“Queensland’s economic recovery has already begun, and we’re seeing that here with this investment creating an additional 100 new jobs as well as the indirect benefits for businesses across the Gold Coast.”

“This is a significant commitment by Village Roadshow to Australia’s world-famous holiday destination,” Minister Hinchliffe said.

“Village Roadshow’s new attraction line-up recognises the resilience of Queensland tourism and the Australian love of a Gold Coast holiday.

“The Palaszczuk Government has proudly backed Village Roadshow through the global pandemic with our $25 million Tourism Icons program and $1 billion industry support package, that investment is paying dividends.”

Minister for Environment and Local Member for Gaven Meaghan Scanlon welcomed the new attractions as part of the Gold Coast’s economic recovery.

“The Gold Coast’s theme parks have always been a major draw card for tourists, but the pandemic has been hard on our beloved parks,” Minister Scanlon said.

“A $70 million injection into our theme parks is a major boon for our city’s economic recovery, creating 100 new jobs and local businesses will benefit as well with more tourists coming to the Gold Coast.

“These new attractions remind Australians looking for their next holiday destination that the Gold Coast is good to go.”

Running from 26 June to 11 July 2021, to coincide with Warner Bros. Movie World’s 30th Birthday, will be the all new ‘Hooray for Hollywood’ event will feature the park’s biggest parade ever, a massive all-star cast and exciting Hollywood moments throughout the park.

Meerkats will be joining the animal family at Paradise Country this June in their own specially designed exhibit allowing for park guests to get an up-close appreciation for the cheeky critters.

Opening at Wet’n’Wild this Summer, will be a world-class waterslide complex which will be the tallest in Australia standing 23 metres high and featuring three new slides and splashzone: