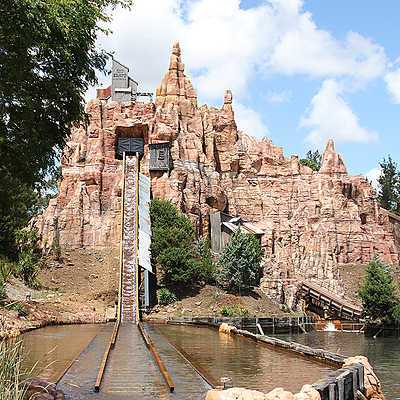 Click on the item you wish to change. Your submissions will be verified for accuracy; please allow 24-48 hours for approval.
Flume ride set around a rocky mountain.

One of the turntables rotates the boat and sends riders out backwards down a roller coaster style 9m high backwards drop and camel hump,
(The direction changes back to forwards through a water switchback.

Along the course riders encounter the famouse "Badges?!" scene from 1949's The Treasure of the Sierra Madre, as well as many other western tropes including geysers, teetering rocks, an exploding train bridge, an Native Indian village and a ghost town in the middle of a ghost fight.

The ride culminates with a 20m plunge out of an abandoned mine.

The ride was originally to be named Rio Bravo after the 1959 film starring John Wayne but opened as Wild Wild West as a tie-in with the 1999 film of the same name. It was changed to Wild West Falls in August 2002 following the expiry of this license.

On 5 December 2003 a fire in the upper section of the ride rendered it out of action for several weeks. After this incident the top section of the ride was crudely rebuilt with all spark effects removed. The replacement scene was a fraction of the extensive theming that was originally in place.The final drop features a subtle wall on the western side which dampens the sound of riders' screams for nearby residents. 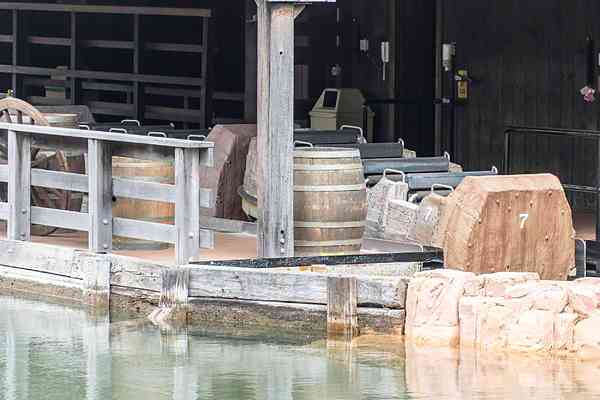 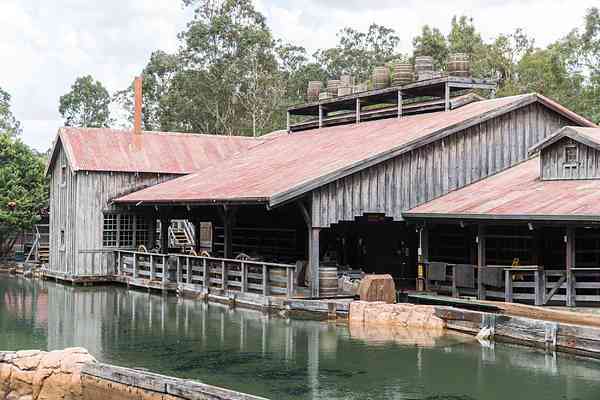 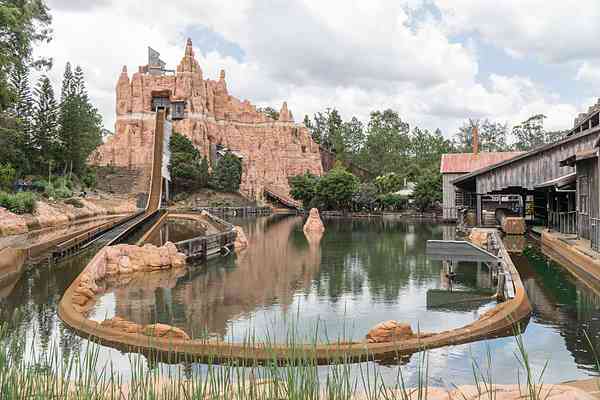 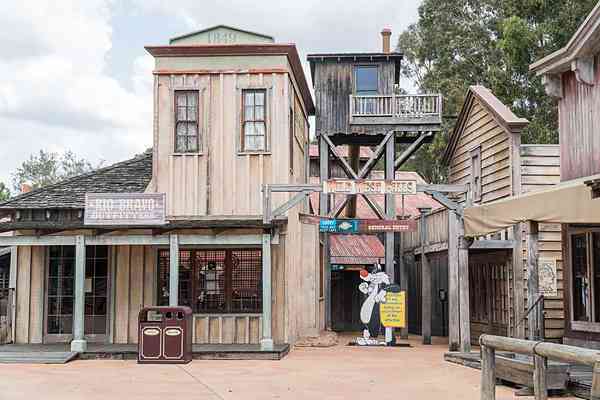 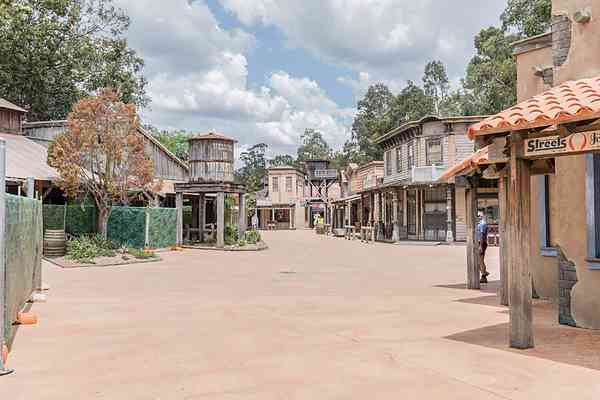 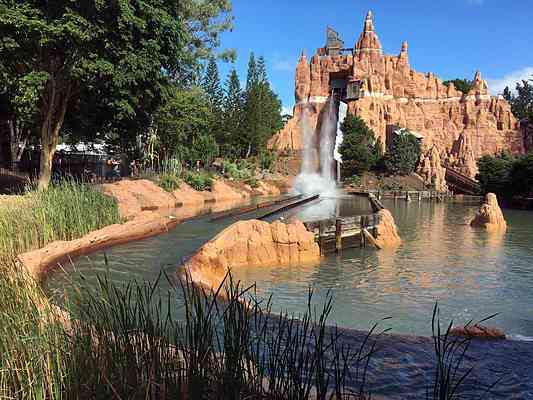 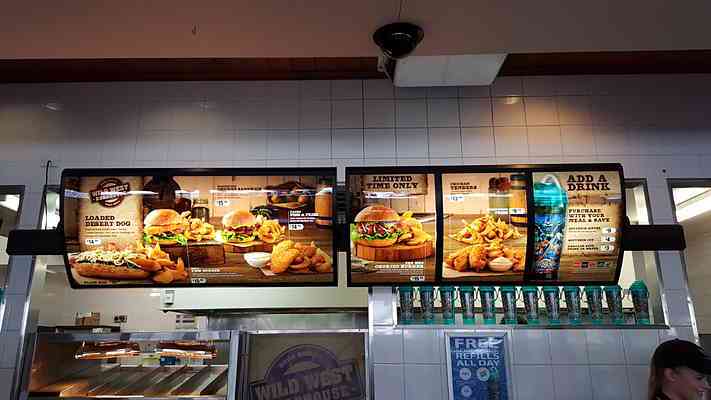 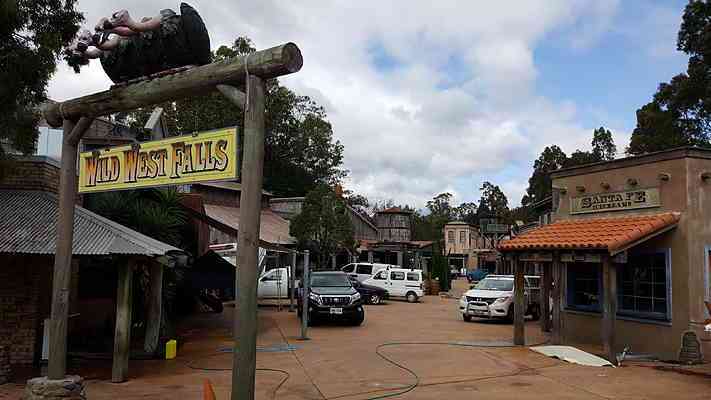 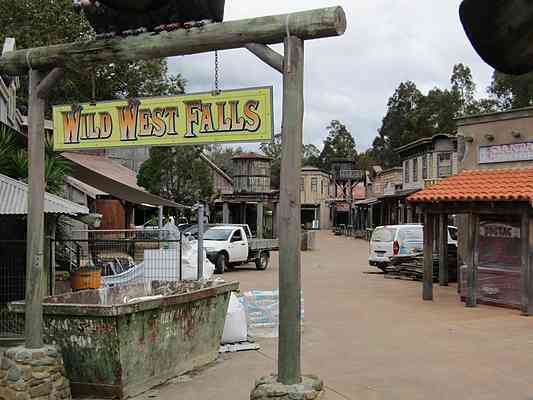 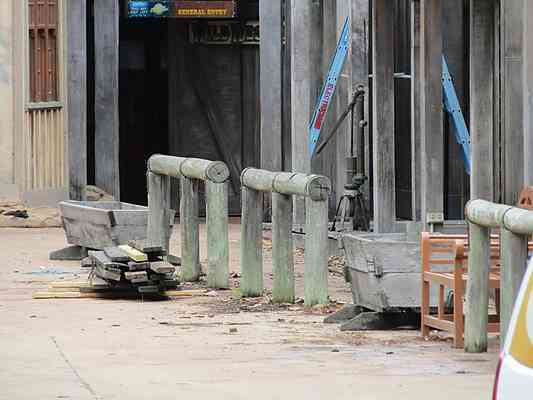 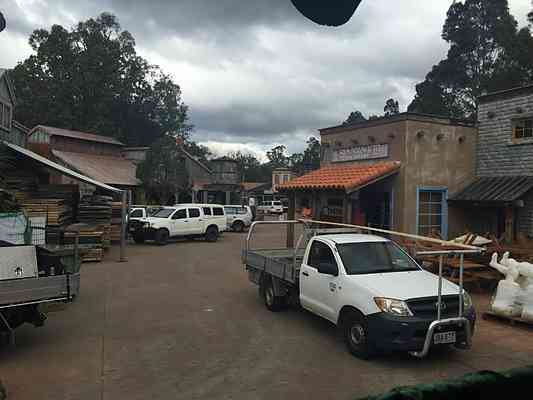 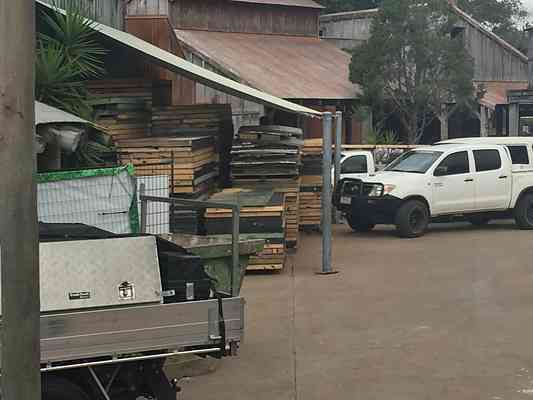