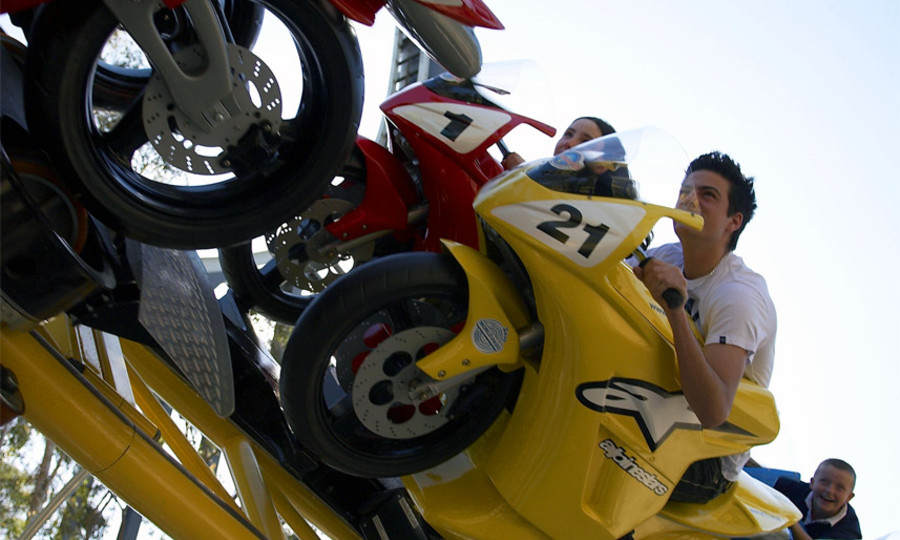 Offsetting a 0.7 per cent decrease in attendance from interstate visitors, Dreamworld's attendance is up 3.8 per cent, bolstered by a 12.8 per cent increase from Queensland visitors.

Macquarie Leisure Trust Group, owners and operators of Dreamworld, believe that this is a strong effort, citing this year's wet weather, the separation of school holidays from the Easter break and the park's aggressive competition.

The growth in attendance can attributed to the September 2007 opening of Mick Doohan's Motocoaster. Its impact is in line with most other recent attidions to Dreamworld, which have seen the park's attendance increase from anywhere between 2.5 per cent (Cyclone and Wiggles World) to 9.5 per cent (The Claw) in their first year. At $10 million, the Motocoaster was the most expensive attraction at Dreamworld since 1996's Tower of Terror ($16 million), which saw attendance increase by more than 10% for that year.

Dreamworld's total attendance for the year exceeded 1.4 million guests for the 2008 financial year. This is the first time the park has achieved this milestone. The last Gold Coast park to do so was Sea World in 2005, for the first time in a decade.

Dreamworld saw its profits improve directly in line with this attendance growth. The park has become known for i