Buzzsaw operated for almost 10 years, finally closing to the public in August 2021. Now Dreamworld has begun dismantling the ride, and with the opening of Steel Taipan just weeks away it represents a dramatic change to the face of Dreamworld. 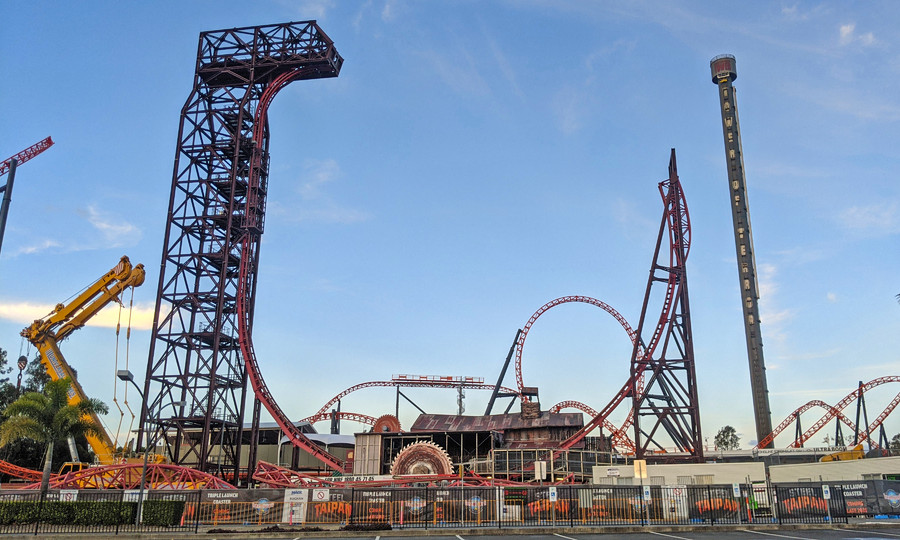 Image: Parkz. The sun finally sets on one of Dreamworld's most polarizing thrill rides.
By Parkz
3 November 2021
107
Shares
Tweet

Buzzsaw received some initial positive reviews, being the first major ride at Dreamworld in many years to attempt to set up a themed narrative. The initial gimmick of being inverted slowly 50 meters in the air had its fans too.

At the time many were simply happy Dreamworld was finally getting a new coaster, though in some ways it was symbolic of the old Ardent; a focus on ticking the box with a thrill ride every few years, but otherwise relying on older, attractions such as Tower of Terror to anchor the thrill lineup.

But any popularity was short-lived. Guests quickly realised the experience lacked substance.

The ride was jarring, and uncomfortable, and offered little by way of thrills beyond the novelty of a vertical lift and a slow upside-down twist. Owing to a rather clunky mechanical ride system, the ride was plagued by extensive downtime from day one. The ride had bewilderingly low capacity and it was only through sheer unpopularity that this ride seldom had a queue.

When the ride was finally permanently shuttered in August, the reaction from fans was one of ambivalence. Compared to the outpouring of nostalgia when favourites such as Wipeout, Rocky Hollow Log Ride and Tower of Terror were closed, it seemed everyone was happy to let this dud go.

After the closure the ride was listed for sale on a ride broker website. The listing disappeared quickly though, suggesting that perhaps a buyer was found.

Cranes appeared at the Buzzsaw site this week and have wasted no time in dismantling the ride. The careful method of demolition suggests the ride is on the move to another park. 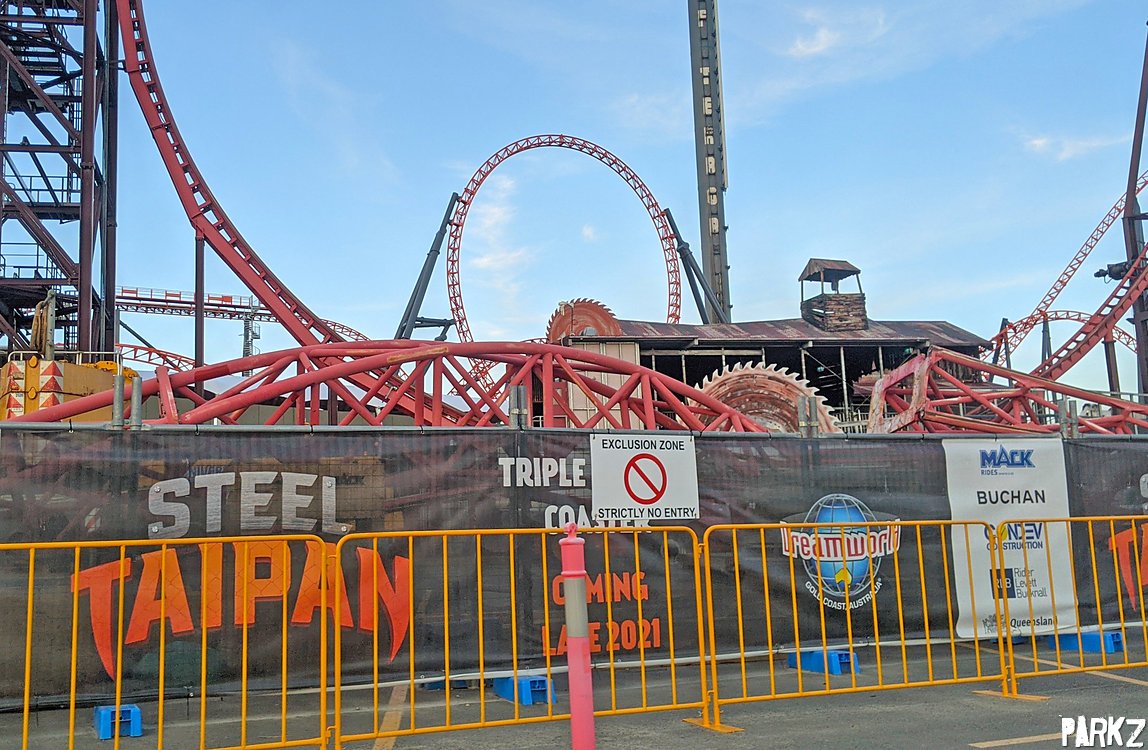 It's a welcome change to see the park move so decisively to get the thing out of here, in contrast to previous incarnations of Dreamworld management who happily let defunct attractions decay for years on end in full view of the park with little regard for the optics or atmosphere.

In terms of sheer numbers, losing another attraction is not a cause for celebration. If them impending launch of Steel Taipan is as successful as they need it to be, then Dreamworld could well struggle to meet demand and manage guest expectations. The theme park has been downsized dramatically in recent years and although their roster of attractions aimed at young families has remained robust with DreamWorks Experience, ABC Kids World and an expansive wildlife park, their offering for older families, teens and adults needs all the help it can get.

Buzzsaw won't me missed, but this newly vacated parcel of land would surely be perfect for a future thrill ride to add capacity in the same way that Batwing Spaceshot at Warner Bros. Movie World was built to take the stress off Superman Escape.

With the worst of COVID-19 behind us and the launch of Steel Taipan looming, Buzzsaw's closure nonetheless signals that a new page has been turned. Visitors arriving this summer will be treated to a striking tangle of orange track dominating the park skyline, and Dreamworld's first new world-class roller coaster in decades. 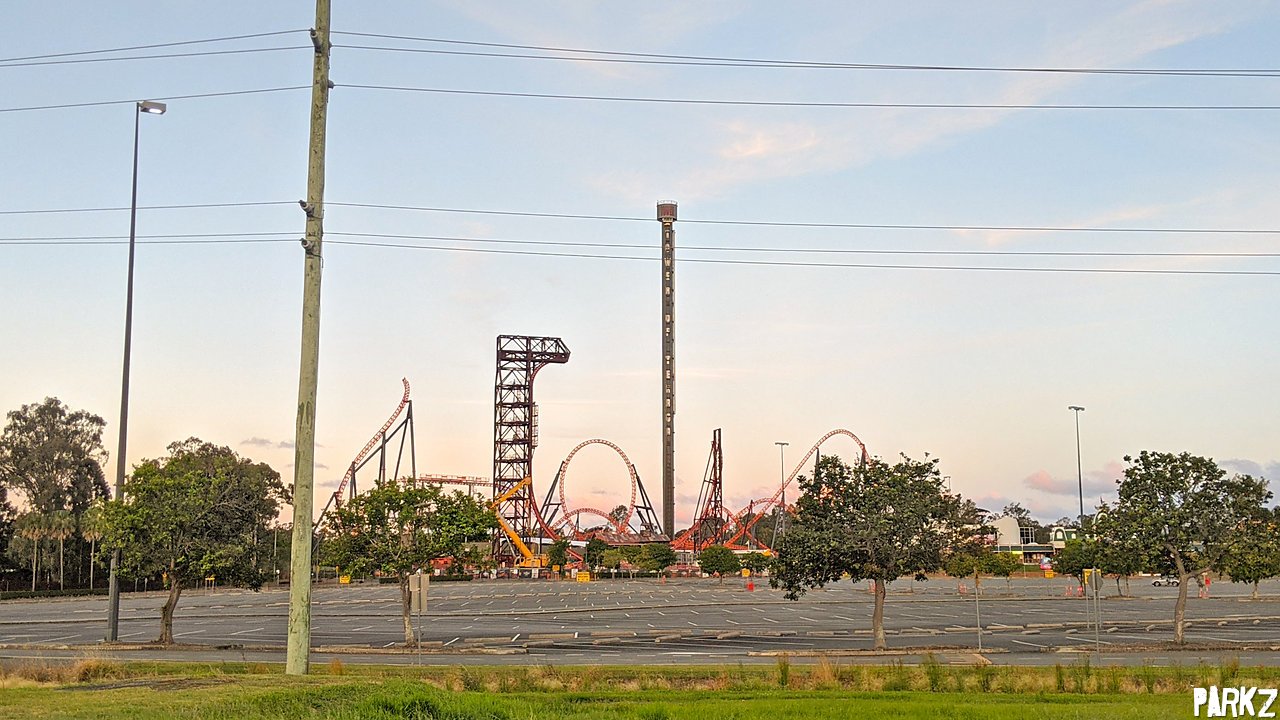