Warner Bros. Movie World, Hollywood on the Gold Coast, have joined the worldwide celebrations of the 75th Anniversary of Batman with a tribute befitting the world's most popular Super Hero. 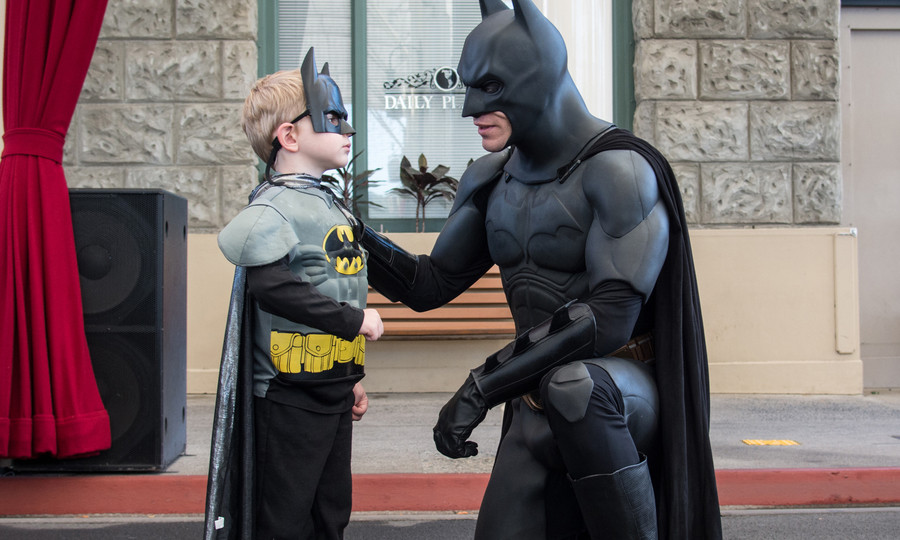 The 75th anniversary celebrations mark the first appearance of Batman in the comic book Detective Comics #27, which hit newsstands on March 30, 1939.

As the Southern Hemisphere's official 'Home of Batman', Movie World will host a month long celebration from July 23 to August 17 2014, with children who dress up as their favourite Batman or Super Hero character having the chance to become part of the prestigious daily Streets Parade.

Warner Bros. Movie World Spokesperson Renee Soutar said it is exciting to be involved in such a fantastic milestone and there’s no better place to celebrate than at Australia’s Home of Batman – Movie World.

"Batman is an iconic part of Movie World with multi-generational appeal to all of our guests, and we’re proud to celebrate this milestone anniversary," she said.

"As part of the 75th Anniversary celebration we are inviting all children to dress up as their favourite Batman or Super Hero character and be involved in the 'All Stars Parade'.

"Guests will also experience Batman street performances with the Dark Knight and past and present villains from the Batman Universe making appearances throughout the day. There will also be Limited Edition Batman 75th comics and Batman mask giveaways throughout the celebrations."