Following its sale by Village Roadshow last year, the Sydney water park has been renamed ahead of its first full season owned and operated by Parques Reunidos. 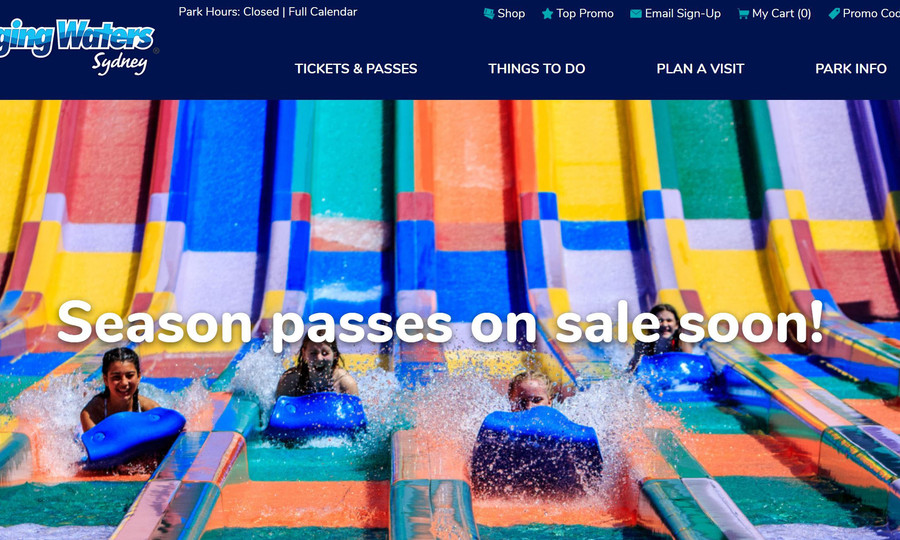 A year ago Village Roadshow announced that they would be selling their struggling Sydney water park Wet'n'Wild Sydney. The sale price was $40 million, a tiny figure compared to the reported $125-130 million Village had spent building the water park which opened in 2013. The paltry sale price was a reflection of a water park that was plagued by strategic and operational problems from day one and a company that desperately needed to offload underperforming assets to reduce mounting debts.

The sale was finalised on 3 October 2018 as the seasonal water park geared up for the 2018-19 season. However it was very much business as usual for the first season of operation under Parques Reunidos with no significant changes to the park.

Ahead of the 2019-20 season and on the eve of the 2020 financial year, a new website has been launched for the water park, revealing a new name: Raging Waters Sydney.

There has been no formal announcement from Parques Reunidos but the previous website wetnwildsydney.com.au now redirects to ragingwaterssydney.com.au.

The timing of the name change might suggest that the terms of the purchase from Village Roadshow only included the rights for to the Wet'n'Wild name for the duration of the financial year.

The website's calendar suggests that the park will reopen for the 2019-20 season on 28 September for the spring school holidays. Like in years prior it will operate only on weekends until December when daily operation gets underway for the peak summer period.

The new website for Raging Waters Sydney also hints at a new slide: Whirlwind, to be located adjacent to H2Go Racer and 360Rush. No indication yet of the slide's make or model; the Raging Waters park map simply states: "New Slide Coming Soon".