Ardent Leisure, owners of the Gold Coast's Dreamworld theme park have announced that Greg Yong will take the reins with current chief John Osborne stepping down for 'personal reasons'. 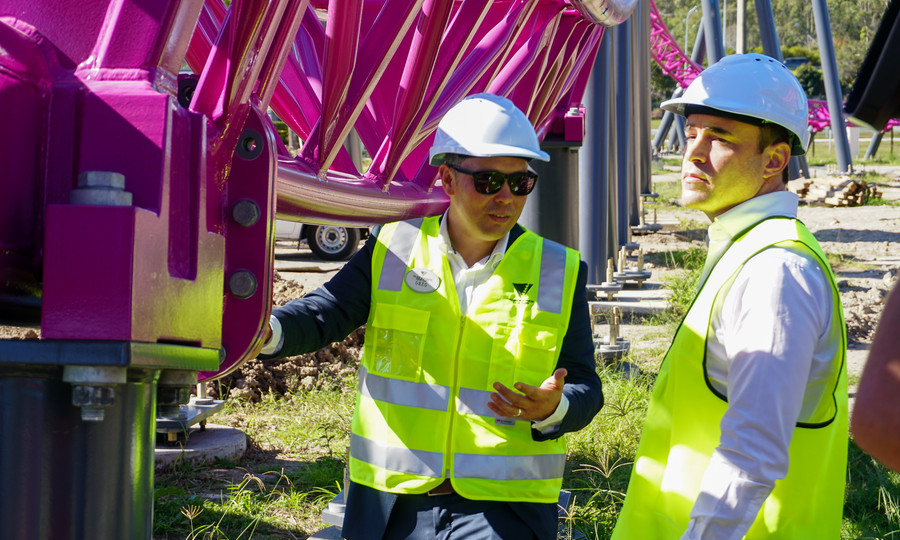 Mr Yong has been with the company for two years, having been appointed Chief Operating Officer  in May 2019 following a lengthy stint with Village Roadshow Theme Parks, most notably as general manager of Warner Bros. Movie World and chief operating officer of the company's Asia division.

Mr Osborne was appointed in 2018 and oversaw the completion and delayed opening of Sky Voyager and the announcement of Steel Taipan, a forthcoming roller coaster currently under construction.

Today's appointment marks the first time in more than twenty years that Ardent Leisure has appointed a Dreamworld boss that brings with them an extensive background and experience in the theme park industry.

"Since John's appointment as Chief Executive Officer of our Theme Parks and Attractions division in November 2018, he has overseen not only the resolution of the many legacy issues facing the business but also skillfully and expertly led the business through the significant challenges arising from the COVID-19 pandemic. During his tenure, John has built an outstanding leadership team and positioned the business to restore value for Ardent shareholders over the coming years.

"It has been a privilege as well as a pleasure to have worked alongside John over the last two and a half years. He has been an exceptional and inspirational leader. We fully understand John's wish to spend more time with his family after such as tumultuous period, and we are pleased that he ahs agreed to remain as a consultant to Ardent to assist in the delivery of several significant projects that are currently underway.

"We are delighted that Greg has accepted the offer to become Chief Executive. Greg has substantial experience in the theme park industry in Australia and overseas and has played a critical role, as a key member of the leadership team, in restoring the performance of Dreamworld and SkyPoint. We are confident that Greg will build on all that has been achieved in the business over the last few years."

Dreamworld's forthcoming Steel Taipan is currently under construction and expected to open later this year.