After spending $13.4 million across their parks this year, Sea World and Warner Bros. Movie World are to become home to a new animal exhibit and stunt show respectively by 2009. 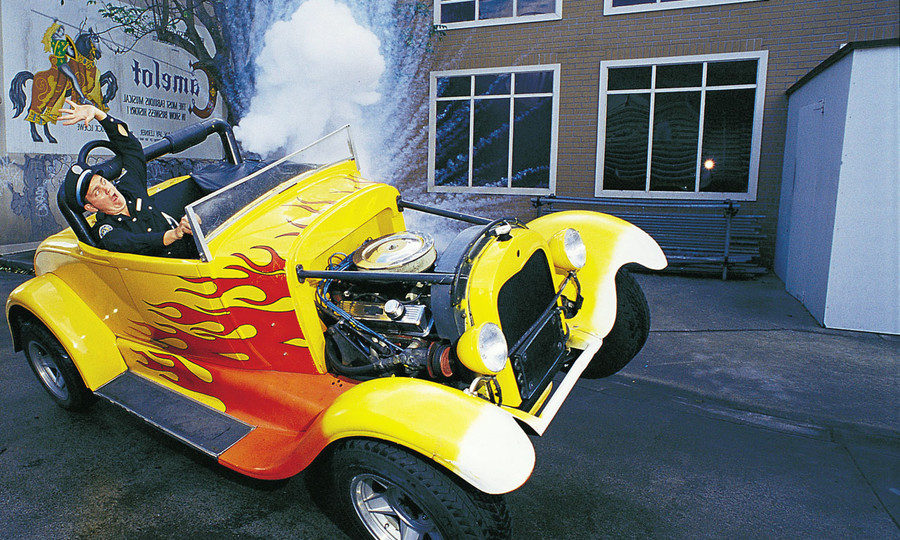 Sea World will open their newest animal attraction - the first since Dugong Discovery opened in 2004. At $4.5 million it will be the most expensive attraction at Sea World since the $13 million Shark Bay. Sea World has focused on family attractions recently with the temporary Sea World Eye and a transformation of Cartoon Network Cartoon Beach into Sesame Street Beach, as well as Fish Detectives, a replacement of the long-running Quest for the Golden Seal show.

Warner Bros. Movie World will unveil their first new stunt show since 1996 at a cost of $7 million. The new show is expected to be based around the Hot Wheels® toy franchise. The car-based stunt show is reported to be inspired by the  Lights, Motors, Action! Extreme Stunt Show at Disney-MGM Studios at Walt Disney World in Florida. Disney's 40 minute show combines precision driving with physical stunts and many pyrotechnics and special effects, in a similar vein to Movie World's current Police Academy Stunt Show (pictured), which has been operating since the park opened in 1992.

In addition to new attractions, Village Roadshow have made changes to their policy of not revealing specific park attendance. For the first time in a decade they have released specific profit, revenue and attendance figures for their five Gold Coast tourism operations as well as supporting businesses like Sea World Resort and Sea World Aviation who operate the park's helicopter tours. A reversal of a long-standing policy to not release specific information, Village Roadshow have opened the doors to give a glimpse into each park, allowing a clear look at their performance. Macquarie Leisure Trust Group, owners and operators of Dreamworld and WhiteWater World, have always periodically released such information.

Since the 2006 buyout of Warner Bros. and Nara Australia's stake in the theme park and hotel operations, Village Roadshow have become to sole owners of all WVTP properties. The wholly owned subsidiary of Village has been strengthened with the $2.7 million buyout of locker hire operations across all parks.