Following months of speculation, Adventure World have finally revealed information about their forthcoming water slide, a $7 million investment that comes off the back of a couple of years of revitalisation throughout the Perth theme park. 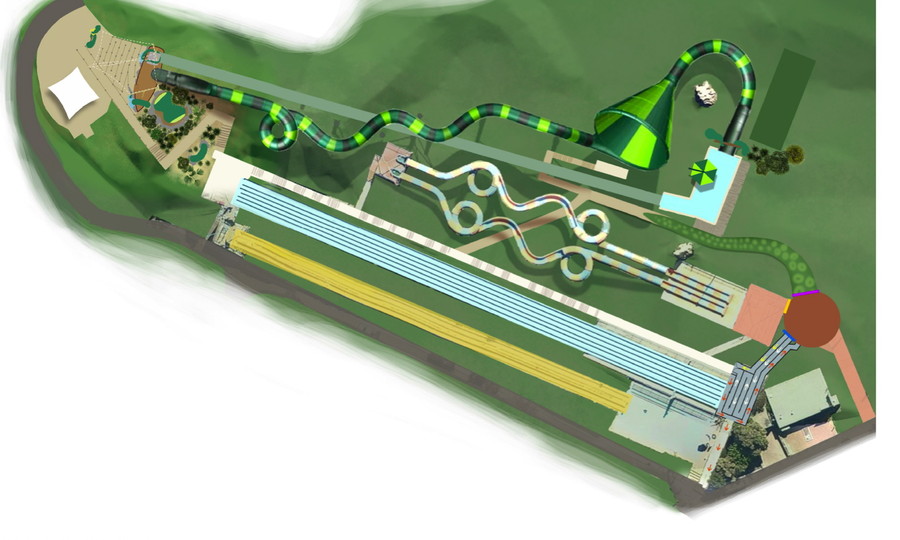 Codenaming the project Mi2 – Maximum Impact 2 – as a followup to the Abyss coaster that debuted in 2013, the Tornado 60 slide comes from Canadian manufacturer ProSlide.

It is one of a handful of Tornado slides that exist in Australia, with other installations at the Gold Coast's WhiteWater World, Wet'n'Wild, and one at Jamberoo in NSW. To differentiate it from previous versions, Adventure World have worked with ProSlide to design a custom slide that they are touting as the world's tallest, longest and fastest Tornado.

The first 150m of the ride's course will be an enclosed sepentine slide, offering a different twist on the traditional Tornado slide, which generally only consist of a sharp drop into the iconic funnel element. The ride will have a total vertical drop of 30m, which Adventure World are calling the world's tallest.

Adventure World CEO Mark Shaw – who for months has teased members of Parkz with informative posts in our community forums – said of the investment: "People tell us they think Abyss is the best rollercoaster in Australia and I think there is a very good chance they will soon be telling us the new slide is the best water slide in Australia."

Construction is busily underway ahead of its October opening for the 2015/16 season.