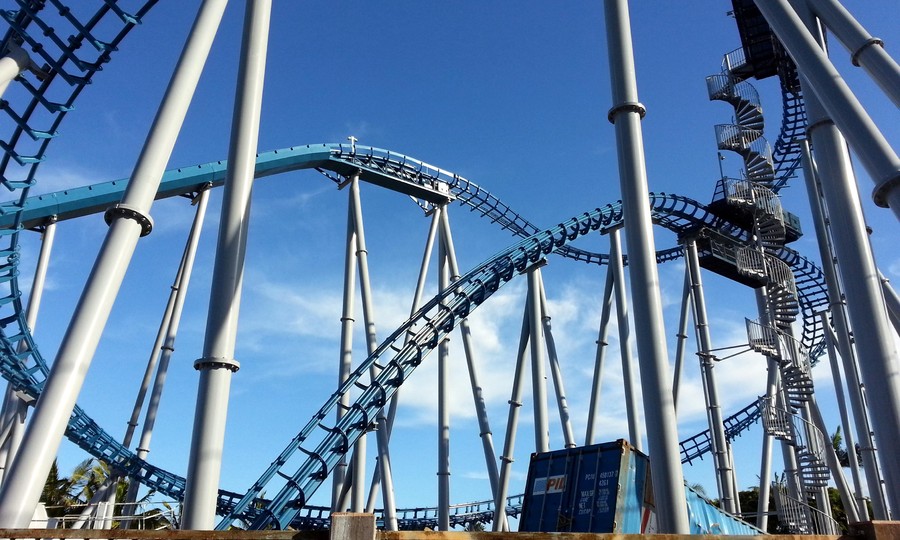 Image: Parkz. Storm Coaster is a modern and consistently safe ride at Sea World that occasionally has stoppages that are indicative of a properly functioning control system.
By Richard Wilson
30 September 2016
186
Shares
Tweet

The Gold Coast Bulletin reports that "...a rollercoaster at Sea World on the Gold Coast has stopped mid-ride, trapping thrillseekers." Similar reports were also found with Brisbane Times, Daily Mail and 9 News and others as news of this non-incident spread.

Ride stoppages are a frequent occurence on all types of rides. Computer systems monitor countless aspects of the ride's operations; if anything doesn't match up the rides are designed to harmlessly stop to ensure the safety of all onboard. The kinds of incidents that can cause a stoppage like this are typically as harmless as a vehicle ahead on the track not completing its section in time.

Modern rides like Storm Coaster are built such that even in the case of a power outage, vehicles will come to a gentle stop at key points along the course that allow the easy and safe evacuation of riders.

The "trapped thrillseekers" were safely escorted down from the ride's lift hill and no doubt happily continue on with their day at Sea World, albeit with an interesting story to tell family and friends.

The Bulletin erroneously stated that the staircase riders safely walked down, "[was] built when a problem with the ride previously came to light".

In fact, Storm Coaster, a 2013 water coaster from German manufacturer Mack Rides has always featured staircases, designed precisely for minor situations such as today's. Indeed, all similar rides across the globe feature such staircases. They were clearly visible on the ride from the earliest days of its construction. 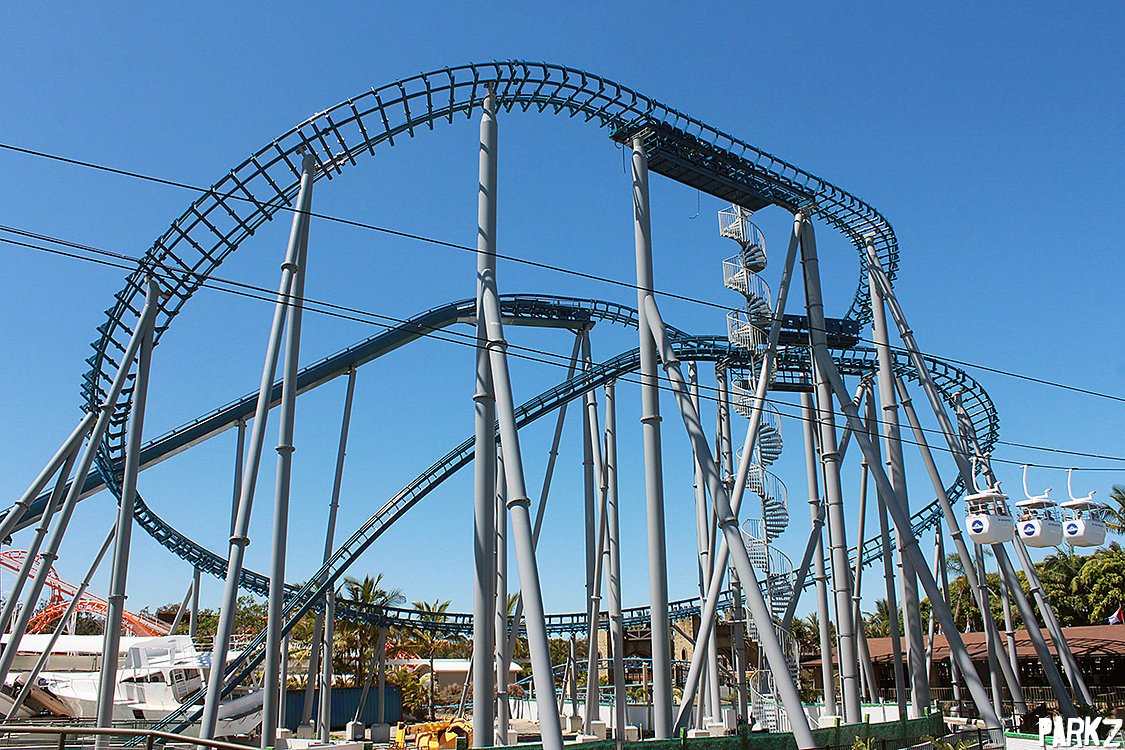 Storm Coaster during construction in September 2013. Eagle eyes – that is, anyone that's not a sensationalist Gold Coast Bulletin reporter – will notice the very obvious presence of staircases at each of the ride's block points where the ride's vehicles can be safely stopped and riders escorted off. These stairs were not added as a result of any problems with the ride.

Such staircases also appear on other Mack Rides installations of their water roller coasters, and indeed on virtually every roller coaster in existence.

Skatteøen at Djurs Sommerland (2011) is an identical roller coaster to Sea World's Storm Coaster. Like Storm Coaster it was designed and built with staircases at numerous points on the ride, including along the length of the lift hill, which allows riders to be safely escorted from the vehicles in the event of a stoppage.

In other significant theme park news, a small child was today turned away from a ride because they didn't meet the minimum height requirement.