This Movie World hypercoaster rendering is cool... but it's not real

A fan video put together that uses satellite photos of the construction site to extrapolate the layout of Warner Bros. Movie World's forthcoming hypercoaster is good fun, but it's nothing more than a guess. 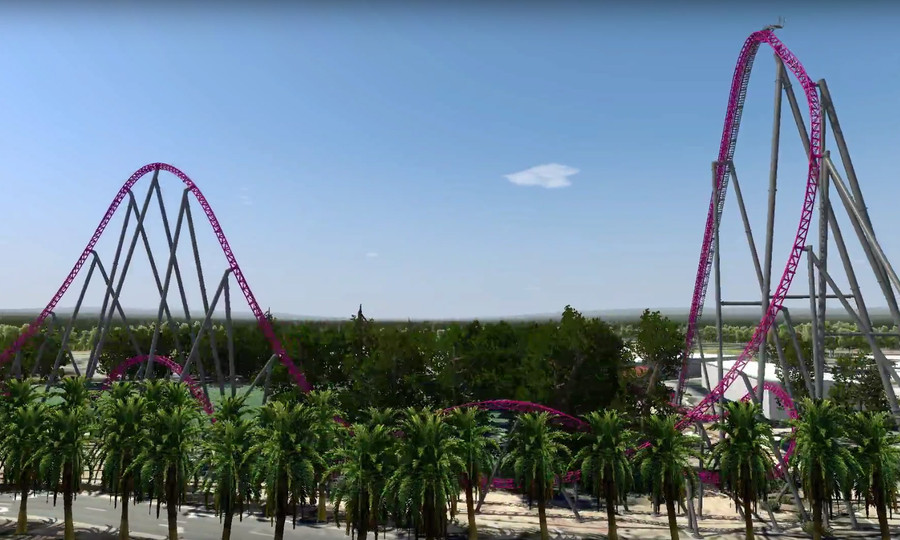 Image: docoaster (youtube.com). This hypercoaster is a fun guess at what Movie World might be building.
Editorial By Richard Wilson
26 March 2017
64
Shares
Tweet

Using the popular roller coaster simulation program No Limits, YouTube user docoaster has put together an interesting idea of how the roller coaster might turn out.

The author explained in our forums how they came up with the full layout using satellite imagery of the construction site. To their credit it was never intended to be shared as a factual representation of the ride: "The video should give us a hint on what the ride may look and feel like," docoaster posted on Parkz.

But it must be cautioned that footings only tell part of the story. It's likely that the basics of docoaster's impression will be correct. The station, lift hill and first drop are all but certain. It's the individual elements however that will make or break this coaster, and this is where the rendering largely just fill in the gaps with guesses.

The key turns like the 'Stengel dive' and over-banked turnaround are based on what appears on Lewa Adventure's Flash in China, a similar ride by the same manufacturer. There's a reasonable assumption that these might exist at Movie World if the construction site's footing placement is any indication.

The placement of a vertical loop and zero-g-roll inversion also stem from Flash, which features the world's largest loop. A corkscrew inversion towards the end however is pure imagination perhaps stemming from a similar element on Flying Aces at Abu Dhabi's Ferrari World; the Intamin megacoaster's non-inverting loop is its crowning glory but it also features the seemingly random addition of a heartline roll at its conclusion.

There's not a lot of tangible evidence that either confirms or disputes the existence of the three inversions, so docoaster is making assumptions with these three coaster-defining elements.

Indeed it's not just specific elements where the video is just one fan's imagination. The overall pacing and speed of the ride is based on the height of each element, and in this video Movie World's coaster is portrayed as a somewhat steady, graceful ride with gentle airtime and an even pace. But shave – or increase – the height of those elements and the ride would be an entirely different creature.

Make no mistake: it's a great looking ride that docoaster has designed. It features the right colours and makes reasonable use of the real-life foundations at Movie World so it's easy to get swept up. To their credit, docoaster noted that the layout will be modified and added to as construction progresses and more information comes to light. But as it stands it's nothing more than a bit of fun.