Adventure World in Perth are in full hype mode as the park releases the first details of their latest thrill ride, a modern version of Dreamworld's The Claw. 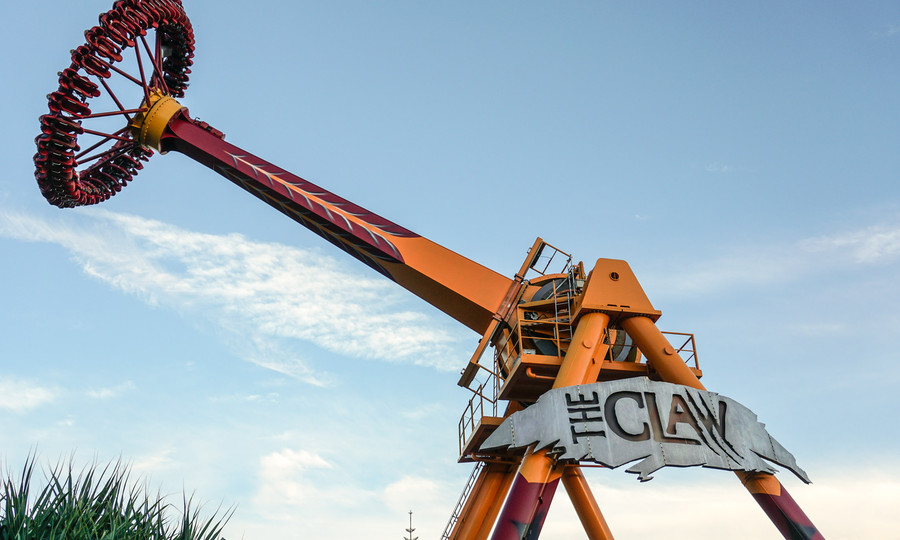 The premise is simple: riders rock back and forth on a large pendulum, while also rotating 360°. The Gyro Swing was first seen in Australia at Dreamworld, where The Claw opened in 2004. It's a ride that offers spins and thrills with moments of airtime, speed and disorienting inversions.

For their new 2017 attraction, Adventure World have engaged with Intamin, the Swiss manufacturer behind many of Australia's biggest thrill rides for the thrill ride codenamed Mi3 – Maximum Impact 3, following on from Mi1 (Abyss) and Mi2 (Kraken).

The ride is functionally identical to The Claw though in the decade since its installation, Intamin have made numerous changes to the ride's design in subsequent installations around the world.

Unlike The Claw, which features relatively conventional, restrictive over-the-shoulder restraints, Goliath will feature Intamin's newer, open retraints that use only a simple lap bar to hold riders in. It'll mean more freedom to make the height, forces and speed all the more thrilling.

The ride shares many stats with The Claw. It will be 15 metres tall, swing to angles of 120º and reach speeds of 64km/hr.

Its name and theme are yet to be announced, though current artwork and teasers follow in the footsteps of Kraken and Abyss and give a decidedly supernatural, mythological impression. It is strikingly similar in tone to Loke at Sweden's Liseberg which opened earlier this year.

Goliath opens in September when Adventure World commences their 2017-18 season. 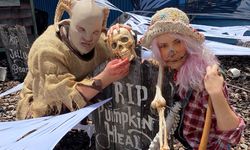