The Rocky Hollow Log Ride returned to service yesterday after more than a year of closure, joining last week's Wipeout reopening to give Dreamworld a full roster of rides and attractions for the first time since October 2016. 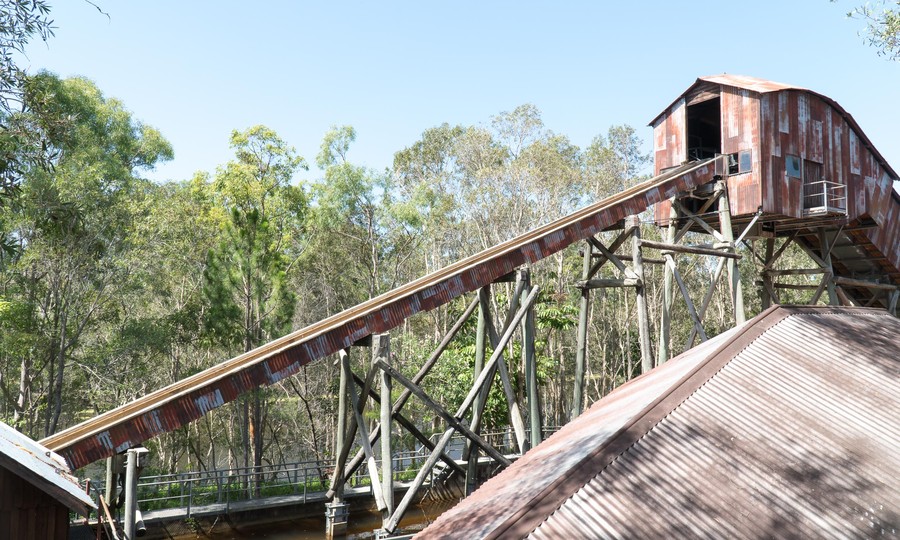 Image: Parkz. The Log Ride is now open, giving Dreamworld a full roster of attractions for the first time in over a year.
By Richard Wilson
23 January 2018
340
Shares
Tweet

The tragic accident on Thunder River Rapids in October 2016 saw the theme park closed for over a month. When they reopened in December, most major attractions remained shuttered.

Piece by piece rides reopened, though Dreamworld limped their way through 2017 with an unpredictable and at times overwhelming number of attractions closed for maintenance.

Meanwhile the Rocky Hollow Log Ride sat dormant the entire time, boarded up with the same Colorbond walls that blocked Thunder River Rapids. Dreamworld committed to reopening the classic ride – one of the few remaining original attractions from the park's opening in 1981 – and embarked on an extensive period of work that most notably culminated in the removal of its tunnels and the addition of strange awnings on the ride's log-shaped boats.

The theme park is a refreshing change from even just a few months ago: Dreamworld sits in a state of limbo following its toughest year ever.

Recent months have seen Dreamworld embark on the complete removal of Eureka Mountain Mine Ride and Skylink Chairlift, two rides that sat infamously dormant and decaying for over a decade. Thunder River Rapids still sits behind walls, reportedly awaiting investigators and officials to give the OK for its demolition.

Competitors Warner Bros. Movie World have recently pushed back the expected 1 February reopening of Wild West Falls until 30 March. The popular water ride has been closed since late 2017. A Movie World spokesperson told Parkz in early January that its extended closure is to facilitate the installation of an upgraded ride system.

Dreamworld are also putting finishing touches on Play School Wheel, an new children's ride in ABC Kids World. Later in the year the park will open an i-Ride Flying Theatre.