As Ardent Leisure moves to wipe the slate clean with new leadership and promises to bring Dreamworld up to global safety standards, new appointments raise questions about whether they understand what the troubled theme park needs. 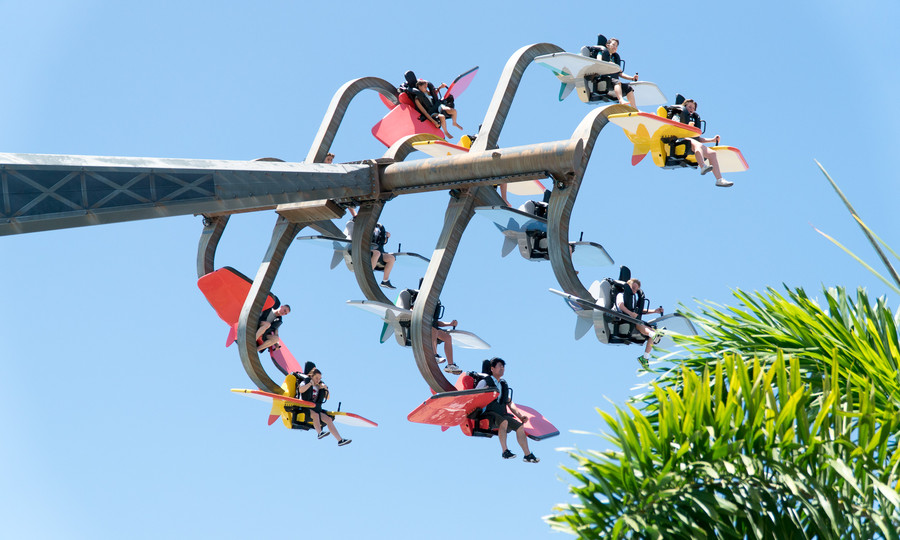 Dreamworld has a long list of chief executive officers in the two decades that Ardent Leisure has owned it. Six in total, an unusually high number for an industry built around long-term strategy.

In more than thirty years industry leader Disney has had only two CEOs. Dick Kinzel steered Cedar Fair through 26 years of growth into a billion dollar theme park operator. Closer to home, Ardent Leisure's direct competitor Village Roadshow Theme Parks have had only three leaders in 40-odd years as they grew from their origins at Sea World.

These half dozen Dreamworld CEOs have also had a lot in common when they were appointed: they had solid resumes spanning tourism and hospitality. The one thing every Dreamworld chief has also had is a lack of experience in the incredibly complex and unique theme park industry.

Dreamworld bucked trends at every step of the past twenty years. To observers, recent decisions like a museum of racing cars (adorned in more 1980s tobacco and asbestos advertising than should be acceptable at a theme park), an ill-fated attempt to operate a commercial cinema in the middle of the theme park or the long list of low-budget rides mis-marketed as thrill or family rides were all signs of an operator that did things because they were cheap and available, rather than because they were following global trends or represented the best possible additions to Dreamworld's product mix.

One always assumed – perhaps foolishly in retrospect – they had sound operational, maintenance and engineering procedures in place behind the misplaced themes and cracked paint.

But as has become abundantly clear in the Thunder River Rapids coronial inquest, they most certainly did not. Dreamworld has actively ignored modern safety trends and operated complex theme park attractions with grossly inadequate safety mechanisms, a dearth of automated controls and poor staff training and record keeping.

All of these previous Dreamworld CEOs were setup to fail by Ardent Leisure. None of them brought with them the industry experience or knowledge to question – or perhaps even see – Ardent's mismanagement, although it was only Craig Davidson who ultimately bore the brunt of Ardent Leisure's unique brand of naivety, arrogance and cheapness. That's not to abrogate the responsibility of the CEO in Dreamworld's current predicament – ultimately taking any high paying leadership position (Mr Davidson's remuneration package was $610,000 in 2016) comes with it inherent responsibilities and culpability.

It's a new financial year and Ardent Leisure have promised to right these many wrongs, starting with the departure of CEO Craig Davidson.

This is Ardent Leisure's only chance to get this right and already the decisions are off to a confusing start.

Nicole Noye has been appointed interim CEO. Having resigned as CEO of Ardent Leisure's bowling division amid the executive and board turmoil of 2017, she's been brought back into the fray. Like her predecessors at Dreamworld Ms Noye has a solid resume in hospitality and retail; in addition to her previous stint with Ardent, she's been CEO of BrasNThings, Diva and jewellery retailer Angus & Coote.

Ms Noye is no doubt a highly capable executive and this appointment is likely about quickly bringing in someone familiar with Ardent Leisure's way of doing business. It eerily echoes past appointments, the only saving grace this time is the inclusion of the word interim in the title.

Ardent have promised that a global recruitment firm has been appointed to spearhead a search for a permanent replacement.

Philip Tanner has been appointed to a new Director of Safety position. Ardent Leisure's announcement describes him as follows:

Mr Tanner spent twenty years with Westfield, holds a Diploma of Risk Management and will now be charged with reshaping a woefully subpar safety culture despite having no first-hand experience in the complicated and highly specialised theme park industry.

Mike McKay brings with him a decorated 40-year career in the Queensland Police Service. Having consulted with Dreamworld since the Thunder River Rapids tragedy, Mr McKay now takes on Dreamworld's "Disaster Recovery" in a formal capacity.

If none of the CEOs Ardent has appointed over the years had neither the skill-set nor the support of the Ardent board to shape Dreamworld into an honest, modern and safe theme park, there's no question that Mr McKay has his work cut out for him.

From Ardent Leisure's announcement: "The role and responsibility of the Committee is to provide recommendations to the Board on key strategic issues relating to Dreamworld. Committee Members include Gary Weiss (Chair), Don Morris, David Haslingden, Randy Garfield, Kevin Seymour and Nicole Noye.

Four out of six committee members are existing Ardent board members. In addition to Ms Noye, the only other voice is that of Kevin Seymour who is partners with Gary Weiss in a roughly 10 per cent stake in Ardent Leisure.

The only theme park experience on the committee is that of Randy Garfield, a retired Disney executive who joined Ardent Leisure's board in 2017. Mr Garfield spent many decades with Universal and Disney in senior sales and marketing positions.

As it stands, this new committee is little more than public relations spin on the same governance that got Dreamworld to where it is today.

It's just the tip of the iceberg

Craig Davidson in his position of CEO certainly represents everything that has gone wrong in recent years. His departure is something that could be seen a mile off.

Mr Davidson is also an easy scapegoat for problems that run to the core of Dreamworld. Ardent got themselves a relatively easy win with this announcement but without going much, much deeper, the Dreamworld Committee and these new appointments are nothing more than window dressing

No decision maker should feel safe in their job at Dreamworld right now as the company rids itself of the status quo that got them into this mess.

Gary Weiss invested significantly in Ardent Leisure and used executive and board turmoil to gain control of the company. While the end game for Dr Weiss's Ardent Leisure is somewhat obvious – to sell Dreamworld as a viable theme park and redouble their USA Main Event expansion plans – there's simply no shortcuts to this first step.

There are untold millions of dollars that need to be spent on repairs, upgrades and replacements at Dreamworld. Many major attractions are long past their used-by date by any reasonable measure. The once cheery WhiteWater World water park is a faded, decaying eyesore from the highway. Forget new attractions – the repair bill at Dreamworld is certainly an eight or nine figure number just to get it up to the most basic level of global standards.

Finding the right CEO will be no easy feat

Ardent Leisure need to attract a CEO with global theme park experience. They need to poach a theme park executive from the operations side of say Disney, Universal, Merlin or similar with an impeccable resume as a leader. They'll need to pay top dollar to attract them to Australia, away from lucrative positions in the USA, Europe or even Asia where there's no shortage of world-class theme park projects attracting the best talent.

They will need to give this new CEO carte blanche. No one savvy and passionate about this industry would accept this role and tarnish their career or waste their time without an iron-clad agreement that they – unlike every CEO before them – are given the tools, budget and the absolute discretion to truly transform Dreamworld into a reputable theme park.

To complicate matters, they need to find a new CEO who would accept such a position knowing full well that selling Dreamworld within the next few years is essentially an inevitability for Ardent Leisure, and that such a CEO would likely be replaced by new operator.