Warner Bros. Movie World’s premier after-dark event, Fright Nights is returning to the park for 11 nights this October and will be sure to have guests holding onto their skin. 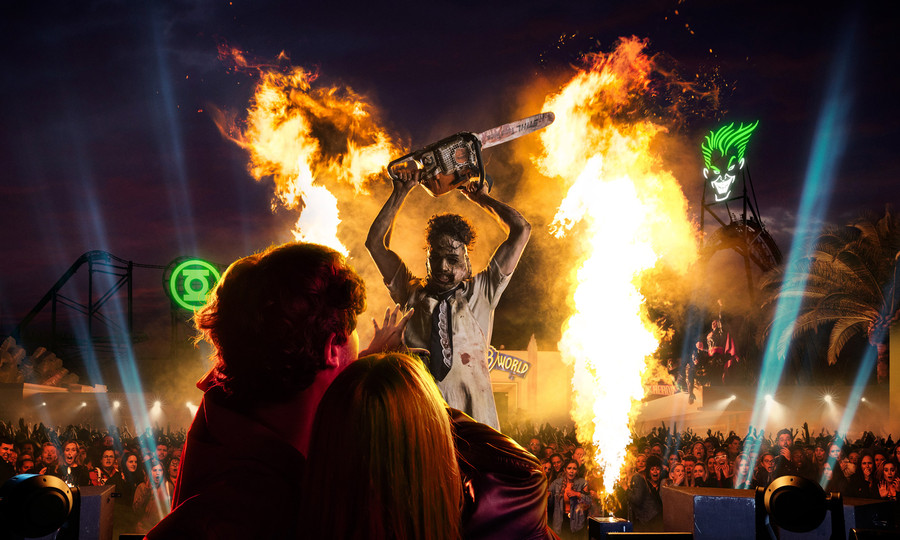 This year’s Fright Nights is set to be the scariest and best yet with four horrifying mazes, four thrilling panic rooms, three dedicated entertainment precincts and scare zones, along with the park’s iconic rides.

Warner Bros. Movie World Head of Entertainment, Michael Croaker said this year’s Fright Nights will be a game-changer for the fan-favourite event.

“Fright Nights is one of our biggest events and transforms Movie World with a series of shocking scares sure to leave guests with unimaginable nightmares as they experience horror come to life,” he said.

“This year’s Fright Nights event are set to be more terrifying than ever before with new mazes, precincts, entertainment and themed food and beverage options as well as the parks signature rides and attractions

“We have two new mazes this year with the Leatherface Maze, based on one of the single most iconic cinematic killers of all time, and the House of Kain Maze, which was created internally and is a hyper gore experience not for the faint hearted.

“The beauty of Fright Nights is that the whole park transforms and guests find themselves immersed wherever they venture with frightening street performances and scarers lurching throughout the park.

“We have also created a new precinct this year with live rock music blasting from the Fountain of Fame with demonic spirits which will possess those weak of faith and seduced by the hellish sound.”

Fright Nights contains extremely scary themes and experiences and is not recommended for children under the age of 14 years.

Fright Nights will run from 5.30pm – 10pm on selected nights in September and October.