At the release of today's disappointing half-year results, Dreamworld's owners have pulled the plug on future expansion plans that were meant to total more than $50 million. 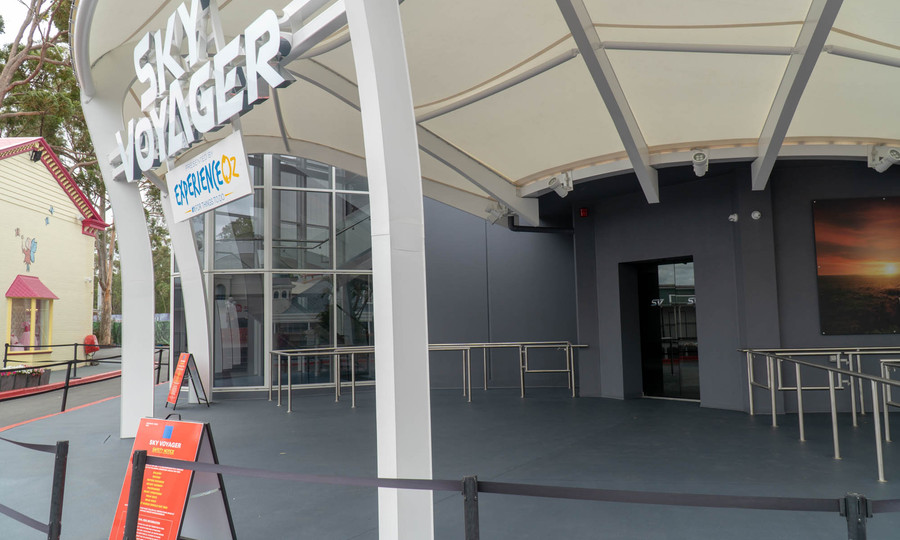 Image: Parkz. Sky Voyager is yet to open some two months after its expected December launch.
By Richard Wilson
22 February 2019
201
Shares
Tweet

Ardent Leisure have signalled that there will be no new major attractions for Dreamworld following the awaited launch of Sky Voyager. The theme park will instead focus on "capital-light" entertainment and reducing their footprint through land redevelopment.

In a move that signals the end of Dreamworld's supposed recovery plan that was to include in excess of $50 million spent on rides and attractions to revitalise the stagnating theme park, Ardent Leisure have announced that there are no new major attractions on their way despite more slumps in attendance and further losses.

There's no other major attractions coming online at Dreamworld.

Sky Voyager was planned for opening in December 2018 but is still yet to open and Ardent Chairman Gary Weiss was conspicuously vague about when this attraction will finally launch. Dreamworld have gone completely dark on the ride with no new information provided since December.

For the six months to 25 December 2018 Dreamworld posted $12.4 million in losses off the back of $34.4 million in revenue, down marginally on $34.7 million for the corresponding period last year.

They spent a further $17.4 million on development capital expenditure at Dreamworld in the six month period – costs largely associated with Sky Voyager.

Dreamworld are turning to "capital-light entertainment and events" instead of the major attractions they had previously announced or hinted at. Dreamworld has talked a multi-million dollar lazy river, a new roller-coaster-in-a-shed to replace Eureka Mounain, an amphitheatre has commenced construction in the former footprint of Thunder River Rapids and there are many other long-mooted attractions such as a revitalised Motocoaster.

"I think it's fair to the say Dreamworld haven't really engaged [the local market] with events and activities," said Dreamworld CEO John Osborne.

In the months after the Thunder River Rapids accident Dreamworld rebranded their Screamworld night events as Park After Dark and ran a series of them before they were scrapped completely, suggesting that they never delivered the expected financial outcome.

There is no apparent succession plan for the impending permanent removal of Wipeout or Tower of Terror II, two 20+ year old attractions of questionable reliability and with limited remaining lifespan.

Mr Osborne talked about how he sees potential for Dreamworld to be a world-class leisure precinct, but with no capital expenditure on the horizon and cost cutting now rampant there's little evidence to suggest that this will ever happen.

"We've put in place an annual expense reduction that will reduce expenses by $5 million each year," said Mr Osborne.

The newly appointed CEO believes that Dreamworld can deliver this world-class theme park experience "on a much smaller footprint", with eyes firmly on excess and under-utilised land for non-theme park redevelopment.

With attendance slumped yet again, $20-odd million sunk into a new attraction that is simply not swaying the public, and a retreat from all future capital expenditure, Dreamworld have gone from having a bad plan – hinged on attractions like simulators and lazy rivers that simply can't captivate the wider public or change Dreamworld's narrative – to having no plan at all.