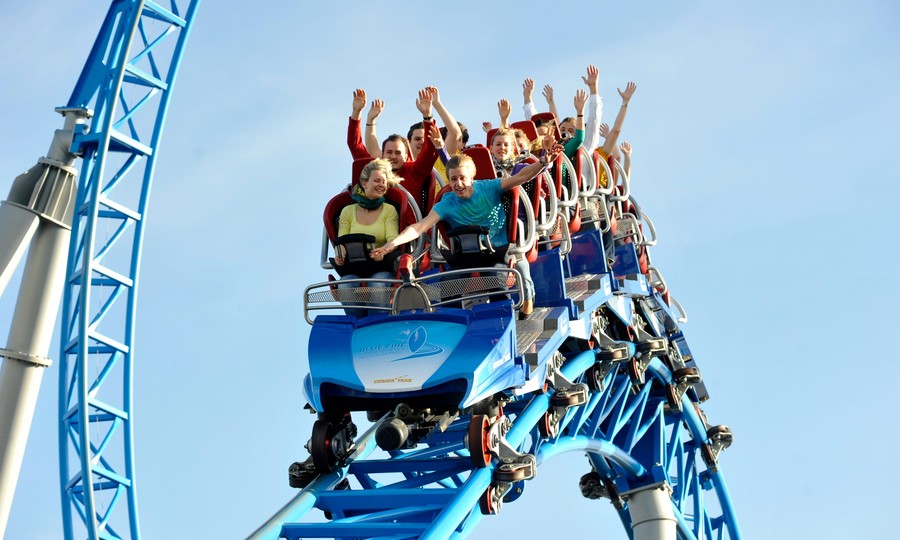 Ardent Leisure today overshadowed today's long-overdue opening of Sky Voyager with the announcement of several new attractions set to launch this year and next, as competition among the Gold Coast's theme parks reaches an unprecedented level.

In June Sea World made waves as they announced three major attractions as part of a $50 million spend. Today Dreamworld responded with their own plans that have been heavily hinted at in recent months.

Unlike previous incarnations of the Blue Fire coaster, Dreamworld's will feature a shuttle launch and overall beefed up stats that includes a top speed of 105km/hr. Taking a page from DC Rivals HyperCoaster, the ride will also feature a separate back row – this time with spinning seats – that will presumably be an additional cost upgrade for riders.

Construction is due to commence in coming months though Ardent are conspicuously tight-lipped on its opening date – no doubt a knee-jerk reaction to the unprecedented delays with Sky Voyager's launch – it's expected the roller coaster will open in 2020.

The first addition will be an all-new slide tower at the long neglected WhiteWater World. Coming from Turkish manufacturer Polin Waterparks, the new slides are a return to basics and fill a conspicuous void in WhiteWater World's lineup with a collection of six traditional body slides.

Following this addition, WhiteWater World will return to operating as a standalone water park. Annual passholders will have full access to the water park, but separate day tickets will also be available once again, presumably at a cheaper price point than day tickets to Dreamworld proper.

These slides are ostensibly due to open this summer with construction currently underway.

These two major attractions form two key components of a $50 million that Ardent Leisure will spend on the embattled theme park over the next 3-5 years.

This year's newly launched yearly event Winterfest will be joined by a second major annual event as Dreamworld seeks to compete with Village Roadshow's successful lineup of night events that include Carnivale at Sea World and Warner Bros. Movie World's Fright Nights and White Christmas.

An expansion of the park's ABC Kids and Wiggles area is also on the cards.

Meanwhile, quietly buried in today's investor announcement was the opening of Sky Voyager. The attraction officially welcomed its first guests this morning with little fanfare as Dreamworld looks to swiftly move on from eight months of setbacks and delays.