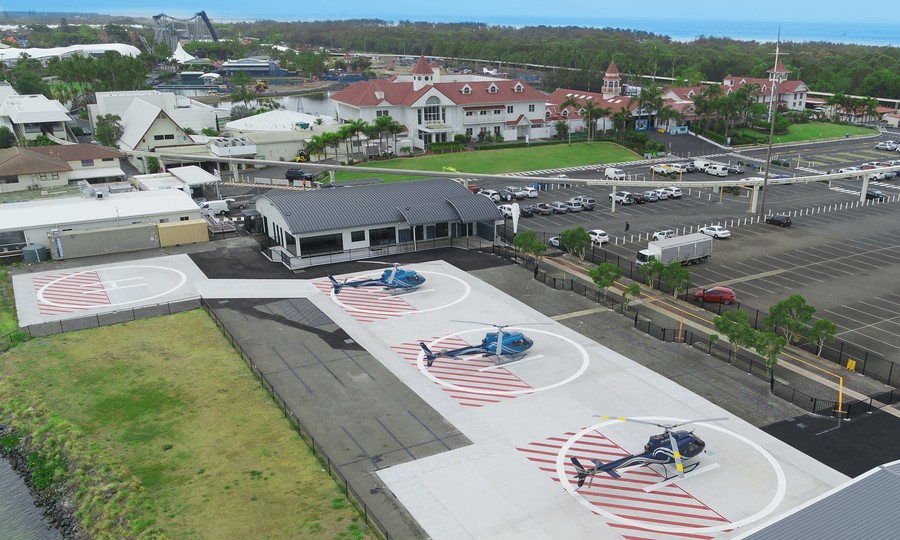 The new helicopter terminal includes an updated check-in and reception area, new helipads along with a larger hangar to provide guests with a truly world-class helicopter experience.

The Sea World Helicopters terminal forms part of the larger tourism hub at Sea World and is located next door to the theme park and Sea World Cruises terminal.

“We are immensely proud to officially open the new Sea World Helicopter terminal and begin welcoming guests to the building,” he said.

“We have worked closely with all involved to ensure this is one of the most advanced facilities in the world while also offering comfort and style for our guests.

“Helicopter tours have been operating out of Sea World for over 20 years and this new terminal will now provide a whole new generation of guests with the opportunity to experience to the picturesque Gold Coast from the sky.

“Village Roadshow Theme Parks is proud of its continued input into the tourism industry on the Gold Coast and announcements such as these reinforce our commitment to the city.”