Both Ardent Leisure and Village Roadshow have each announced an injection of $70 million to give both operators a degree of certainty, while the latter moves towards taking the company private. 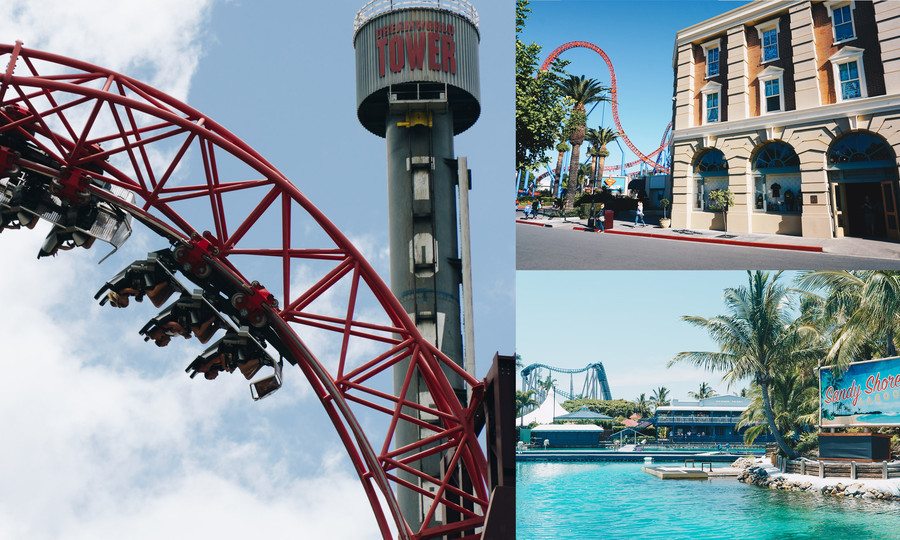 Image: Parkz. Dreamworld, Warner Bros. Movie World and Sea World have all been given security during uncertain times by lenders in separate financial deals.
By Richard Wilson
11 August 2020
56
Shares
Tweet

Ardent Leisure – operators of Dreamworld and WhiteWater World – and Village Roadshow – operators of Warner Bros. Movie World, Sea World, Wet'n'Wild Gold Coast and Paradise Country – both separately announced financing that gives each operator a degree of security in the face of a global pandemic.

For very different reasons both companies face unprecedented struggle to get through the most uncertain period in 40-plus years of Gold Coast theme parks.

For three decades Village Roadshow has been a hybrid beast. Tightly controlled by the Kirby and Graham families through the privately owned Village Roadshow Corporation which held 40 per cent of the publicly listed Village Roadshow Limited. The unique arrangement gave them board control and shielding them from much shareholder scrutiny.

On one hand the reduced pressure from shareholders to perform year-in-year out meant that Village was uniquely poised to succeed in theme parks where a long-term, capital intensive approach needs to be taken. By 2006 Village Roadshow wholly owned Sea World, Warner Bros. Movie World and Wet'n'Wild, having bought out past partners Sea World Property Trust and Warner Bros. and it soon became their most profitable division. Even in their worst years – the aftermath of Dreamworld's Thunder River Rapids accident was described by then-CEO Graham Burke as annus horribilis – their Gold Coast theme parks continued to deliver respectable profits.

The lack of shareholder scrutiny on the other hand saw Village squander untold millions chasing dreams of being heavyweight in Hollywood production despite middling success, while also fighting a very public battle against piracy instead of innovating and preemptively changing their distribution model in a content streaming world.

In the years following the full acquisition of their theme parks Village did actively pursue a growth strategy more becoming of a public company – to dismal results. A string of underwhelming management and licensing deals with Asian theme parks, international water parks that were just as quickly sold as they were acquired and the disastrous Wet'n'Wild Sydney. The management team that oversaw this costly international expansion was replaced when Clark Kirby took the helm and the company has since redoubled its Gold Coast centric theme park efforts. Prior to the onset of COVID-19, Village's theme park division was seeing a return to robust trade with a $44 million profit for the six month period that ended 31 December 2019.

Getting to this point wasn't without pain. In 2017 and 2018 the company sold off its Oxenford theme park land for $100 million and leased it back, turned to shareholders to raise $51 million and sold off the embattled Wet'n'Wild Sydney for $37 million. All in the name of merely keeping the company afloat with no rainy day fund to speak of should they face an even more horribilis year.

With a leaner Village in place – less emphasis has been put on ambitious film production and other loss generating ventures and expansion plans in recent years – the company is also unlikely to deliver the kinds of short-term windfalls and growth that financial markets expect.

And so after six months of courting would-be buyers, an offer was finally set into motion on Friday when Village Roadshow Corporation sold their 40 per cent stake to BGH Capital, which will now see the new largest shareholder attempt to gain control of the public company and move it to a new private structure.

Perhaps most crucial to this move towards private ownership is that it is not a straight buyout or divestment by the Kirby and Graham families. Allaying concerns that the new owners are simply looking to raid the company for a quick profit is that the families will retain ownership and key leadership positions in the new private entity.

[It is] the intention of the VRC shareholders to remain as significant, committed shareholders in the privatised business and Clark Kirby will remain as Chief Executive officer with Robert Kirby as Executive Chairman and Graham Burke as Co-Chairman.

Existing shareholders are also being given the opportunity to retain some or all of their shares in the new BGH controlled Village.

The Ardent Leisure house of cards

Financial publications have given no shortage of coverage to the downfall of Ardent Leisure in recent year. Suffice to say Ardent Leisure's financial position is significantly more precarious than competitors Village Roadshow. Dreamworld has not operated profitably since 2016 and as a result of their owners' USA centric approach to growth and finance, Dreamworld's ability to finance the recovery they desperately need had all but dried up.

For the first time in two decades of ownership Ardent Leisure would actually have to run Dreamworld like a theme park, with major investment in genuine drawcard attractions and rejuvenation of theme park past its prime.

They firstly banked on Sky Voyager, a perplexingly expensive, difficult-to-market attraction that opened in August 2019 eight months late with little fanfare and ultimately failed as the high-impact game-changer that Ardent promised shareholders, delivering a paltry 2.9% increase in attendance for the six month period that ended last December and led to a loss for the period of $4 million.

Following the disastrous launch and underwhelming success of Sky Voyager, the scrapping of confusing new attractions and an overwhelming negative reaction to the closure of beloved Wipeout, Tower of Terror II and Rocky Hollow Log Ride they doubled down with big bucks, committing more than $30 million for a ready-to-go roller coaster from Mack Rides that a Chinese theme park development cancelled.

The ride choice was a safe bet: Mack Rides had changed the landscape of the Gold Coast's theme parks with Movie World's DC Rivals HyperCoaster, and the ride Dreamworld purchased was a new variant of Mack's immensely popular 'Blue Fire' launched roller coaster.

Only problem: they seemingly hadn't secured financing to build it. With Australian lenders turning their backs on the flailing theme park and the company's only debt facilities reserved exclusively for their USA-based Main Event business, Dreamworld pressed ahead with the roller coaster with nothing but hopeful USA profits and Dreamworld's negative cashflow to bankroll it.

As some degree of normalcy returned to most business in June and July, Dreamworld had in place a Queensland Health approved COVID Safe plan that allowed reopening like their competitors, but unlike Village they had no finance at their disposal to facilitate reopening at a time that would surely generate further losses and burn up their already dire cash reserves.

Ardent bought time with their USA business by selling a 24 per cent stake to RedBird in a deal worth $80 million. Proceeds from this sale however were to remain in the USA.

Loans and new financing for both companies

Both theme park operators on Friday individually announced a $70 million cash injection. Dreamworld's financial assistance comes entirely from the Queensland Government and comprises a loan of $66.9 million and a grant of $3 million free of interest, fees or repayment requirements.

The Queensland Government's foresight in providing this financial assistance package will enable Ardent to reopen its iconic theme parks, continue to employ hundreds of people and, once the COVID-19 pandemic is behind us, continue to invest in future tourism infrastructure and create more local jobs.

Village also announced a $70 million funding sourced from both existing lenders and the Queensland Treasury Corporation. As part of their latest round of loans Village will also be required to raise at least $35 million through shareholder equity.

The additional facility is currently undrawn however is expected to be utilised to fund VRL's operating and capital expenditure requirements.

In addition to certainty in day-to-day operations for the foreseeable future, the new financing also means that both Dreamworld and Sea World can press ahead with their hotly anticipated expansion projects. In addition to the aforementioned roller coaster at Dreamworld, Sea World have seen their ambitious $50 million 'The New Atlantis' area suffer significant delays and changes in scope both before and since the onset of COVID-19.

The first piece of the The New Atlantis, Vortex, was due to open in late-2019 but currently sits awaiting commissioning by its German manufacturer Huss. Foundation work is well underway for Leviathan which was meant to open in December 2020 but like Dreamworld's Steel Taipan looks almost certainly to be delayed until 2021 or beyond.

Both Village Roadshow and Ardent Leisure are expected to release full financial results for the 2019-20 financial year in coming weeks, which will give key insight into the impacts of COVID-19 on their respective balance sheets and how they each plan to adapt.