Footage has emerged of Sea World's heavily anticipated new ride undergoing testing ahead of its expected opening this summer. 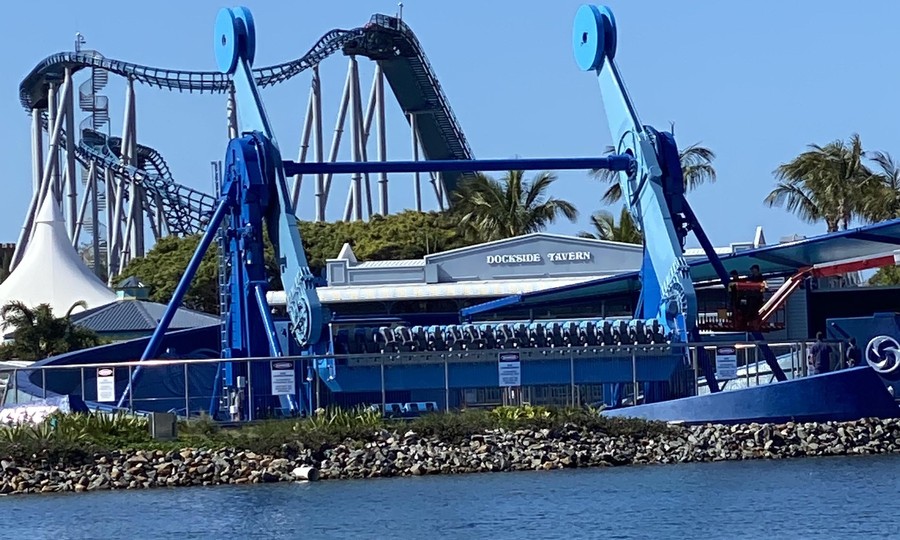 A more concrete Easter 2020 opening was then thwarted when COVID-19 saw the entire theme park industry plunged into lockdown and ongoing uncertainty.

Even when Sea World finally reopened in June, the timeline for Vortex's opening remained unclear. With international borders closed, Sea World was unable to bring in the required specialists from Germany to commission the ride.

More recently Sea World has finally been able to bring in the required specialists from Huss and its opening is once again a reality. In recent weeks teams have been seen inspecting the attraction in preparation for operation.

And now finally as summer nears, the attraction is finally undergoing test cycles, with footage of the thrill ride emerging this week in the Parkz forums.

The Vortex is now expected to open at Sea World in December. Leviathan and Trident – originally due to open this year to round out the New Atlantis area – have been pushed back into 2021. Leviathan, Australia's first wooden roller coaster in more than 30 years is currently under construction.