On the eve of Buzzsaw opening at Dreamworld, we fill in some blanks with our rumoured long-lost August update. 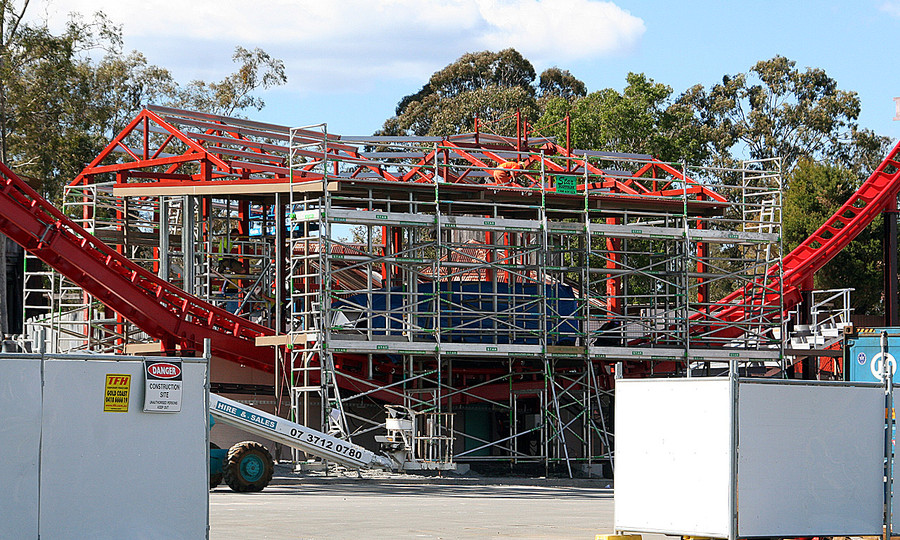 Better late than never, right? Originally meant to be published in mid-August, this Dreamworld update was held up by blizzards in New Zealand of all things. 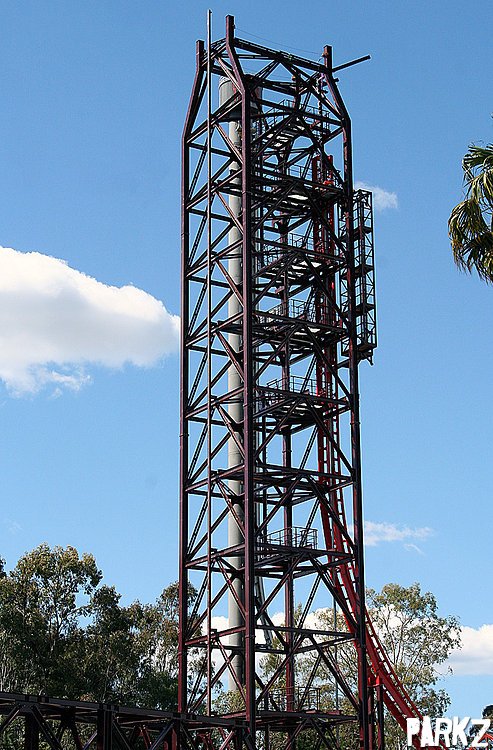 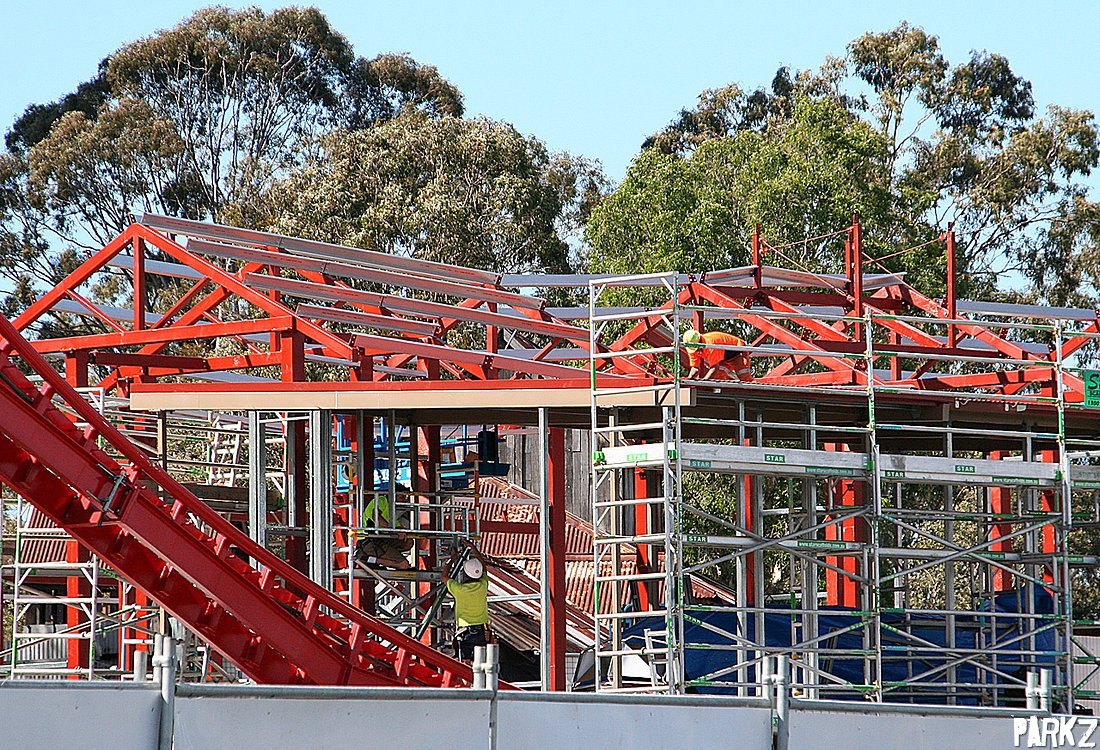 While the tower hasn't progressed too much since our last update, the station's themed structure is taking shape. 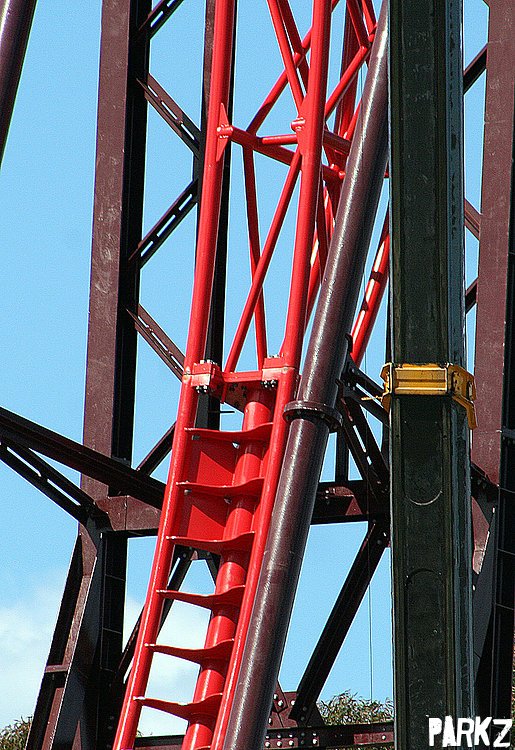 The track on the 'return' side curving down towards the station.

As the track starts to overhang it switches to the box truss style – from here to the top of the main tower the track supports itself. 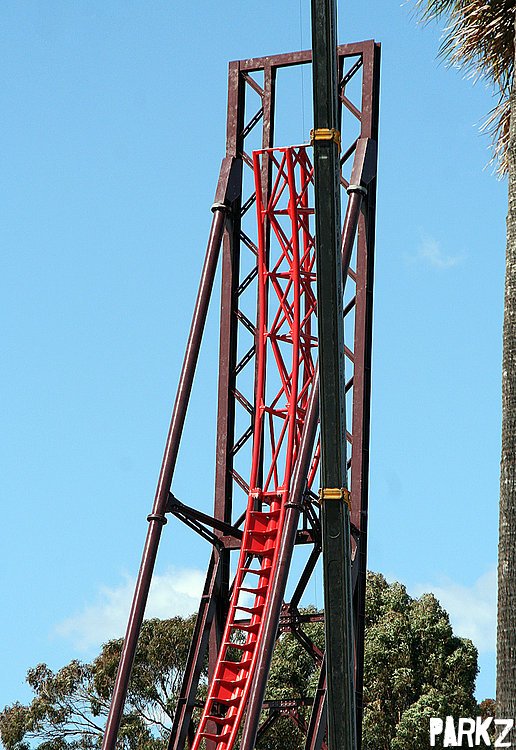 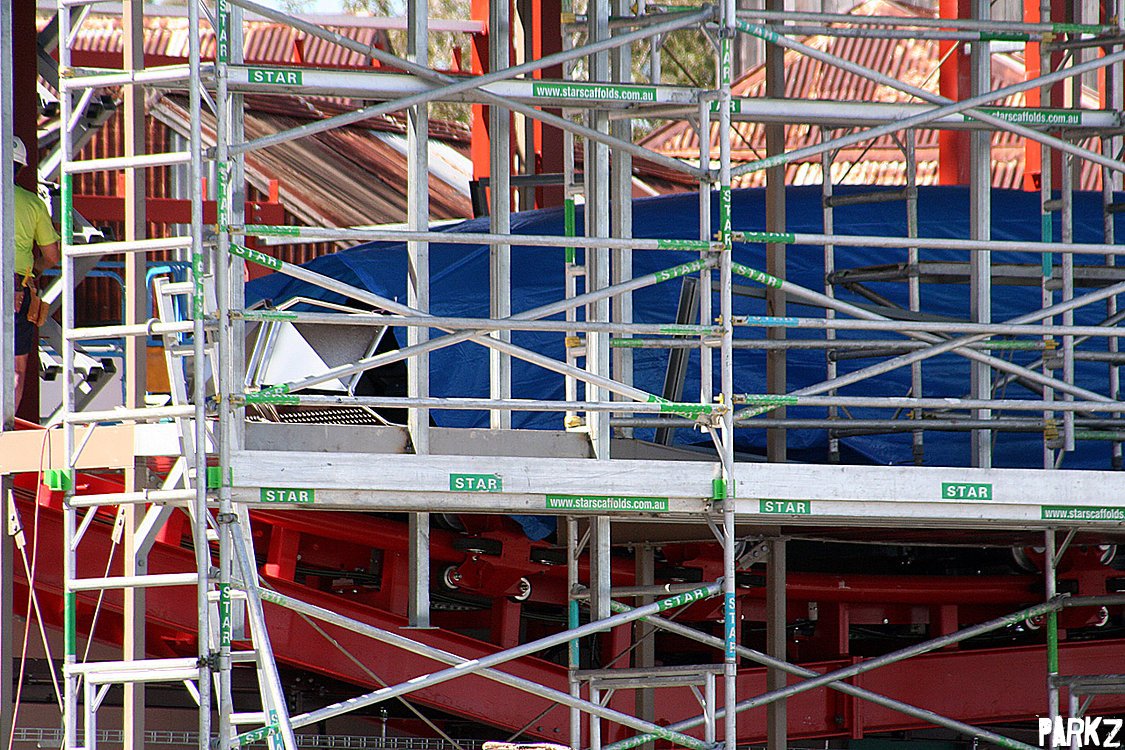 Protected from the construction that surrounds it, Buzzsaw's  train sits in the station. 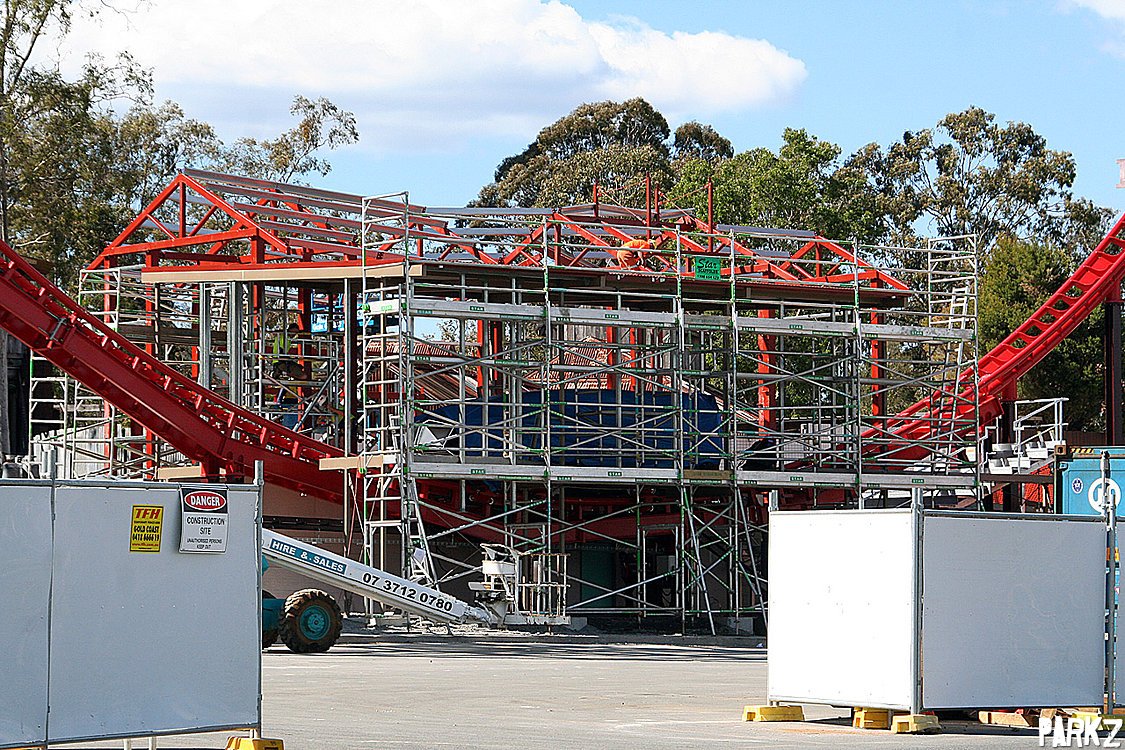 A wider look at the station reveals just how much the ride's design is designed to impress from outside the park. 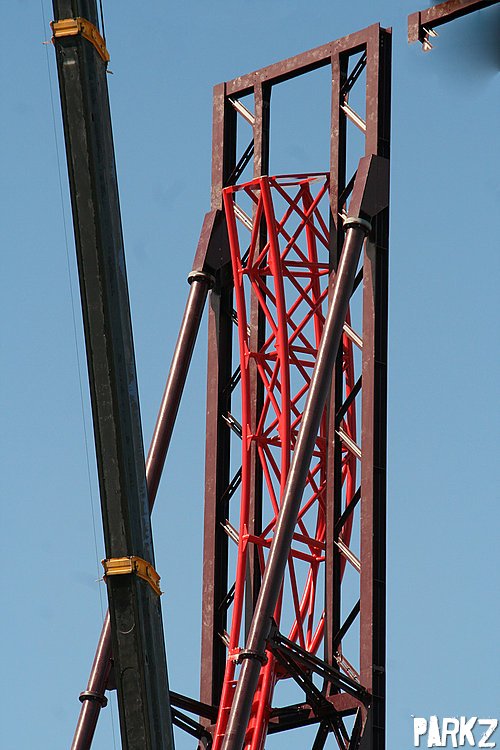 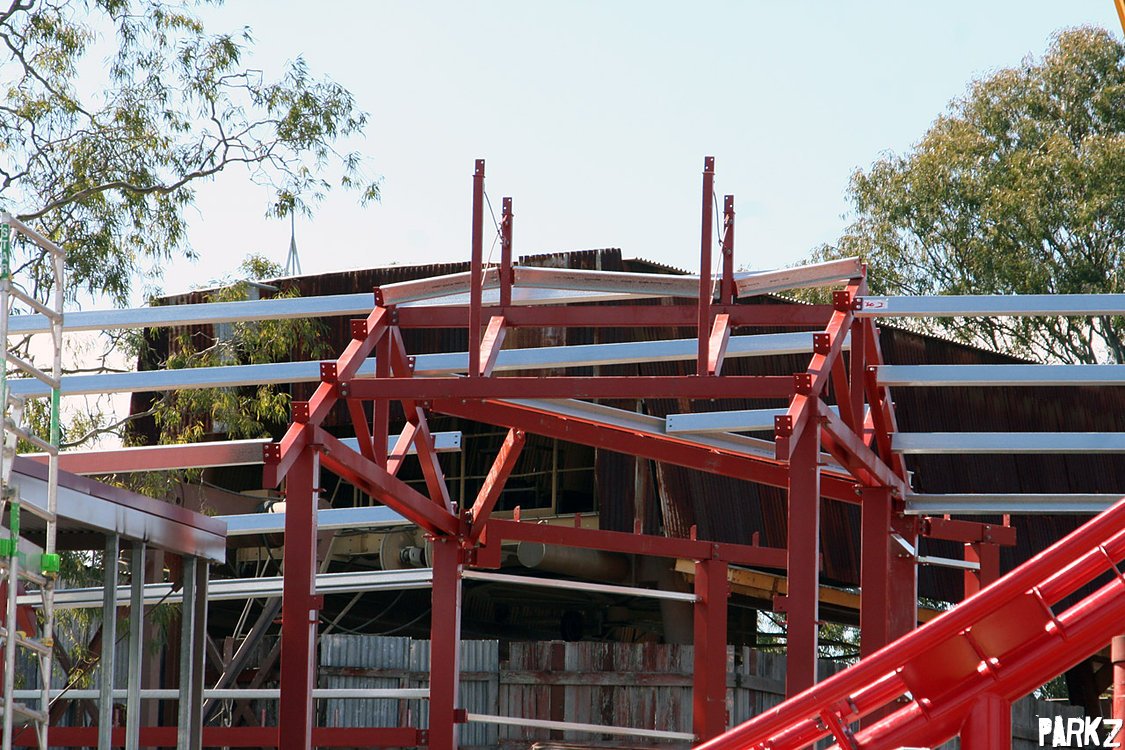 Either the quality of apprentices has gone way down in recent years, or Buzzsaw's roof structure has been built with crooked in mind.
Stay tuned to Parkz as we bring you the final days of Buzzsaw's construction!