Last week we looked at some of the hits and misses of Dreamworld's Pure Imagination. This week we delve further and look at its message. The execution is not perfect but overall the concept gets to the core of the theme park better than any Dreamworld campaign in recent memory. 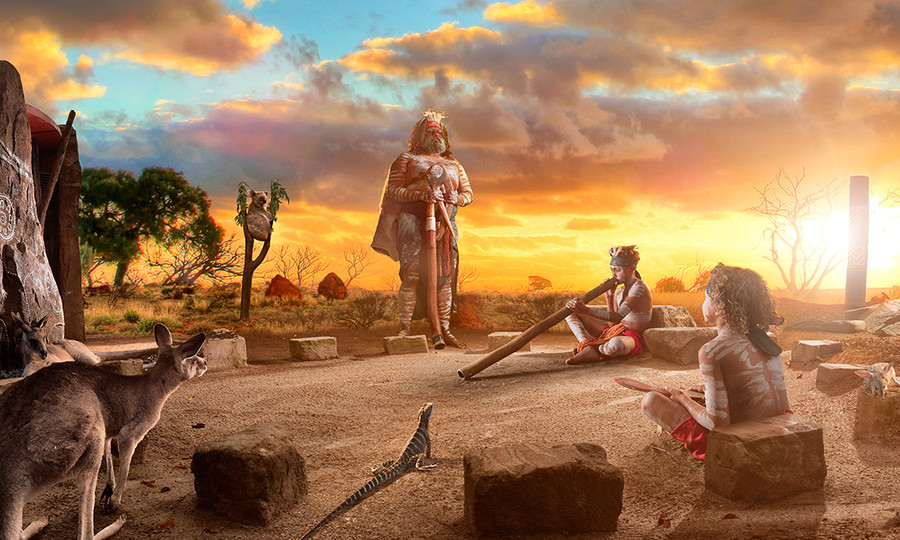 Iconic words from an iconic song in an iconic film. Reimagining Willy Wonka and the Chocolate Factory's 'Pure Imagination' sees Dreamworld launching anything but a typical annual campaign. In 2017 the theme park is vastly reinventing their image and reminding people just what it is that makes Dreamworld special.

For everything that is fresh about the campaign, it plays very much on the familiar. Nostalgia sells; for Dreamworld this is perhaps their strongest weapon as they win back the public's support. Pure Imagination manages to play to fond memories while also highlighting a very fresh, rejuvenated Dreamworld.

I'd previously covered some of the most noticeable misses of the Pure Imagination campaign. At the time I was careful to note that these amount to flaws in the execution of a good idea. There's no reason for Dreamworld to showcase or even hint at a canoe attraction that doesn't exist amongst attractions that do exist, but this certainly doesn't take away from the many solid moments in the campaign.

(For those that like their imaginary canoes real, our limited edition 'Imaginary Canoe' t-shirt is nearly sold out!)

Right off the bat you have to say one thing: the original 'Pure Imagination' from the classic 1971 film is simply untouchable. There's a reason it's so iconic; Gene Wilder throws the weight of his complex incarnation of Willy Wonka at the song. Many have tried and failed and I'm sure Guy Sebastian would be the first to admit that his version – commissioned for this campaign – doesn't touch the original with a ten foot pole.

But there's almost too many ways that 'Pure Imagination' lends itself to Dreamworld. Enlisting the mum-friendly Guy Sebastian to perform the song is a safe bet, safer still when you add in his apparent new role as an ambassador of sorts for Dreamworld.

Dreamworld's ongoing relationship with the Yugambeh people – instrumental in the creation and daily operation of Dreamworld Corroboree – is given a meaningful nod with local didgeridoo artist Russell Smith adding a very Australian twist to the classic song. He is joined by the Yugambeh Youth Choir who add uplifting, ethereal harmonies.

Dreamworld are positioning themselves as a vehicle for your imagination, and what better way to symbolise that than by transforming the iconic Dreamworld globe into a hot air balloon, because there's no more whimsical way of getting around than a hot air balloon.

Admittedly they are pointing at attractions that don't line up with the camera angles they use, the shots of thrill rides are vastly sped up – does anyone else want to go on Tail Spin at that actually thrilling speed? – and RoboMum 3000 delivers her lines with all the gusto of an HR department's training video. But in terms of bringing everything together – the Dreamworld globe, their offering of rides and attractions and of course the concept of Pure Imagination, it works perfectly.

Tower of Terror II's bit lands with a delightful thud. Amongst all the make-believe astronaut business you can't help but enjoy the epic dad joke that closes out the piece. You'll groan... and maybe even say "Huh?!"... but it brings the whole concept back to reality.

It's great to hear the song already filling the air at Dreamworld, particularly as an extended version that showcases much more than any of the shorter TVCs and videos that have been produced. What's perhaps even better is that it's not so frequent on their playlists that you'd ever tire of it as with some previous songs and jingles from years gone by that seemed to be on constant repeat.

There's plenty to like about Dreamworld's new campaign. Above all, it shows a theme park that has – through the unfortunate circumstances of last year and then the ensuing downturn – looked within itself to rediscover just who they are, and what they want to be.

Dreamworld are no longer positioning themselves as a purveyor of thrills but as a maker of dreams with a noticeable shift towards a younger demographic. It might not bode well for those wondering when – or even if – Dreamworld will go for their Big 10th thrill ride, but it certainly invites a new perspective on the theme park.

There's aspects worth questioning, but at its core, Dreamworld's invitation to enter a world of pure imagination rings true. 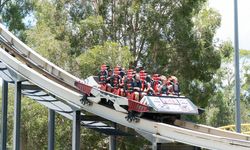 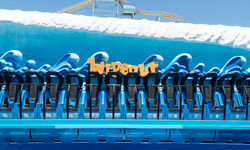