Craig Davidson talks to Parkz about Dreamworld's current situation and their ambitious plans to breathe life into several classic attractions. 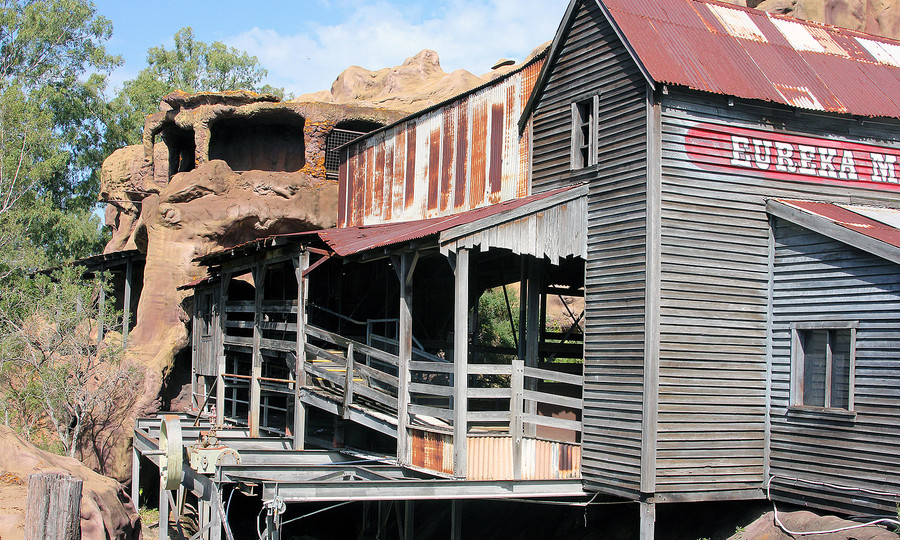 Image: Parkz. Eureka Mountain's exterior is coming down but the roller coaster is set to stay.
Editorial By Richard Wilson
13 November 2017
126
Shares
Tweet

Last Thursday we sat down with Dreamworld's Craig Davidson to hear his take on Dreamworld and where he'd like to take the park in coming years. Mr Davidson has been CEO of Ardent Leisure's theme park division – which also includes WhiteWater World and SkyPoint Observation Deck – since 2013. During this time there has been a noticeable shift in the park's overall atmosphere and a revitalisation of many of the park's food and retail offerings.

This first part of our wide-ranging interview covers off the park's current state, focusing on the numerous attractions that are closed and receiving major works.

In a recent Dreamworld Parkz Update we described Dreamworld as being in a state of limbo, painting the picture of a theme park plagued by numerous ride closures, construction fences and an uncertainty that is certainly felt as you move through the park.

Mr Davidson characterises this as a conscious decision, taking a hit on the image and presentation of the park while attendance is down to give these attractions the attention they need.

"It just means we've got too many things out at the same time and I would be confident that's a 'once in a Dreamworld history' sort of thing."

"Effectively what we've got is a series of annual shutdowns that have concertinaed into each other. We're pretty sure we'll have all of the 'Big 9' back before Christmas."

It's the combination of annual maintenance on attractions like Buzzsaw along with larger, longer-term projects like Wipeout, the Log Ride, Mine Ride and other works such as Corroboree's stage two which gives the impression of a theme park in a state of disarray, and to some extent Mr Davidson acknowledges this.

"Our challenge has been how they've all come together."

Of these projects, it's the Eureka Mountain Mine Ride which perhaps has people most excited. Parkz first broke the story of its potential resurrection back in early 2015 and since then there has been endless speculation and debate about the future of this ride.

"We've made a decision to pull the top off, the walls and the structures that were involved in the original. Frankly we didn't spend a lot of time looking at how it was built, we're just pulling it down. What we'll be left with in another week is pretty much the track sitting there in situ. It'll look pretty neat and tidy."

Though there is a plan to resurrect the ride, it's contingent on the structure of the ride. Eureka Mountain Mine Ride was built in around 1988 (it replaced a shortlived orignial version of Mine Ride that operated from 1986-1988) but has sat dormant since 2006.

"If the track is deemed to be spot on, still good – and at this stage we feel it is – then we'll probably proceed with relaunching the ride."

The ride will again be enclosed like the original, albeit with a completely new structure surrounding the ride.

"If we do it, we'll do it still as a dark ride. Dreamworld hasn't had a dark ride for over ten years. It's a miss and we want to try and restore that."

Though the plan calls for the original roller coaster track and support structure to remain, the relaunched ride will feature new cars and a new control system. Mr Davidson doesn't give any insight into who would take on the daunting task of engineering totally new vehicles for the ride, which features its own unique track gauge.

"We still think that is going to be a fantastic, nostalgic ride."

As to how much life will remain in the ride – it's quite common for steel roller coasters to be retired after about 30 years, as steel fatigue and other issues set in from decades of use – Mr Davidson is confident that there's some longevity there.

"We'll go in with Pitt & Sherry engineers and the whole team and they'll do a complete assessment. If it's not able to be reused or they think there's not a lot of life left in it, we will make another decision."

"If we can't get at least another ten years out of that piece of infrastructure we wouldn't [proceed]."

If the Mine Ride comes to fruition, it'll be about a twelve month project with the ride reopening around this time next year.

Wipeout, the park's other major ride closure, is awaiting the replacement of some major components, though Mr Davidson insists that there is about ten years left in this ride once all the work is complete.

"We made the decision that [Wipeout and the Mine Ride] are worthwhile having. They're part of our history and they'll effectively be brand new."

"We've lost Thunder River Rapids forever so we see it as maintaining some of that nostalgia but with updated systems."

Mr Davidson confirmed that Thunder River Rapids remains in place as officials are yet to give them the all clear to demolish it.

"We're confident that we can make that area a proper part of the park. The chairlift, all that goes at the same time. Within probably the next three or four months we'll have all of that infrastructure out of the park. That's a pretty short timeframe."

I point out that the timeframe isn't exactly short given how long Skylink Chairlift and the Mine Ride have sat out of action and Mr Davidson acknowledges the fact that both these attractions have sat dormant for longer than they should have, while reiterating what is an ongoing theme with his strategy for Dreamworld: presentation.

"We've worked hard on the park presentation over the last two or three years within the constraints of what we have. I think the whole board will say we have to do better with that."

The entire structure of the Skylink Chairlift will be removed from Gold Rush through to Dreamworld Corroboree as this area is prepared for a makeover.

There are also significant changes coming to what he describes as the "spaghetti junction" – the collection of elevated pathways that join the Gold Rush area, Giant Drop and Log Ride.

"Someone a long time ago spent a lot of time and effort to make it the most complex thing in the world to get over a set of train tracks."

The new plan for this area will see Giant Drop's load platform completely rebuilt with an open design. The mess of elevated pathways will be removed in favour of a simple, ground-level path that joins this whole area and will allow a clear view from the Main  Street train station through to the Rocky Hollow station.

"You'll have a clear view from the Main Street station all the way down to the Rocky Hollow station and the Log Ride so it'll really clean up that whole area."

Rocky Hollow Log Ride, which has been closed now for over a year will reopen shortly. Risk assessment necessitated removing the ride's tunnel sections to give staff better visibility of riders throughout the winding course.

"The engineering is all in good nick so our plan is to reopen that ride before Christmas."

Dreamworld plans to have all of the "Big 9" thrill rides as well as the Rocky Hollow Log Ride operational by Christmas.