It's been perhaps one of the most disliked things at Movie World since the ride opened in 2005, but as of this week it's gone: no more one-hour locker hire fees for Superman Escape. 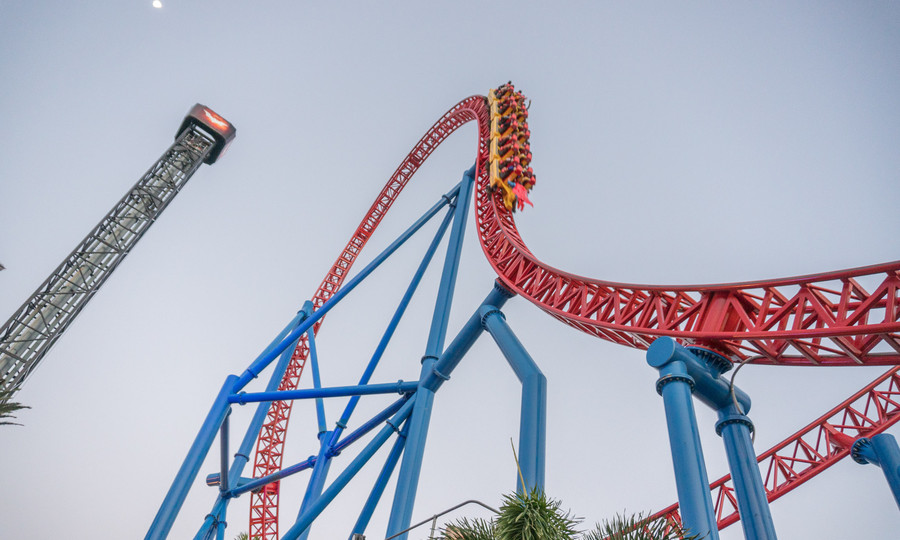 When Superman Escape opened the park decided against loose items bins, like most thrill rides previously, because of the ride's separate load and unload platforms and multiple train operations and opted instead for lockers outside the ride.

Other theme parks overseas have implemented mandatory locker systems for rides before. Islands of Adventure at Universal in Florida has it on major thrill rides like Incredible Hulk Coaster, though there it's free. Riders scan their fingerprint, leave their items free for an hour and scan their fingerprint again to collect them.

Movie World went with a paid locker hire system. It was $1 for 60 minutes when the ride first opened. Early negative feedback was dismissed by noting that the lockers were managed by an external operator and this revenue went to the installation and management of the system.

After a few years however Village Roadshow acquired these locker hire operations so this excuse was gone and the short-term locker hire no doubt became a steady income stream for Movie World.

A few years ago the price was increased to $2. It became an unavoidable part of the experience of riding Australia's best roller coaster. It's of course small change, but nonetheless became a hotbed issue in the Parkz forums and in TripAdvisor reviews.

But no more, along with a suite of new changes at Village Roadshow's parks, Movie World have made these lockers free.

Lockers are now free for one hour; guests that exceed an hour will need to pay up to $8 – $2 for every additional hour – to collect their belongings. The park still offers all-day lockers near the Photo Centre which are a flat rate for the day ($10-20 depending on size at the time of writing).