An application by Dreamworld's owners to trademark the name Flyover Australia gives indications of a name. Meanwhile the park has confirmed that they are looking at increasing the capacity of the forthcoming i-Ride flying simulator ride. 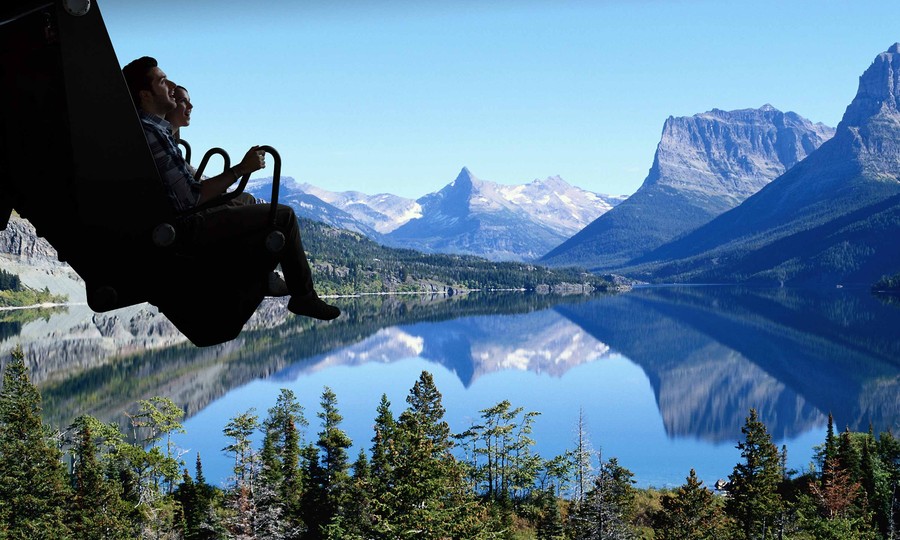 Dreamworld have permanently closed the Dreamworld Cinema as the opening-day attraction prepares to be transformed into an i-Ride Flying Theatre simulator attraction from Taiwanese manufacturer Brogent.

The ride, which was announced on 26 December, is expected to open in late 2018. It will be Dreamworld's first major attraction since 2014's Tail Spin and perhaps the biggest single ride built at the theme park since 1997's Tower of Terror.

As plans for the ride's construction progresses, Dreamworld appear to have made their first moves towards giving the attraction a formal name.

On 29 December Ardent Leisure (owners of Dreamworld) filed a trademark application with IP Australia for the name Flyover Australia. The current status of their application is Accepted – Awaiting Advertisement, which means it is awaiting advertisement in the Trade Marks Journal before the name is officially protected.

The Class 41 trademark includes a wide range of classifications including Cinema presentations and Amusement rides.

Flyover Australia would see the attraction or film's name following the lead of FlyOver Canada, a Brogent i-Ride installation located in Vancouver, Canada.

The company has also applied for a trademark of Flyover New Zealand.

Dreamworld wouldn't comment on the trademark registration, a spokesperson from the park only stating: "Dreamworld has not yet confirmed a name for the i-Ride flying theatre attraction."

Dreamworld seems acutely aware of the sheer popularity and universal appeal of this style of attraction, as the theme park looks to increase its capacity before it even opens. Originally slated to hold 40 people which would allow for around 400 riders per hour, they're now looking to increase this by 50%.

"Dreamworld is exploring the option of increasing the attraction’s capacity from 40 seats to 60 seats. We will confirm this in the coming months," the spokesperson told Parkz exclusively.

When it was first announced in December, Parkz noted that low capacity could be the only issue for an attraction that will certainly be immensely popular. Solving this issue before it happens will surely go a long way to the perennial success of the ride.

Dreamworld's Flying Theatre is expected to open in late 2018.