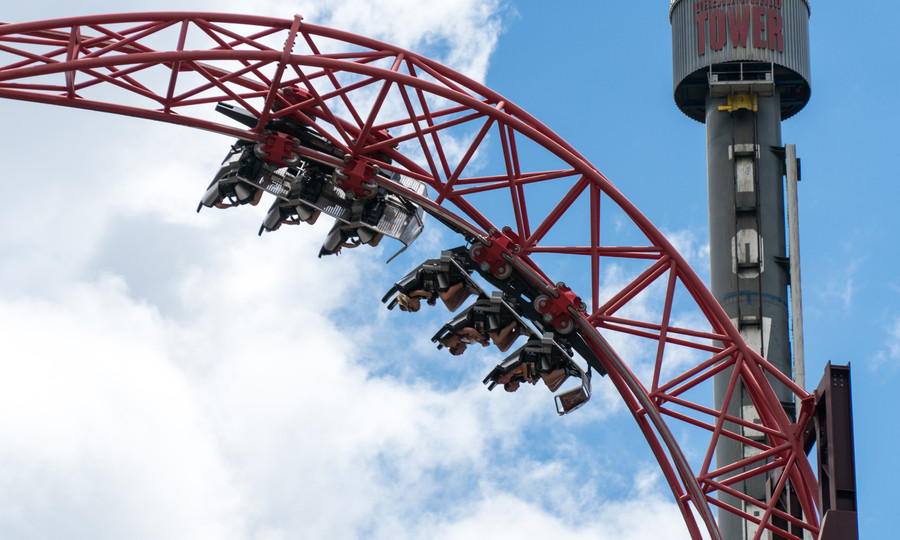 Dreamworld's owners Ardent Leisure Group today released half year results. Performance updates in recent months meant that the accompanying presentation and Q&A session for investors offered little by way of new information about the theme park's financial performance, but the meeting was a chance to hear Ardent's Chairman Gary Weiss reaffirm and refine his vision for Dreamworld.

It's vision that consists of minimal expenditure on the path to recovery in the short-to-medium term while maximising the value of surplus land in the long run – remarkably similar to the strategy of the flailing board and management team he criticised during his very publicly and ultimtely succesful quest to usurp them last year.

Dreamworld attendance grows, but not as anticipated

Dreamworld had an uptick in attendance over the summer which suggests that there has been a turnaround of sorts. 28 December saw 10,000 guests visit the park, their highest figure since prior to the October 2016 accident.

"We're pleased with the progress we're making in terms of visitation [...] it's on a positive trajectory," said Craig Davidson, chief of Ardent Leisure's theme park division.

Despite the improvement, it's not lining up with the optimistic two-year recovery period initially put forth.

"Internally we'd like it to be a little more robust," said Mr Davidson.

Earlier this month Ardent Leisure wiped a significant amount from the value of Dreamworld – revealed today to be $24.8 million – as a result of this slower-than-expected recovery.

Ardent's acting CEO and chief financial officer Geoff Richardson said that these value losses will turn into gains as the park's recovery continues. "At some point in the future the Dreamworld revaluation should change to a credit," said Mr Richardson.

Why is Dreamworld growing?

There's been a turnaround of sorts at Dreamworld, but the question was asked today of why and how exactly this is being achieved. Mr Davidson suggests that it's a result of the return of all attractions to service, which was completed by late January with the long-awaited return of both Wipeout and the Log Ride.

"We believe it's off the back of all of our attractions coming back into operation over the last couple of months," said Mr Davidson.

Curiously however, every attraction at Dreamworld – with the exception of these two stragglers --  has been largely operational for a year or more. There were no attractions that returned to service that would directly account for an uptick in recent months and the reopening of most rides was decidedly low-key, garnering little fanfare outside of rusted-on Dreamworld supporters.  Both Wipeout and the Log Ride reopened in January of this year, at the tail end of the summer when attendance historically starts to ease off as school holidays draw to a close.

Realistically Dreamworld's stronger summer simply reflects the simple fact that with time people forget about tragedy, coupled with unprecedented discounting in the lead-up to Christmas that saw 12-month passes being sold for as low as $49.

"I see a clear runway. We've got every piece of the park operating and we're back to our normal scheduling of downtimes. We've got some new attractions coming so I think we're going to see the trends continuing," said Mr Davidson.

The recent price increases from Village Roadshow Theme Parks are not lost on Ardent Leisure, who plan to follow their competitors with a review of their own pricing strategy. It's nothing new for Dreamworld, who for many years have been playing a game of catch-up when it comes to ticket pricing.

We are pleased that the decade of discounting is finished

"Yes we're aware that our key competitor have substantially changed their pricing model. All I'll say on that is we are reviewing our pricing strategy and we are pleased that the decade of discounting is finished and we see that we can get some more normal pricing structure to the business and what we would call 'air' between our day pass pricing and multi-day pricing and annual pass pricing. There's a distinct lack of that in the last ten years or so," said Mr Davidson.

Despite wanting to move away from discounting, there's no indication that they plan to invest in the same way that Village Roadshow have in recent years to justify their price increases. While Warner Bros. Movie World has the critically acclaimed, record-breaking DC Rivals HyperCoaster that forms just one part of around $200 million investment in the past five years, Dreamworld's investment for the same period adds up to less than $50 million. The theme park has not added a major, blockbuster attraction in decades.

We do not see ourselves as entering a major arms race with our competitor in terms of the level of expenditure.

Chairman Gary Weiss reiterated throughout this morning's presentation that investment in the theme park will be lean – specifically rejecting the idea of matching their competitors in terms of attraction investment.

"We will be making investment into the park as I've indicated but also to reiterate comments I have made previously, we do not see ourselves as entering a major arms race with our competitor in terms of the level of expenditure that they have put into their parks over recent times," said Dr Weiss.

Reinvigoration is a term that Ardent Leisure Chairman Gary Weiss loves to use when talking Dreamworld, though aside from emphatically stating that they won't be spending big, they're tight-lipped about exact figures.

"We won't provide any particular guidance or commentary on [capital expenditure]. I've said previously in terms of our theme park business in particular that we fully expect that we have a requirement to reinvigorate the park and we're very committed to do that. We do think though that the investment we're looking to make can be at reasonably prudent levels and that we are also able to achieve some material impact for appropriate levels of expenditure," said Dr Weiss.

The half year results released today make brief mention of plans to expand the WhiteWater World water park and a new "dark ride".

Sale of surplus land... or Dreamworld

With the sale of their bowling division in December, Dreamworld is Ardent's only remaining Australian asset. With recent years of underperformance and the sheer value of its land, the question of the park's sale came up as it has many times in recent years.

Investigations into selling excess land are still underway and fall into a more long-term strategy with Dr Weiss suggesting that they will not see anything happening in the near future.

One question surrounded the favourable debt position that Ardent Leisure are in, and how the sale of surplus land – or the entire park for a hypothetical $300-400 million – puts the company in a prime position to ramp up the rollout of Main Event centres in the USA.

Far removed from the company's stance a year ago when Dreamworld was absolutely not for sale, Dr Weiss conspicuously tip-toed around the prospects of selling the park to fuel overseas expansion: "I repeat that our focus is on reinvigorating what we have at our theme parks and we believe there is a great opportunity to refresh the park, to reinvigorate it and to drive visitation back to normalised periods and to do a lot better financially than the current figures suggest."