Following an abortive attempt to register the name Flyover, Dreamworld owners borrow the name of an American pornographic film star for the latest apparent move in naming their forthcoming flight simulator attraction. 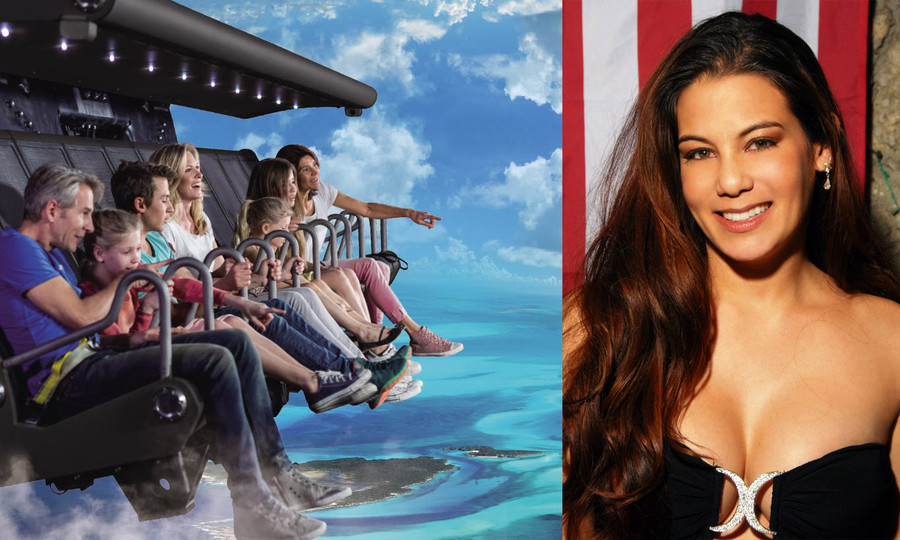 In the days following the announcement of the i-Ride attraction, Dreamworld owners Ardent Leisure moved to register the trademark Flyover Australia, borrowing the name from Brewster Inc., the Canadian operator of similar attractions.

Evidently the Canadian firm noticed, because shortly thereafter the Ardent application had been canceled while Brewster had moved to protect the name for themselves.

Fast forward to 19 September and Ardent Leisure look to be back with a new attempt at a name with their latest trademark application: SkyRyder.

Sky rider isn't a new term for Dreamworld – many will remember this name from their rushed VR addition to Mick Doohan's Motocoaster that never actually opened. But in launching a new attraction that Ardent hopes to replicate elsewhere in Australia and internationally, they needed a name they could own and protect via trademark.

Australian gambling giant Aristocrat holds the trademark for Sky Rider (in different but somewhat related gaming entertainment categories), and Ardent no doubt didn't want to take their chances following the Flyover debacle. And so in true Intellectual Property 101 fashion, Ardent decided to shake things up by crafting a unique name in SkyRyder that they could own unopposed.

A Google search for Sky Ryder this time doesn't bring up any similar attractions around the world, but it does prominently display the profile of Ryder Skye, a pornographic film actress from Los Angeles, California. Ms Skye is the star of such notable films as Blow Me Sandwich 14, Cougar Sandwich 2, Bad Milfs and some 89 others listed on her IMDB profile. 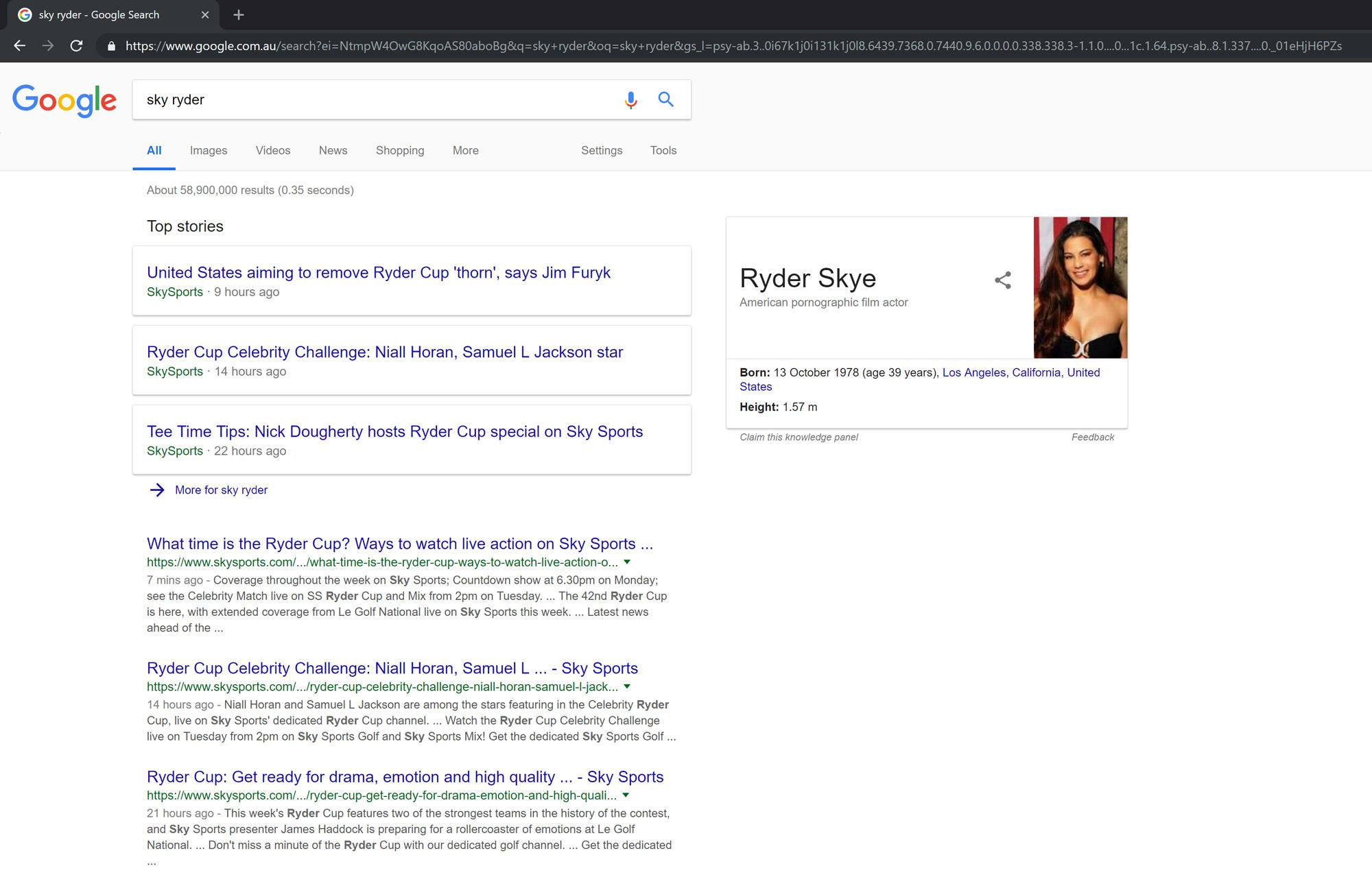 Los Angeles is also the home of Soarin' Over California at Disney California Adventure, the world's first ride of this style, which uses sound, lighting, movement and even scents to simulate the namesake experience.

Ardent Leisure haven't been without missteps over the last year or so, but considering Ms Skye isn't buried in the depths of the search results but rather prominently displayed at the top of the first page – photo and all – it's hard to see how they missed it.

Spare a thought for Dreamworld... they really do make it too easy for us. And if you're searching for photos of Dreamworld's forthcoming new ride, best you leave safe search on for the time being.