Closure and downturn from COVID-19 led to predictably disappointing financial results for Village Roadshow's theme park division, where 900,000 fewer guests visited. Despite uncertainty the company is pressing head to have the forthcoming Leviathan wooden roller coaster up and running by Easter while also announcing that they will be removing two yet-unnamed rides at their Gold Coast theme parks. 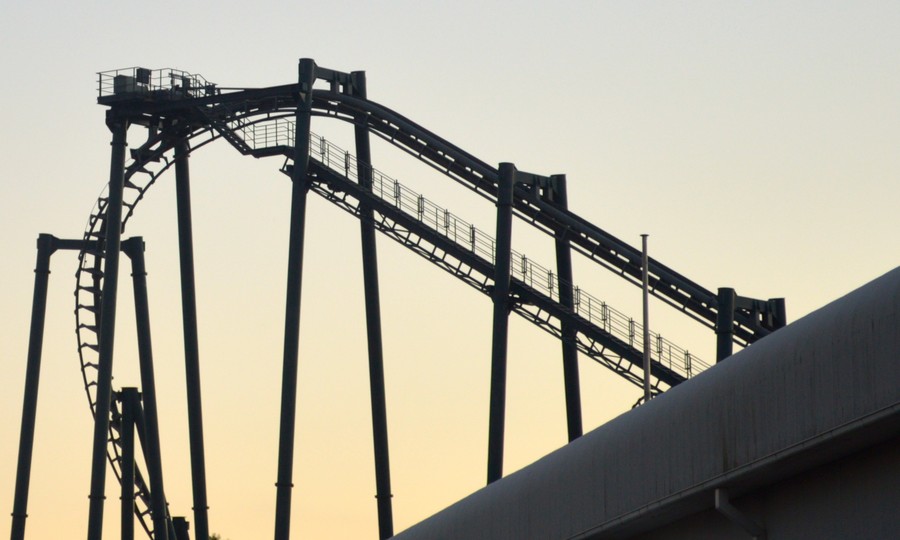 Where a strong start to the financial year saw Village Roadshow Theme Parks deliver earnings of $39 million in the first half, COVID-19 lockdown and travel restrictions meant their full year earnings reached a mere $39.9 million. Following three months of complete closure, their Gold Coast theme parks have been operating with as little as 30% of last year's attendance for the months since their staggered reopening commenced in June.

Like Dreamworld, Village Roadshow have signalled that they're pressing ahead with planned attractions at their theme parks, with both companies having separately secured finance to steer them through the next year or more of uncertainty.

Where Dreamworld have stated that their as-yet-unnamed roller coaster will open in the second half of 2021 with construction set to commence in October, Village today pointed to an Easter 2021 opening date for their wooden roller coaster Leviathan, which is already well underway with foundations for the sprawling roller coaster completed. Vortex has been completed for several months and reportedly awaits final comissioning by its German manufacturer Huss.

Trident, originally slated to be the third and final ride component of The New Atlantis is not mentioned in today's financial results, suggesting it may no longer on the cards for the current financial year. The 52m tall Star Flyer from Funtime is still listed on the Sea World website as a forthcoming attraction.

While Dreamworld yesterday announced that Big Red Car and FlowRider were closed and Buzzsaw would likely follow in the near future, Village today too have announced that some of the forthcoming year's $70+ million capital expenditure related to the decomissioning of two rides.

While no specifics were released regarding which two attractions were facing the wrecking ball, several likely candidates exist across their Gold Coast theme parks. Arkham Asylum - Shock Therapy has faced increasing uncertainty in recent years and has sat dormant for some time. It is currently listed as closed for unspecified maintenance on the Movie World website with no scheduled reopening.

The Mach 5 water slide tower at Wet'n'Wild Gold Coast has been removed from the Wet'n'Wild website and the collection of slides currently sits unused.

While Sea World Monorail System has faced its own set of rumours regarding removal, Sea World remain emphatic that its current closure and removal from the theme park's website merely relates to construction of The New Atlantis and it will return upon completion of the area.

Dreamworld yesterday justified their ride removal as part of a need to downsize and remove 'duplicate' ride experiences, all but sealing Dreamworld's fate as a diminished theme park with fewer attractions. There is every indication however that Village Roadshow have retired these attractions with the intention of replacing outgoing rides with new attractions and experiences, having previously signalled that new attractions were on their way to both Warner Bros. Movie World and the increasingly neglected Wet'n'Wild, ostensibly to replace the old.

Today's presentation from Village Roadshow also reiterated that the ongoing buy-out plan is still underway, with private equity firm BGH Capital looking to move the publicly listed company to private with existing shareholders being invited to either sell or retain their stake in the new private entity.