For the third time, Dreamworld owners Ardent Leisure have applied to trademark a potential name choice for the forthcoming i-Ride flying theatre attraction. 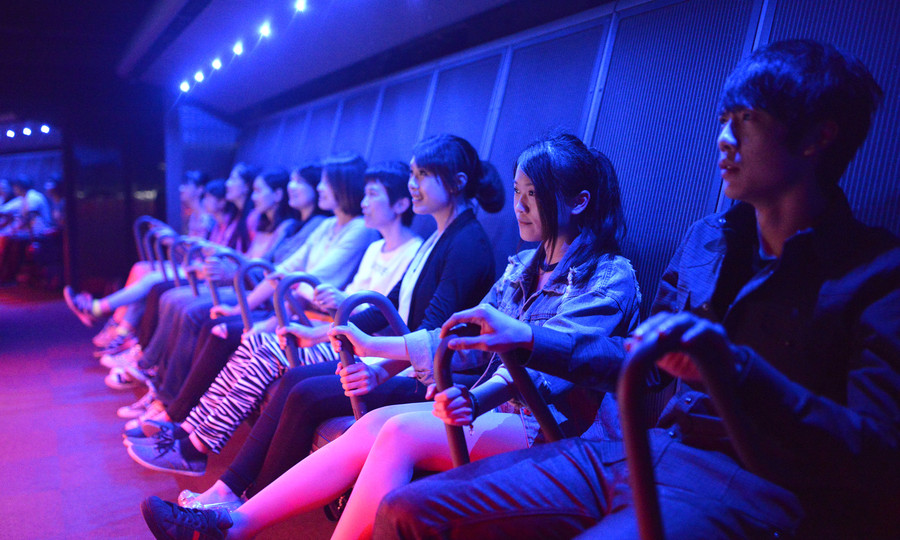 Since announcing it last December, the quest by Dreamworld to name their i-Ride attraction has been a ride in itself.

The first name applied for was FlyOver Australia (and FlyOver New Zealand, signalling international expansion plans for the concept). Not long after writing about it on Parkz, the application was cancelled and the operators of FlyOver Canada switfly moved in to protect their brand with their own application to protect the name Flyover in Australia.

Just last week we shared news that they'd applied for the name SkyRyder – and we pointed out that a simple Google search for the name returned results for adult film star Ryder Skye.

It would appear that this revelation caused Dreamworld to go back to the drawing board.

And so with only a few months to go before the ride opens Ardent Leisure have tried again. This time it's SkyVoyager. Like the trademark applications before it, Ardent Leisure Limited have applied for a Class 41 trademark for the term, which covers cinema presentation and amusement rides.

And it seems it might be a case of "third time lucky". As best we can tell it's not a name brazenly stolen from a competitor and it doesn't have close ties to the adult film industry. It's safe to say that Dreamworld's marketing team spent some time Googling various combinations of this name and uncovered nothing salacious.

SkyVoyager is bland – it doesn't have the iconic ring of Soarin', that's for sure – but it sufficiently captures what the ride is all about. It must be said that the trend towards CamelCase names is a bizarre fixation our theme parks have had for the past few years; doesn't Sky Voyager simply look much neater?

The diligent Parkz investigative team have uncovered no ties to the Illuminati with this latest choice, so it looks like Dreamworld's forthcoming i-Ride attraction will be named SkyVoyager.