Extended trade till 8, yet people still have a piss and a moan. Far out.   It's summer holidays, you know what this event needs to be? Park is open till 8. Perfect! Parade at the end is just 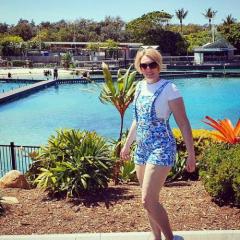 I'd consider myself more 'general public' than enthusiast these days.  We (myself, husband, 12yo, 9 yo) went from about 2pm til closing yesterday.  We had not previously been to any superheroes and su

But do events such as White Christmas need to change years from years? The target market is families with young kids. (For WC) Once these kids grow up they move onto evens such as fright nights. Then